Big Brother couple Nicole Franzel and Victor Arroyo are ready for their baby boy’s arrival — they even have his name picked out!

The pair have chosen the moniker Victor Arroyo IV, they revealed via Instagram on Monday, June 21. His nickname will be Arrow Arroyo.

“Victor wants to continue his family tradition since he is Victor Arroyo III,” Franzel told Us Weekly exclusively of the inspiration behind the little one’s name. “The nickname is something everyone can call him by so he’s not ‘little Vic [or] baby Vic’ his whole life. I’m hoping Arrow sticks like Coco stuck for me! All my closest people in my life call me Coco and I love it.” 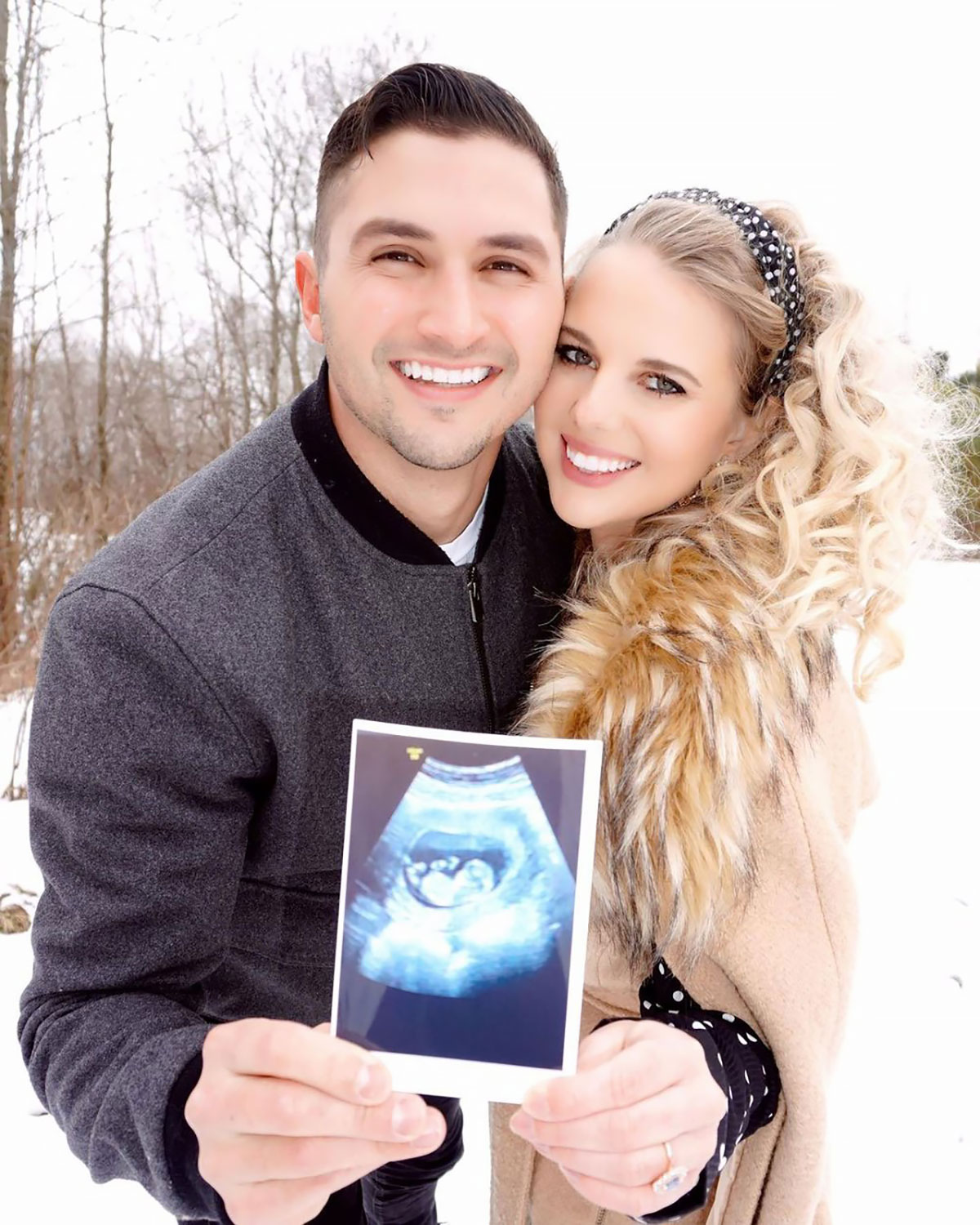 The couple came up with Arrow after a fan of their “Coco Caliente Podcast” made a typo in the listeners’ Facebook group. “A woman meant to write Arroyo … and it autocorrected to arrow,” the twosome told Us. “We saw it and loved it. We also know no one by that name which is another plus.”

While the pair knew they had to carry on the Arroyo tradition with their son, they wanted to add a little something special with a nickname. “Victor liked Cuatro and I liked Four,” Franzel said. “But those were too simple.”

In January, the reality stars announced via Instagram that they are starting a family. “Nic + Vic = our lil’ side kick,” Franzel, 28, captioned a photo of herself and Arroyo, 30, snacking. “We are SO excited to announce that we are PREGNANT! We feel so blessed & grateful.”

The Louisiana native added with a post of his own: “We’re pregnant. Seven-week ultrasound picture; currently 11 weeks!!” 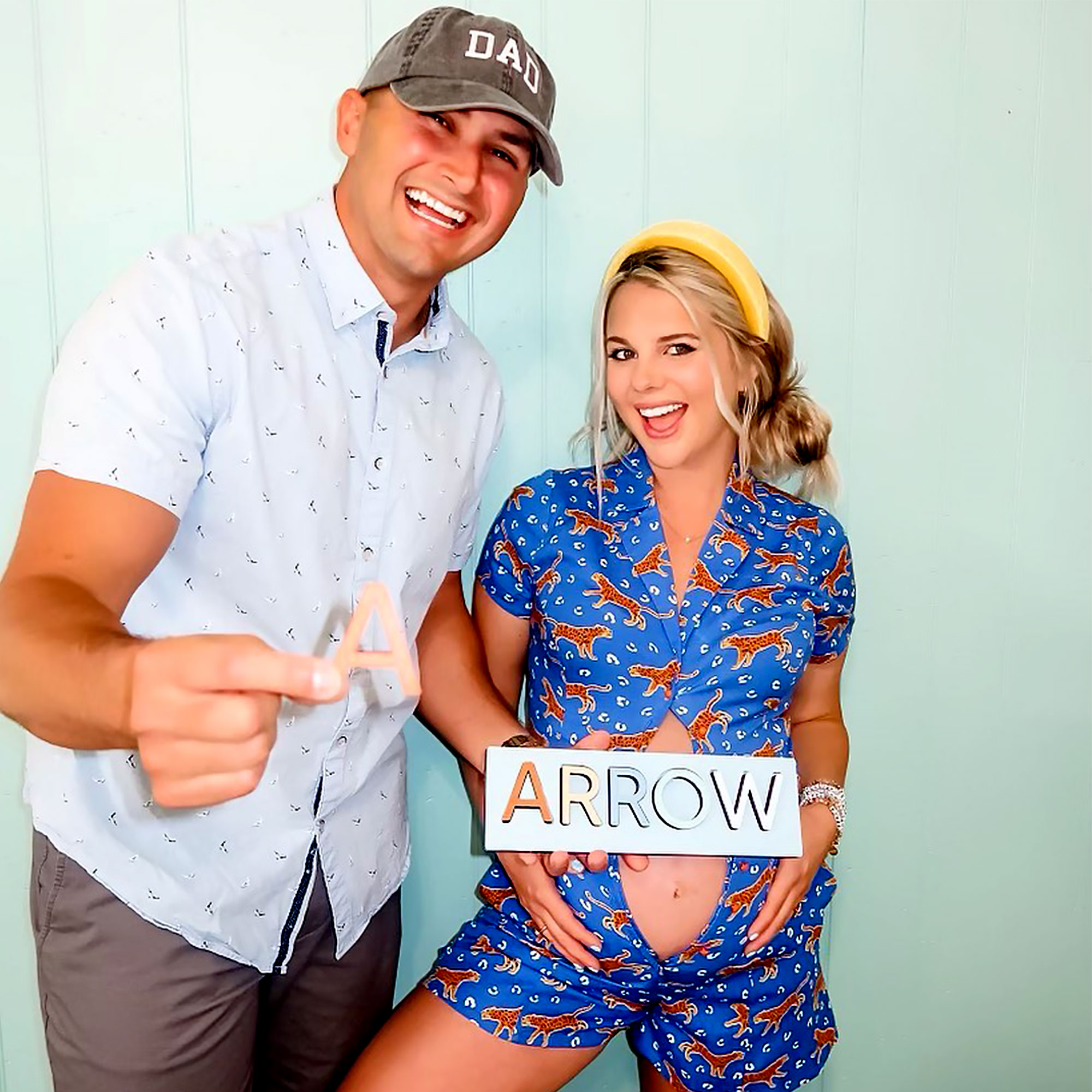 The former Amazing Race stars wed in Florida two months after their baby reveal. The newlyweds exclusively told Us following their March nuptials that tying the knot felt “amazing” after previously postponing the wedding amid the coronavirus pandemic.

The couple gushed, “We’ve been waiting for this moment for so long and it’s finally happened. All the stress of having a wedding is lifted off our shoulders. Now all our attention is focused on having a healthy and happy baby.”

The ceremony seemed somewhat “unimportant” with their baby on the way, Arroyo told his wife in a “Coco Caliente” podcast episode. “We just want to get married to get that out of the way to have our baby and focus on the baby.”

The Michigan native agreed, chiming in, “This is all I care about already and I’m so happy about it. There’s so much that could be going on around me but just, like, the core important things are even more clear now.”

Less than one week after saying “I do,” the former CBS personalities shared the sex of their upcoming arrival with a canister of blue whipped cream.

Franzel has continued sharing her baby bump progress with her Instagram followers, from their beach babymoon to their carnival-themed baby shower. She showed her bare stomach in a 30-week update in May. “Thirty [weeks], flirty, & thriving,” she captioned the smiling Instagram slideshow. “I looooove being pregnant!! Except for peeing my pants alllll the time.”

Former Bachelorette Ali Fedotowsky called the nurse “adorable” at the time, while Married at First Sight‘s Jamie Otis commented, “You are probably the cutest pregnant person ever.”

As her due date approaches, Franzel is “so excited” to start her next chapter with her husband as proud parents. “I’ve waited my whole life for this! We have an amazing support system to help us and Victor gets three months paid paternity leave which is such a blessing,” she told Us on Monday. “My mom will be there any time we need her too.”

While the couple “are a bit nervous” for their baby boy’s arrival, they’re eager to see what the big change will bring them. The end of her third trimester has “been tough physically,” but Franzel has had a “wonderful” experience.

“I love love love being pregnant,” she gushed. “I’ve never felt so beautiful. … We know our life will be changing but it’s the best change we could ask for.”