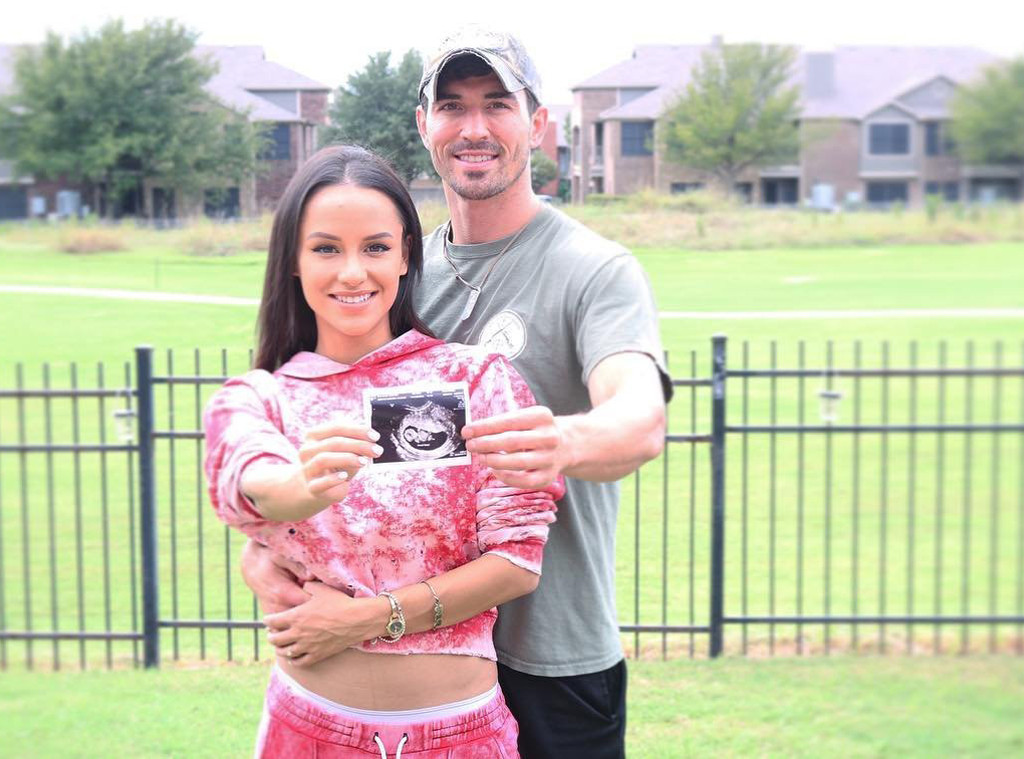 Jessica Graf and her fiancé Cody Nickson both announced on Instagram today that they are expecting their first child together. “WE’RE PREGNANT! And I’m over the moon! I’m so excited to bring our first child into this life we have created together!” Graf captioned a photo of her and Nickson holding up a sonogram. According to her caption, Graf is about 11 weeks pregnant and is due on April 11, 2019 “just two days before Cody’s birthday.”

In his upload, Nickson said he and Graf are “blessed” and “beyond pleased.” He added, “I’m looking forward to Jessica being my wife and the matriarch of the Nickson establishment in Texas. What an incredible year.”

Graf told E! News in a statement how she found out about her pregnancy and the way she decided to reveal it Nickson. “We actually found out while watching the finale of The Bachelorette,” she told us. “I wasn’t feeling well at all and decided to take a test even though I was pretty sure I wasn’t pregnant! I didn’t tell Cody I was taking a test. I just went and laid back in bed with him, pregnancy test in my hoodie pocket.”

Big Brother Status Check: Which Couples Are Still Together?

The Big Brother contestant forgot that the test was sitting in her pocket and decided to look at it after Becca Kufrin handed out her final rose. She said she “immediately gasped at the result” and then handed the pregnancy test stick to her beau. “He immediately burst out into laughter and I burst into tears! It was the best surprise!” she told E! News.

Both of their families can’t wait for the new addition. This will be Graf’s mother’s first grandchild, but the eighth for Nickson’s parents. He has a daughter, Paisley, who apparently “has been asking us for a baby boy all summer.”

Graf and Nickson, however, don’t know the sex of the baby just yet. “We are having a gender reveal brunch the day after our wedding so that all our family and friends can celebrate with us,” she told E! News.

As for pregnancy symptoms, Graf considers herself “lucky” because she’s “feeling great!”

Every day, Jessica and I thank the Lord for all the blessings He gives us. And now we are blessed with the greatest gift… a child. We are beyond pleased. Thank you for all who have stood with us in support… and thank you to those who have opposed us to make all the victories worth it. I’m looking forward to Jessica being my wife and the matriarch of the Nickson establishment in Texas. What an incredible year.

The two met during their stint on Big Brother season 19 and Nickson even said on TV that he “will” marry Graf. The lovebirds got engaged in February when Nickson popped the question at the top of Runyon Canyon in Los Angeles.

Their adventures didn’t stop with Big Brother. The couple joined The Amazing Race season 30 and were the ultimate competing couple to watch out for. In fact, they won.

Congratulations you two on the new addition to the family!