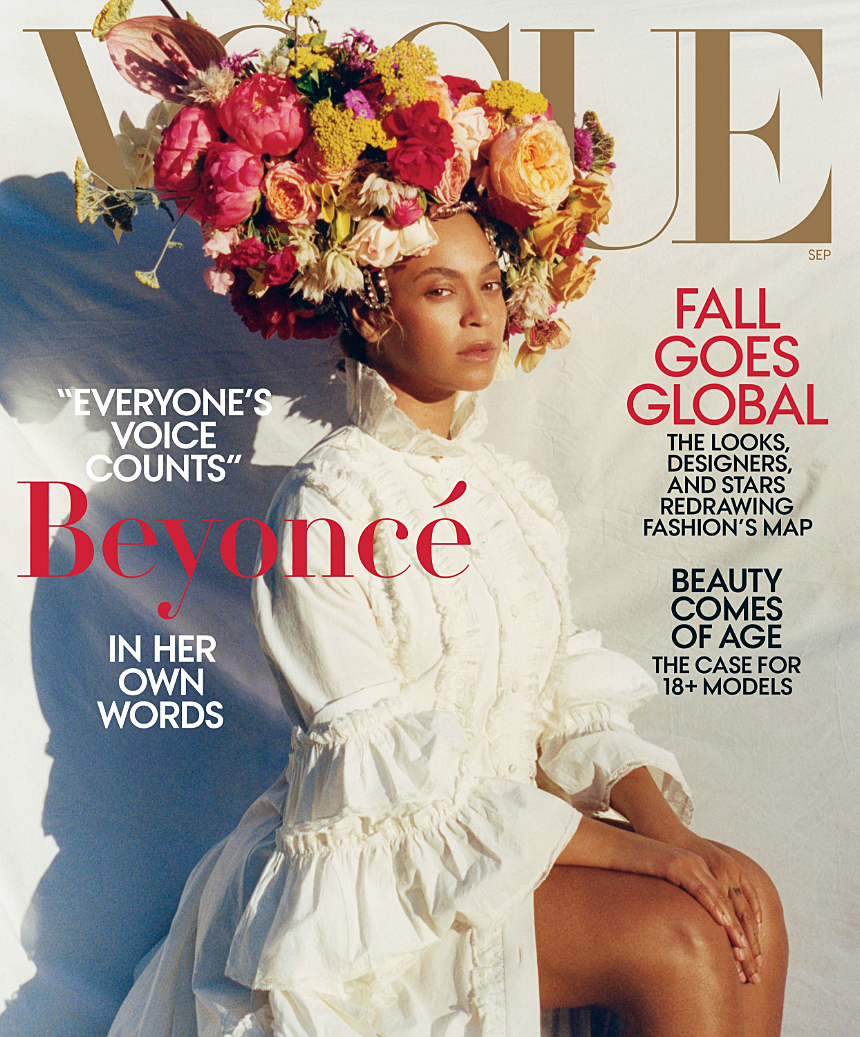 Beyoncé is pulling back the curtain. The pop superstar opened up to Vogue about her pregnancies and how she has learned to accept her post-baby body.

“After the birth of my first child [Blue Ivy, 6], I believed in the things society said about how my body should look. I put pressure on myself to lose all the baby weight in three months, and scheduled a small tour to assure I would do it,” Beyoncé, 36, recalled to the magazine for its coveted September 2018 cover story. “Looking back, that was crazy. I was still breastfeeding when I performed the Revel shows in Atlantic City in 2012.”

Five years later, the “Formation” singer announced that she was pregnant again. “After the twins, I approached things very differently,” she said.

“I was 218 pounds the day I gave birth to Rumi and Sir [now 13 months],” she continued. “I was swollen from toxemia and had been on bed rest for over a month. My health and my babies’ health were in danger, so I had an emergency C-section. We spent many weeks in the NICU.”

Beyoncé had a shoulder to lean on, though, and it belonged to her husband of 10 years, Jay-Z. “[He] was a soldier and such a strong support system for me,” she gushed. “I am proud to have been a witness to his strength and evolution as a man, a best friend, and a father. I was in survival mode and did not grasp it all until months later.”

The 22-time Grammy winner said her “core felt different” after she underwent the C-section. “Some of your organs are shifted temporarily, and in rare cases, removed temporarily during delivery. I am not sure everyone understands that,” she explained. “I needed time to heal, to recover. During my recovery, I gave myself self-love and self-care, and I embraced being curvier. I accepted what my body wanted to be.”

That said, Beyoncé had to make some lifestyle changes to prepare for her headlining gig at the 2018 Coachella Valley Music and Arts Festival this April. “I became vegan temporarily, gave up coffee, alcohol and all fruit drinks,” she told the publication. “But I was patient with myself and enjoyed my fuller curves. My kids and husband did, too.”

These days, the former Destiny’s Child member is embracing her body. “My arms, shoulders, breasts and thighs are fuller. I have a little mommy pouch, and I’m in no rush to get rid of it,” she admitted. “I think it’s real. Whenever I’m ready to get a six-pack, I will go into beast zone and work my ass off until I have it. But right now, my little FUPA and I feel like we are meant to be.”

For the latest celebrity news and interviews, subscribe to our new podcast “In Case You Missed Us” below!