Blending families is never easy, but there are ways for families to make the transition, well, easier. A big part of dating someone with children, especially if you have kids too, is easing them into the relationship. It’s generally said that the adults should establish their relationship first. When the parents can see that their little ones — or even teens — are ready for the introductions, then that can happen. But when you add in a dash of celebrity time tables, these situations can get a little accelerated.  And from the outside looking in, that seems to be the case with Jennifer Lopez and Ben Affleck’s new, “surprise” romance, and the relationship milestone of meeting the kids. 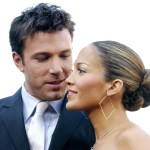 Reports say that the couple have been getting to know each other’s kids. And while we’ve seen Lopez’s kids, twins Max and Emme, 13, (with Lopez’s ex-husband, Marc Anthony) spend time with Affleck a few weeks ago as Lopez’s sister Lynda celebrated her 50th birthday, and have been spotted out with the superstar couple since then, we have rarely seen Affleck’s kids with the family. Just a few days ago, Affleck’s son Samuel, 9, spent a fun day at the amusement park with Jennifer, Ben, and Max and Emme, but Affleck’s daughters Violet, 15, and Seraphina, 12, have yet to be seen out and about with the crew.

It could be just a thing where teens have busier schedules and would rather not go to amusement parks and birthday parties (we can see the eye rolls from our own teens now), but there’s also the case where they could be holding off meeting the “Love Don’t Cost a Thing” singer on purpose. We can definitely relate to a pre-teen and teen not being in a rush to meet their dad’s new love, especially since it’s someone that he famously dated before marrying your mom, Jennifer Garner. Plus their dad recently ended his relationship with actress Ana de Armas and Lopez’s her breakup from ex-fiancé Alex Rodriguez was highly-publicized and even more recent. We think kids don’t pay attention to this stuff, but oh boy, do they ever, especially at the teen age when there’s peer pressure and social media documenting Bennifer’s every move.

Ben’s daughters may also be cautious because they’re loyal to their super-mom Garner (we’re not putting pressure on Jennifer Garner, she’s just super), and they want the best for their dad and don’t want to see him headed for heartbreak. Though Bennifer’s 2003 union was “hot and heavy”, it’s said that they split because they were are very different paths at the time. Now, it seems the couple have lived a bit more life and are reportedly (and from the pictures we’ve seen) “super happy.”

No matter how happy the couple is, the kids deserve the time to come to terms with their parents’ new romance in the timing that they need.

Before you go, click here for all the celebrity splits and divorces we never saw coming.