Happy and hydrated! Pregnant Hannah Ferrier set the record straight after she was accused of drinking wine in a baby bump photo.

Take That! Tori Rolff and More Celeb Moms Clap Back at Parenting Police

The Below Deck star, 33, posted a picture of herself cooking in a sports bra and shorts while drinking from a wine glass with her budding belly on display on Thursday, July 16. When an Instagram troll commented, “In the USA, we don’t drink when pregnant,” the Aussie replied, “That’s good for you. And def not unsafe to have sparkling water with fruit in a wine glass.” 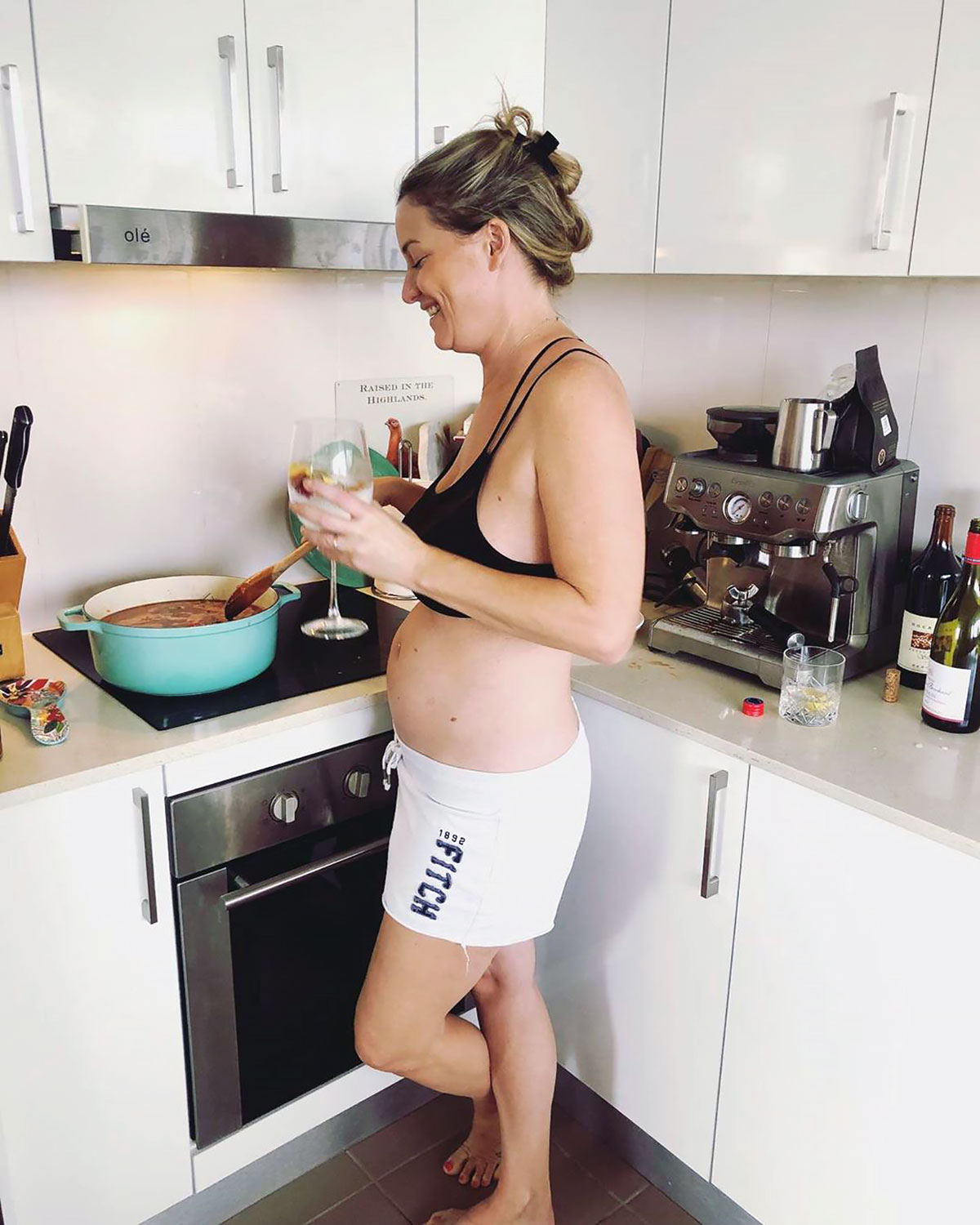 Another one of her followers wrote, “Hannah if you’re pregnant as we can see that you are, why are you drinking?” The Bravo personality said that her “body still needs fluids to survive — especially during pregnancy,” adding, “Might I suggest sparking water and fresh fruit as photographed?”

Ferrier has only missed wine when she’s cooking, she wrote to Selling Sunset‘s Christine Quinn. “I can’t wait until there’s wine in the glass again, although I haven’t really missed it at all,” the mom-to-be wrote.

The reality star announced in June that she is pregnant with her and her boyfriend Josh‘s first child. “You are already my favorite adventure,” she captioned her Instagram announcement.

“I literally keep bursting into tears from happiness,” Ferrier gushed on her July social media upload. “It’s quite amusing. Especially when I’m in the middle of the supermarket or something.”

The chief stewardess is now six months into her pregnancy and due in October. The Below Deck Med star has gotten great parenting training from the show, she told Bravo’s Daily Dish last month.

“People are like, ‘Oh, it’s the hardest thing, and you’ll be so sleep deprived,’” Ferrier said at the time. “I’m like, I just cannot see it being any harder or any more sleep deprived than a season of Below Deck Med, that’s for sure. If you ever want training to be a mother, then you should probably go and work on a superyacht for a few years, because I think it’ll be a walk in the park compared to that.”