Sharing her support! Christine “Bugsy” Drake “couldn’t be happier” for her former costar Hannah Ferrier amid her pregnancy.

“I think she’s going to be a really good mom,” the Below Deck Mediterranean star, 30, exclusively told Us Weekly on Thursday, July 30, while promoting the Bravo show. “I think she’s at that point in her life where she really wants kids. I watched back on the first episode of the first charter with the family with a lot of kids, and she did really well with them.”

The South Africa native went on to say that the pregnant reality star, 33, is “glowing” and “ looks amazing,” gushing, “I’m happy for her.” 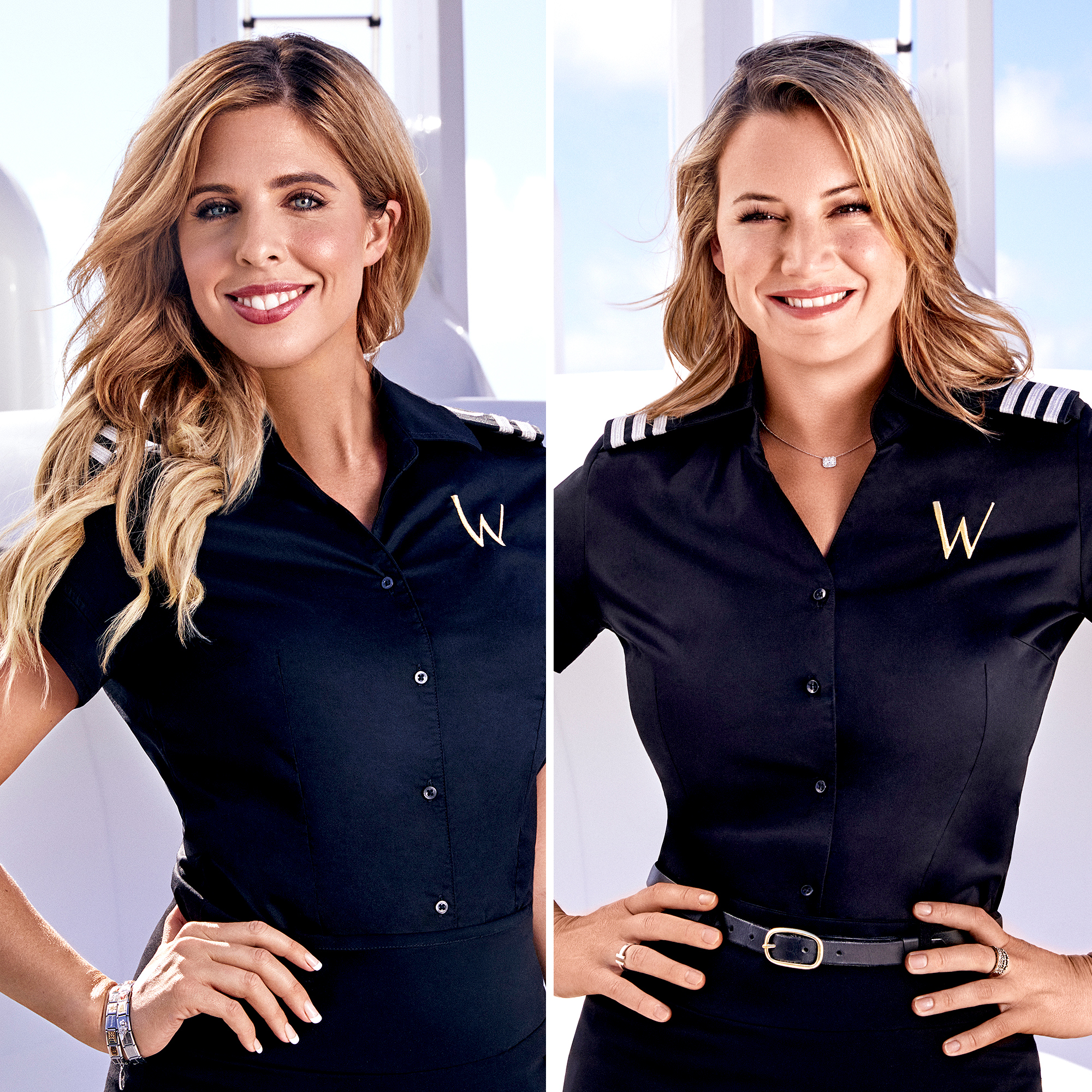 Ferrier announced in June that she is pregnant with her and her partner Josh’s first child, writing via Instagram: “You’re already my favorite adventure.”

Since her reveal, the former Bravo personality has been documenting her baby bump progress — and clapping back at mom-shamers. When a social media troll called her out for holding what appeared to be a glass of wine in a photo last month, Ferrier replied, “My body still needs fluids to survive — especially during pregnancy. Might I suggest sparking water and fresh fruit as photographed? … Def not unsafe.”

Later that same month, an Instagram user commented on one of her photos: “I hope that you will choose to retire from your yachting career and commit to raising your child personally, becoming a full-time mother to your child.”

The chief stewardess wrote back at the time that retiring from yachting didn’t mean she had plans to be a full-time mom. “Everyone is different and having a happy and fulfilled mother is a lot better for the child than having a mother who’s around 24/7,” Ferrier explained.

Drake supported Ferrier in her responses, telling Us on Thursday: “I let people do what they want to do.”

As for her own family plans, the Drake sees herself having children “far off” in the future, telling Us, “Not now.”

Below Deck Mediterranean airs on Bravo Mondays at 9 p.m. ET.

With reporting by Joe Drake