Planning on a pack! Bekah Martinez welcomed her first child, Ruth, with her boyfriend, Grayston Leonard, in February — and she’s already thinking about having more. 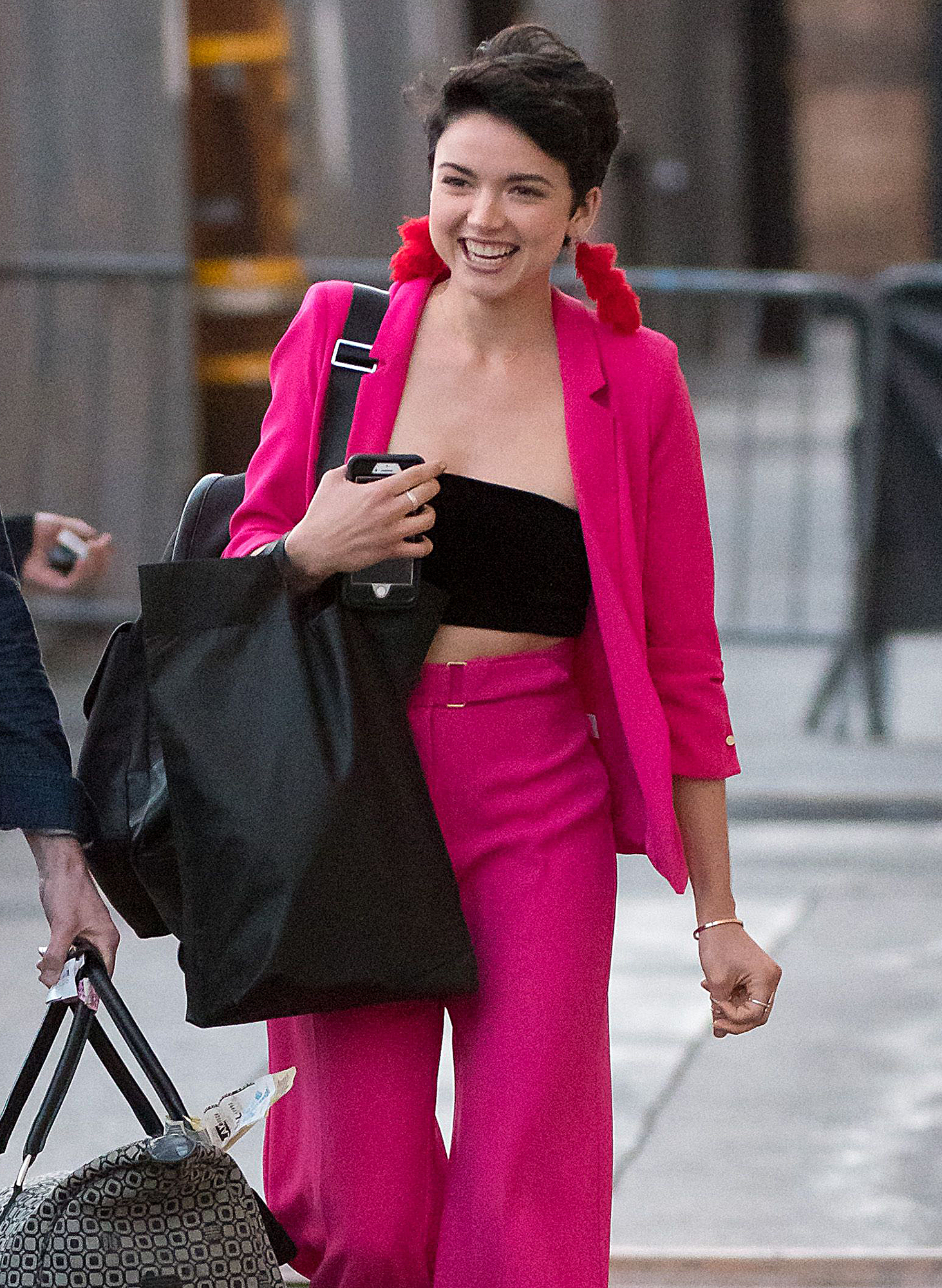 “I would be fine with five or six,” the Bachelor alum, 24, told Us Weekly exclusively on Tuesday, August 13, while celebrating Love After Lockup with We TV and OK! “Maybe just five. But for now, we want to keep it just [Ruth] for a couple of years. We can travel with her really easily, so we want to stick with her and then go for the rest.”

The former reality star went on to tell Us about her 6-month-old daughter’s latest milestones. “She’s about to start crawling,” the new mom revealed. “Right now, she’s very stationary, so that’s great!”

The “Chatty Broads” podcast cohost gave birth to Ruth at her home in February. “On the morning of February 2nd, our little girl joined us earth-side and we will never be the same,” she captioned a series of Instagram pics at the time. “We are all as healthy and happy as can be.”

Her boyfriend shared a photo of the infant as well, writing, “#nopicturesplease.”  In the pic, the little one held her hand over her face while nursing.

Nearly one week later, Martinez unveiled their newborn’s name. “Introducing… Ruth Ray De La Luz Leonard … (aka Ruthie Ray),” she wrote. “Ruth = Grayston’s grandmother’s name and one of my favorite biblical stories. Hebrew for friend or companion. Ray = Because Ruthie Ray is too damn cute. De La Luz = My dad’s middle name. Spanish for ‘of the light.’ A tribute to my Mexican heritage. Leonard = Her Daddy’s last name.”

Life has changed for the former ABC personality since her daughter’s arrival, she told Us on Tuesday. “I [don’t] have the freedom to go out with my boyfriend or with my girlfriends,” Martinez explained. “On the other hand, I have an excuse to not go out and stay in!”