Renegades – Born in the U.S.A., the podcast hosted by former President Barack Obama and Bruce Springsteen has proven to be a treasure trove of anecdotes, stories, and wisdom from two of America’s best-loved icons. The unlikely pair proved yet again this week that they aren’t afraid of discussing difficult topics and telling tough stories when they talked about growing up with absent fathers or the impact of the toxic masculinity they learned in their teens on their adult lives. 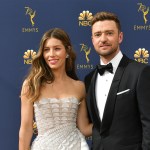 Obama shared stories of his time growing up without his father and the role that absence played in the development of how he thought men should act. After the birth of Malia, though, his ideas changed.

In his memoir, Promised Land, Obama discussed the impact his late father had on him. “I thought about my own father,” Obama wrote in the memoir, “whose absence had done more to shape me than the brief time I’d spent with him.”  He says he “realized that there was no place on earth I would rather be” than with his daughters.

On the podcast he spoke of how he’s addressing toxic masculinity and the legacy of absent fathers with his girls.

“The interesting thing is the degree to which that hasn’t changed that much,” Obama said regarding toxic masculinity. “You read articles, I talk to my daughter’s friends about boys growing up, and so much of popular culture tells them that the only clear, defining thing about being a man, being masculine, is you excel in sports and sexual conquest.

“But there is a bunch of stuff in there that we did not reckon with and — and now you’re seeing with Me Too, part of what we’re dealing with in terms of women still seeking equal pay, part of what we’re still dealing with in terms of domestic abuse and violence. There was never a full reckoning of what our dads — who our dads were, what they had in them,” said the former POTUS. “How we have to understand that and talk about that. What lessons we should learn from it. All that kind of got buried.”

And it seems like Obama is doing what he can to unbury and address those issues, not only in his own life with his family, but in society as a whole.