In a YouTube video, the couple’s 2-year-old daughter, Alessi, held her baby brother for the first time and asked for his name. “Baby Lux!” Luyendyk Jr., 39, replied. 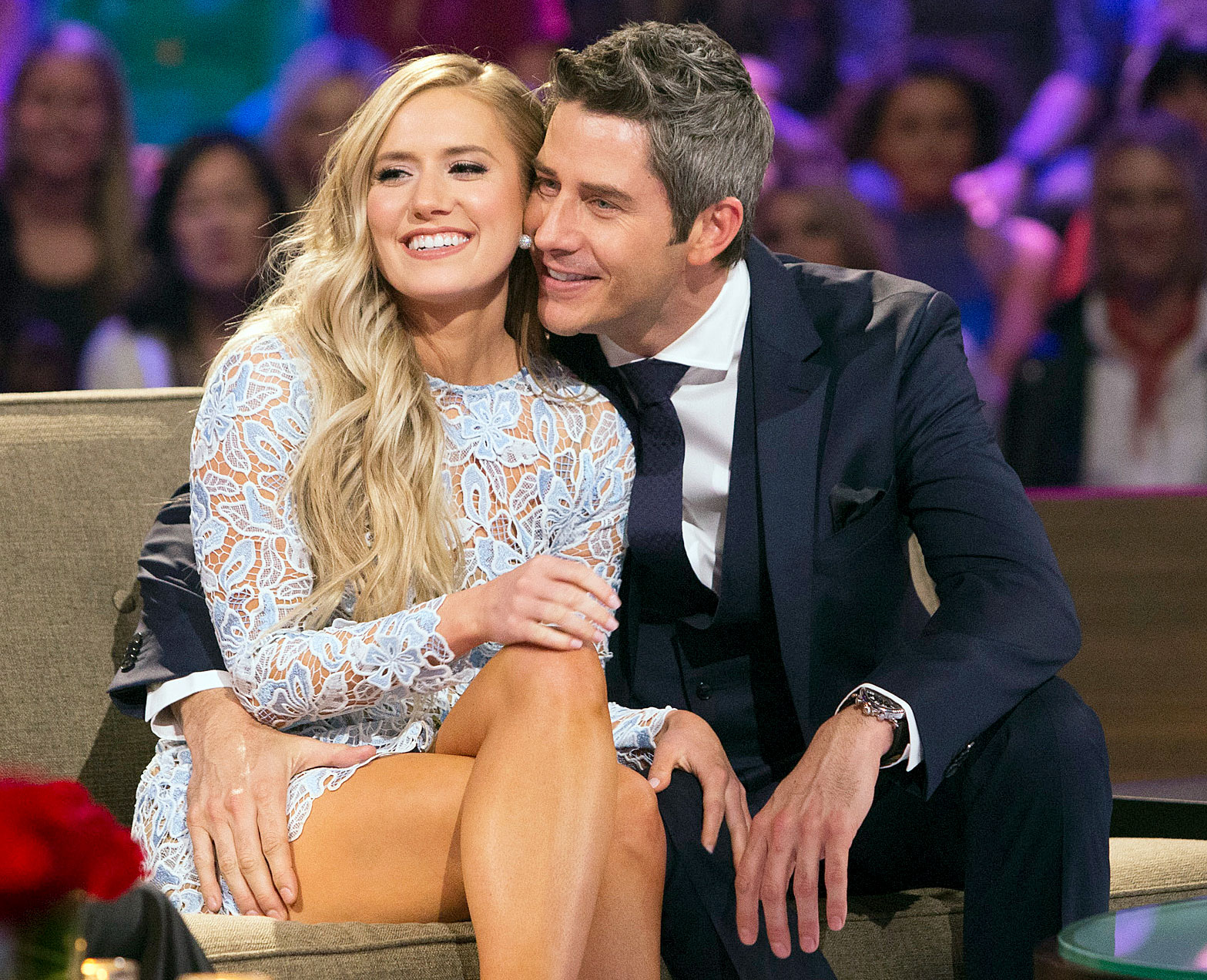 The Bachelor Nation members welcomed their son and his twin sister on Saturday, June 12. “@Luyendyktwins are here!” the former Bachelor wrote on his Instagram Story at the time. “Momma and babies are doing great and everything went smoothly. Spending time cherishing these moments, thank you all for all the support.”

The former reality stars announced in December 2020 that Burnham, 29, was pregnant, showing their twins in an ultrasound photo two days later.

“Love them with all my heart already,” the Netherlands native told his Instagram followers at the time.

By June 9, his wife was “convinced” that they were ready to welcome Alessi’s younger siblings at any moment. The Shades of Rose designer texted Luyendyk Jr. that she was experiencing contractions “four min[ute]s apart,” and he replied, “YESSSS!!! Is this happening? I hope so!”

While the moment was a “false alarm,” Burnham used an exercise ball, spicy salad and multiple walks to try to “get [her labor] going.”

The Virginia native was “a little bit nervous” about the high likelihood of having a C-section, she exclusively told Us Weekly last month. “Surgery is kind of scary to me … and both of my kids are breech. There is a possibility that will happen.”

She and the Bachelorette alum were also concerned about how they’d manage to sleep once their infant twins arrived. “I’ve heard twins are especially difficult because you’re not sleeping as much as with a newborn,” the then-pregnant star told Us in May. “One will wake up and want to eat, and then they’ll wake the other one up and they’ll want to eat at the same time. I just see that going downhill really fast.”

Burnham was focusing on “soaking up” time with her toddler at the time, telling Us that Alessi was beginning to understand her big sister status “a little bit more” every day.

“I took her to her first ultrasound with me this weekend,” Burnham said. “It was fun for her to see that the lady had the ultrasound machine on my stomach, and then she could see the baby on the screen. I think that maybe helped her put two and two together a little bit more. She’s always talking to them, like, ‘Hi, you baby,’ and kissing them. It’s really cute.”

She and Luyendyk Jr. welcomed Alessi in May 2019, four months after their Hawaii wedding.