The more, the merrier! Chris Stapleton’s wife, Morgane Stapleton, announced that she’d given birth on Sunday, May 12, adding another baby to their brood.

“The most perfect Mother’s day…” she captioned an Instagram photo on Sunday of her newborn holding her index finger. “I wish all you Mama’s the happiest of days today!” Morgane didn’t reveal the baby’s gender or name in her post.

The most perfect Mother’s day…I wish all you Mama’s the happiest of days today! ?

The country singer, 40, revealed that he and his wife, 36, were expecting during a New York City concert at Madison Square Garden. “I’ve got an announcement to make,” he told the audience in November 2018. “We just had twins, about seven months ago. Now there’s four of us, but we’re gonna make it five!”

Reba McEntire broke the news in April 2018 at the Academy of Country Music Awards that Chris and Morgane welcomed two baby boys. 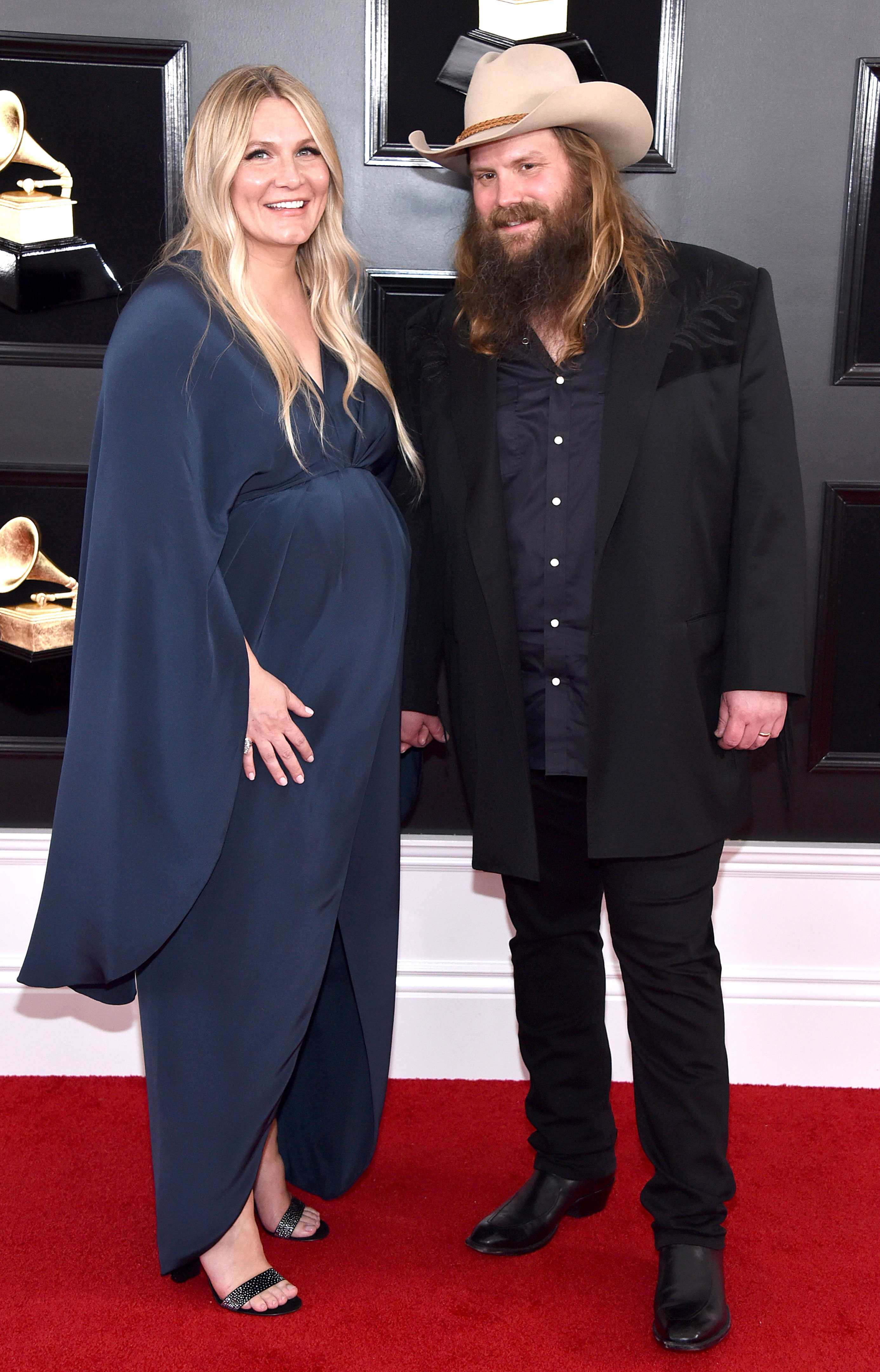 “Chris couldn’t be here because Morgane’s expecting twins,” she said when the “Broken Halos” singer won Album of the Year for From a Room: Volume 1. “We just found out that those little rascals came a little bit early. Hot off the press! Twin boys.”

The newborns joined the couple’s eldest children — a girl, 8, and a boy, 6, whose names they have chosen to keep private.

The Grammy winner and Morgane tied the knot in 2007 after meeting four years earlier in Nashville, where they worked at neighboring publishing houses. “She was a stalker,” Chris said of his wife in a 2015 interview, describing the way she hung out with a friend who worked in his office to try and see him.

Morgane gave a shout out to her husband on Instagram on their 2017 anniversary. “Happy 10 year anniversary babe! You make my whole world go round,” she captioned the upload at the time.

She also took the opportunity to reveal that their twins were on the way. “14 years, 2 babies, & 2 more on the way,” she wrote beneath the black-and-white photo.