Loving her baby boy! Nikki Bella is completely gushing over her newborn son, Matteo, as he turns 1-month-old.

The Total Bellas star, 36, took to Instagram on Monday, August 31, to celebrate the occasion with an adorable close-up shot of her young one. “Our Matteo is a month old today 💙 @theartemc,” she captioned the post.

Our Matteo is a month old today 💙 @theartemc

Three days earlier, Bella’s fiancé Artem Chigvintsev posted a sweet father-son shot to Instagram where he was shown cradling Matteo. The 38-year-old Russia native touched on his dance roots in the post’s caption, questioning whether the baby has “dancing feet” like him.

Bella and Chigvintsev got engaged in November 2019 during their trip to Paris. Two months later, they announced that they were expecting their first child together. 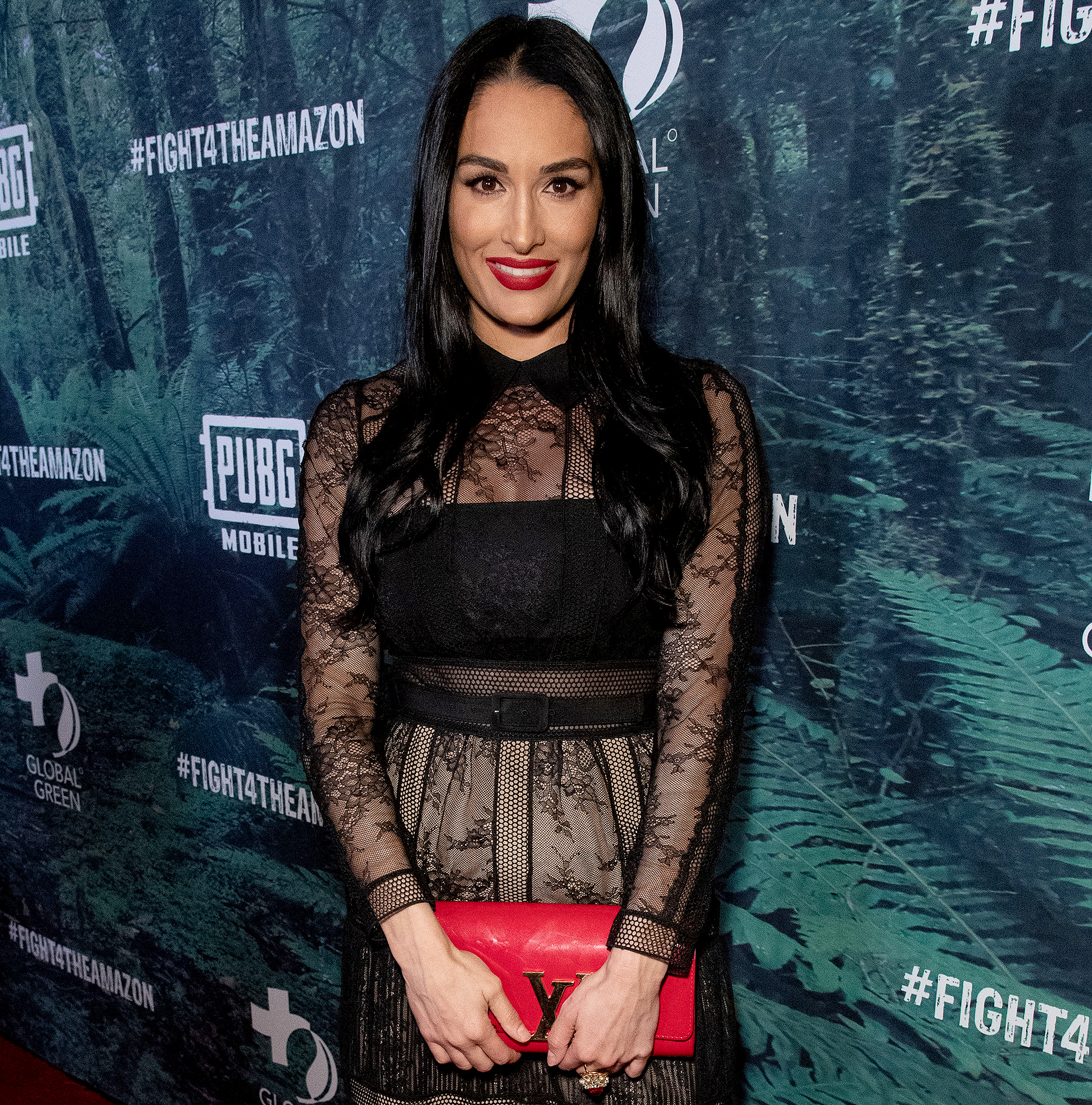 Nikki and Brie didn’t reveal the monikers chosen for their babies until August 26. That same day, they also shared the first-ever full photo of their little ones.

“Matteo Artemovich Chigvintsev,” Nikki simply wrote via Instagram, while Brie explained the meaning behind the name Buddy Dessert in her own post, writing, “Named after Bryan’s dad and his middle name is pronounced Desert after my Nana’s maiden name. He came into our lives in such a special way we wanted to name him after some special people.”

Chigvintsev recently opened up about how he felt in the moment his son arrived in the world. “Oh, I was sobbing, like, so bad when [our] baby arrived,” he told Entertainment Tonight on August 24. “Like, I don’t think people have seen a man sobbing like that. It was awful, but in the most joyful way.”

The Dancing With the Stars pro continued, “I mean, I was picking that baby up and putting him on me. And the baby, like, halfway opened his eyes and it just made me feel like, ‘Oh, my God. This is the most incredible thing.’ This is like the miracle that people talk about, you know? So just that whole experience, I want to relive every single day. Honestly.”

Nikki, for her part, has shared how she intends to really dive into her first year of motherhood. “My goals for year one is to focus on being the best mom that I can be, putting my son first whether it’s ‘How can I keep breastfeeding and is that the best for him?’” she said on “The Bellas Podcast” on August 5. “Learn about vaccines, schools, what helps him grow, what keeps him safe? Like I am going to make that such a focus in my life.”