The 29-year-old confirmed on Sunday, August 30, that she is pregnant with the couple’s first child.

“Me … and my two favorite guys 💙💙,” Roberts wrote alongside a series of snaps showing off her baby bump in a long white dress. In two of the pics, Hedlund, 35, sat next to her with a smile on his face.

Us Weekly exclusively revealed in June that the twosome are going to be parents. “They know the sex of the baby but are keeping it private for now,” an insider told Us at the time. “They haven’t picked out any names yet.” 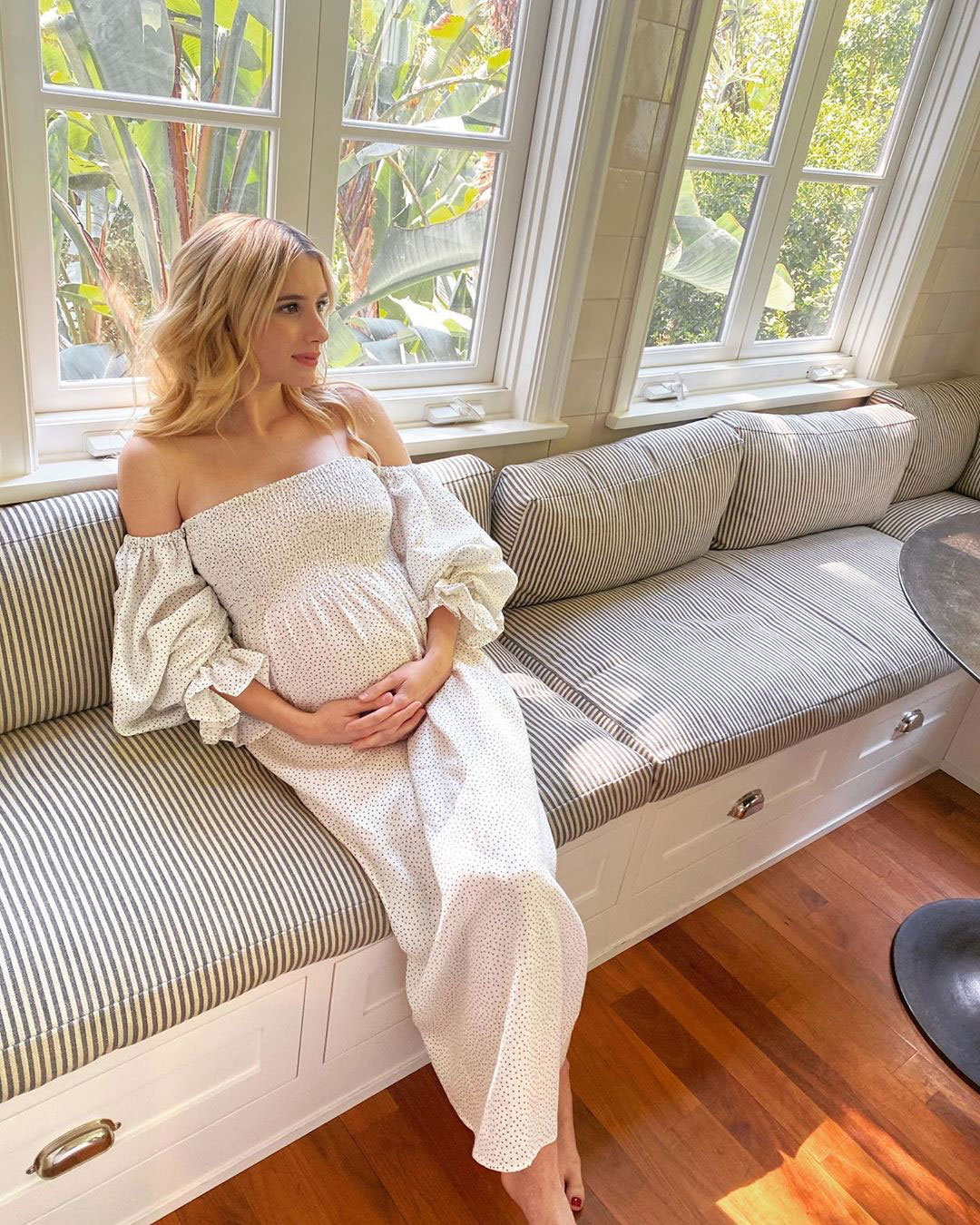 Roberts and Hedlund were first linked in March 2019 after her split from longtime love Evan Peters. “[They’re] surprised, shocked and happy at the same time, and so are their families,” the source said of the baby news.

The Unfabulous alum’s bestie Lea Michele quickly took to the comments section of Roberts’ Instagram post on Sunday to celebrate being “boy moms together.” Michele, 34, welcomed son Ever Leo earlier this month with husband Zandy Reich.

“Everyone’s happy and healthy, and they’re extremely grateful,” an insider told Us on August 23 of the Glee alum’s news. “He’s been an easy baby so far.”

Three days later, Ever made his social media debut. “ForEver grateful for this true blessing,” the actress wrote alongside a photo of her son’s foot. She gave fans another glimpse at the newborn as she celebrated her 34th birthday on Saturday, August 29.

Roberts and Michele have been close friends since filming the Ryan Murphy series Scream Queens, which ran for two seasons on Fox from 2015 to 2016. The “Cannonball” singer even called Roberts her “favorite human” in February 2019.

“✨She may be pocket size but she’s the best friend any girl could ask for!” Michele gushed via Instagram at the time. “I love you Rob! 💓✨”

Scroll through for more reactions to Roberts’ pregnancy from her family, friends and costars: