Up close and personal! Jamie Otis posted pictures of herself giving birth one month after welcoming her son, Hendrix.

“The absolute hardest, but most MIRACULOUS & rewarding thing I’ve ever done is give birth to my baby unmedicated,” the Married at First Sight alum, 33, captioned her Tuesday, June 9, Instagram slideshow. “I felt every single last kick as he made his way down. I could feel his head engage after pushing, only to slide back up after the contraction was over. That ‘ring of fire’ women talk about — yep, that is super real (see last pic).”

The Wifey 101 author went on to write, “Having an unmedicated home birth was INCREDIBLE. Not gonna life, it def hurt … but the BOND we had the moment I held him in my arms was worth every single contraction, tear & stitch!” 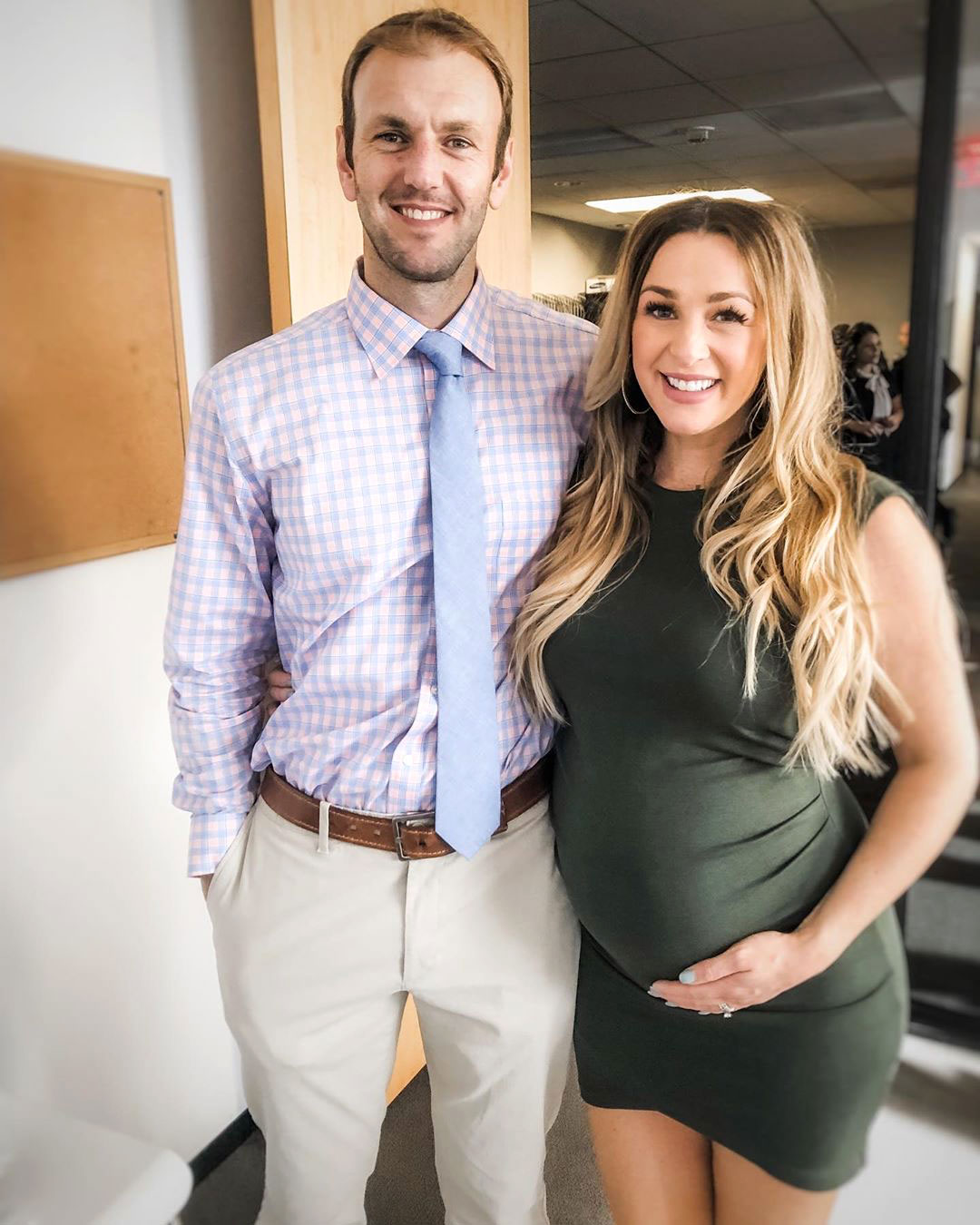 In the social media upload, the Bachelor alum wore a black bra while being helped into a tub by her husband, Doug Hehner, and her doctor. She closed her eyes and pushed in the next two shots.

The New York native, who already shares her 2-year-old daughter, Henley, with Hehner, 36, announced their baby boy’s birth on May 13.

“He’s HERE!” the “Hot Marriage. Cool Parents” podcast host captioned her Instagram reveal at the time. “And he’s clearly a very good listener! We served him his eviction notice and within 24 hours he vacated the premises!”

While Otis and the New Jersey native originally chose to name their son Hayes, they changed their minds when the infant arrived.

“The minute we had our son, the minute he came out, I looked at him [and] I almost called him Hendrix,” she explained in a May 17 Instagram Live video. “That was, like, a top name for him, [but] we named him Hayes before we met him. We felt pressured to make a decision of what his name was gonna be because I wanted to bond with him … knowing [his] name. We decided on Hayes Douglas.”

But then Hehner called the newborn “Hendrix right away,” so the former Lifetime personalities decided to make the moniker “official.”

The pair tied the knot in March 2014 on season 1 of Married at First Sight.