What’s next for Cody Simpson and Miley Cyrus? Not children, according to the “Golden Thing” singer.

When the Masked Singer alum, 23, was asked if he wants babies on the Tuesday, January 21, episode of “The Kyle and Jackie O Show” podcast, Simpson laughed and said, “None yet, mate.”

The Australian musician went on to say that he is “cautious” and “a careful guy” after Kyle Sandilands asked if he uses protection. 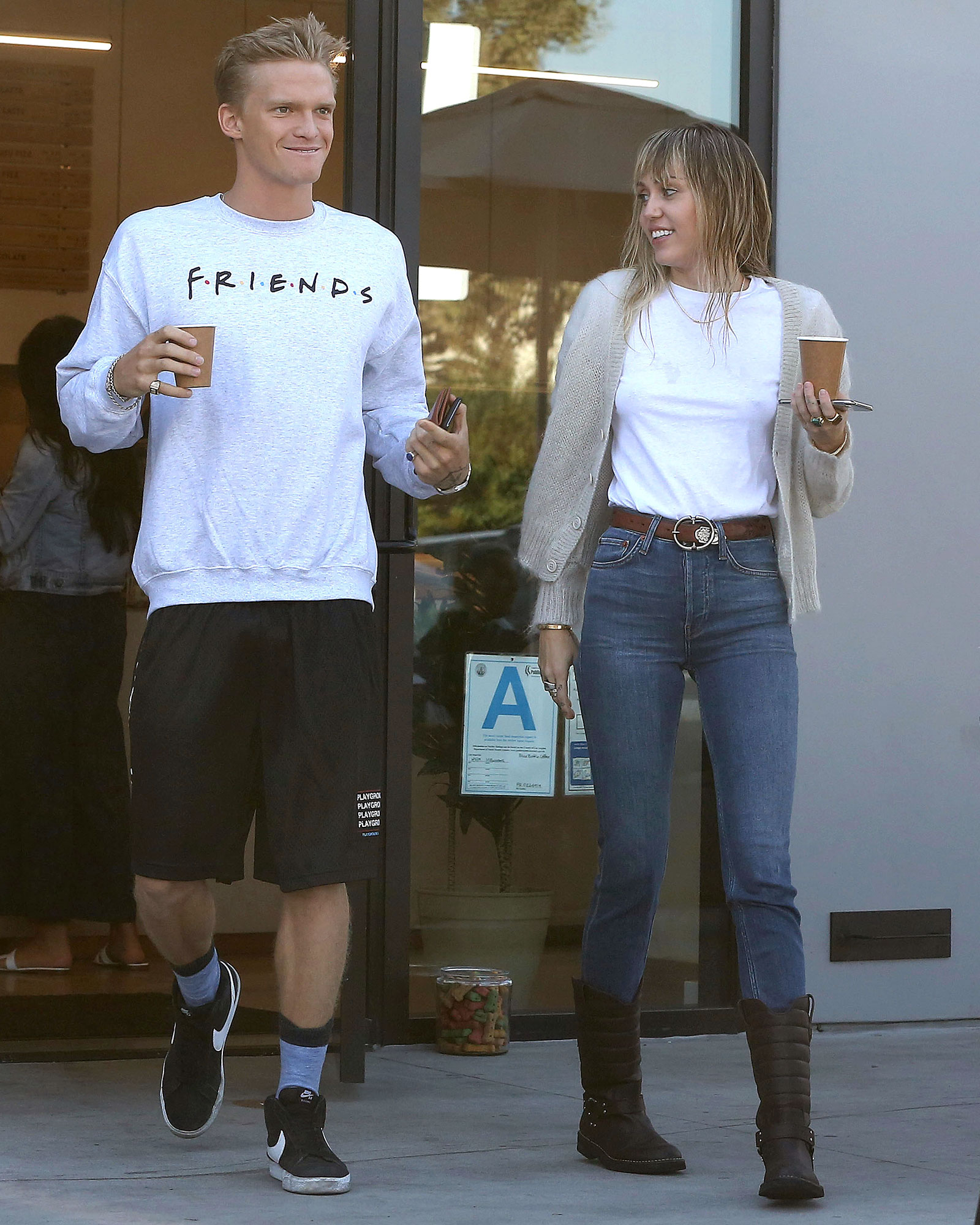 He has “no complaints” about his relationship with the “Slide Away” singer, telling the cohosts: “It’s great. We’re amazing.”

Simpson and the Grammy nominee started dating in October following Cyrus’ one-month romance with Kaitlynn Carter. The actress was previously in an on-again, off-again relationship with Liam Hemsworth for 10 years, and the former couple tied the knot in December 2018. Eight months later, they announced their split and reached an agreement on their divorce settlement in December.

Prior to their breakup, the Hunger Games actor, 30, opened up about the size of the brood he wanted to have with the Hannah Montana alum. “10, 15, maybe 20 [kids],” the Isn’t It Romantic? star told GQ Australia in his May/June 2019 cover story.

Hemsworth explained that they would wait until they had less dogs. “You couldn’t bring a baby into our house right now,” he said. “We’ll know when it’s right. But right now, not for the time being.”

Following their nuptials, a source told Us Weekly exclusively, “Miley is not pregnant currently, but does want to have a family with Liam. Miley and Liam say they felt married before their actual ceremony. Miley is so happy with her life right now. She’s finishing up recording her next album and she and Liam couldn’t be happier.”

Since their split, Hemsworth has dated Dynasty’s Maddison Brown and model Gabriella Brooks. He and Brooks, 23, were spotted kissing in Byron Bay, Australia, earlier this month.

“Liam feels comfortable with Gabriella,” an insider told Us in December. “He’s not upset with Miley, but is happy to be moving on.”