The “Thinkin’ Bout You” singer, 34, shared a screenshot of Sienna on a FaceTime call with Siwa, 16, via her Instagram Story on Tuesday, April 28. In the photo, the “Hold the Drama” singer wore glittery face paint and her trademark side ponytail with a bow.

“Thank you for the Bday call today @JoJoSiwa! Sienna was so happy to see you,” Ciara captioned the picture.

Later, the Texas native shared that she and Wilson, 31, made the day extra special for Sienna with decorations from the Disney movie Frozen. Ciara showed off snowflake-shaped balloons that spelled out Sienna’s name, a toy Arendelle castle and an inflatable Elsa. The family also enjoyed an edible Olaf treat, which was made of marshmallows.

The festivities even included a spa day for Sienna, who received a manicure and pedicure from Ciara.

The “Goodies” singer gave her daughter a birthday shoutout in a video posted via Instagram of Sienna watching The Lion King in their living room with her stuffed animal. 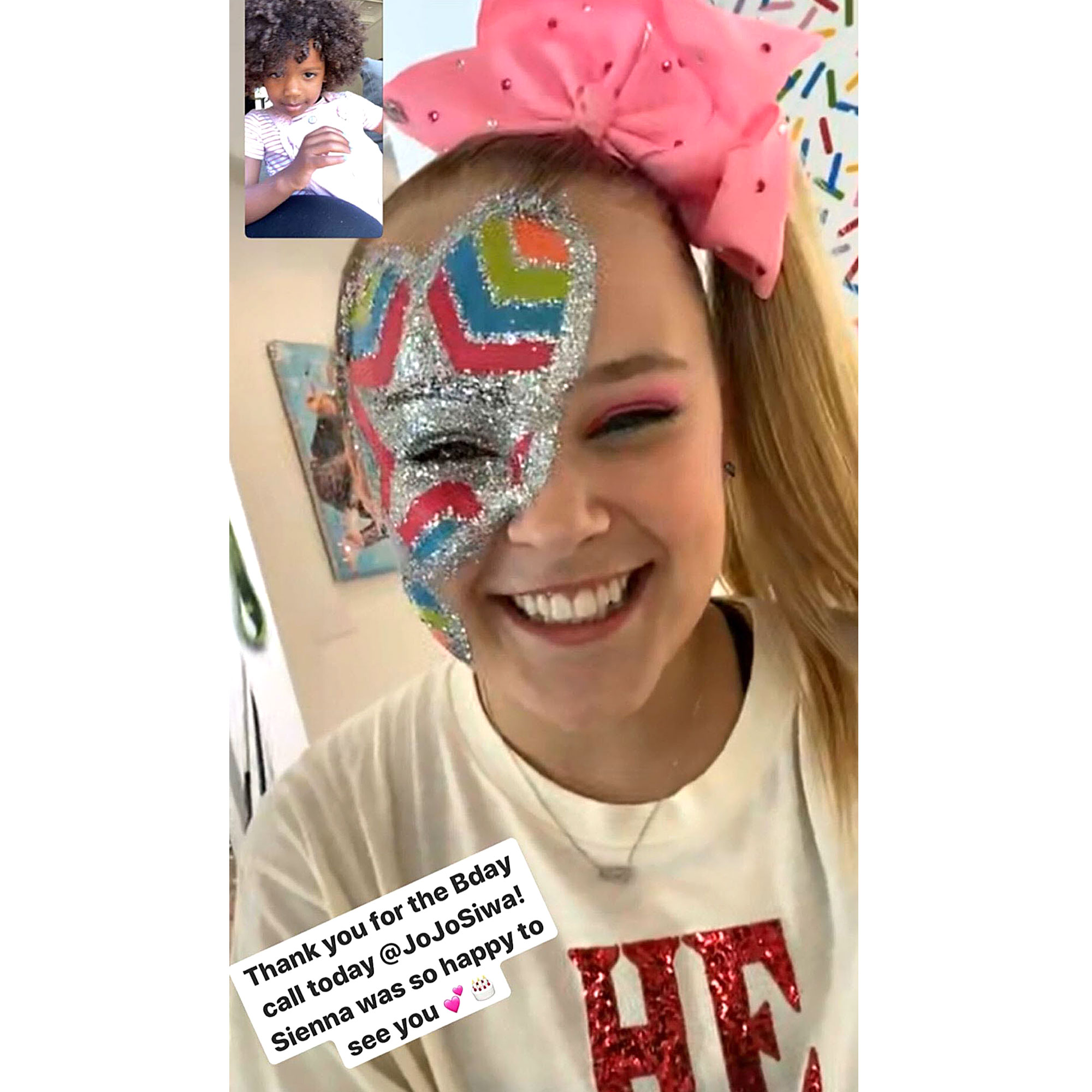 “Our Princess Sienna turns 3 today! I’m so happy,” Ciara captioned the sweet video. “Never imagined I could have a bond like what we have with my little girl. She lights up the world! #HappyBirthday Mommy’s little Princess. ”

Wilson also penned a tribute to his daughter by posting a throwback photo of him and Sienna as a baby.

“THANKFUL,” the Seattle Seahawks quarterback wrote alongside the picture via Instagram. “Since Day 1. You have been a true beaming light in our lives Sienna. We love you! All the way to the moon and back! Daddy’s girl. Happy Birthday My Love. 3 years old! Daddy & Mommy’s favorite number!”

Ciara announced in January that she is pregnant with her third child. The “Oh” singer revealed on April 14 that she and Wilson will welcome a baby boy. Ciara is also the mother of son Future Jr., 5, whom she shares with her ex-fiancé, Future.

Sienna isn’t the only celebrity child obsessed with Siwa. The dancer — who gained popularity on the TLC show Dance Moms — also counts Kim Kardashian‘s 6-year-old daughter, North, as a fan. Siwa invited North to guest star in a YouTube video with her, which was featured on an episode of Keeping Up With the Kardashians in October 2019.