Ashlee Simpson Ross has welcomed her third baby, her second with husband Evan Ross. Scroll on for more details on the couple's new bundle of joy! 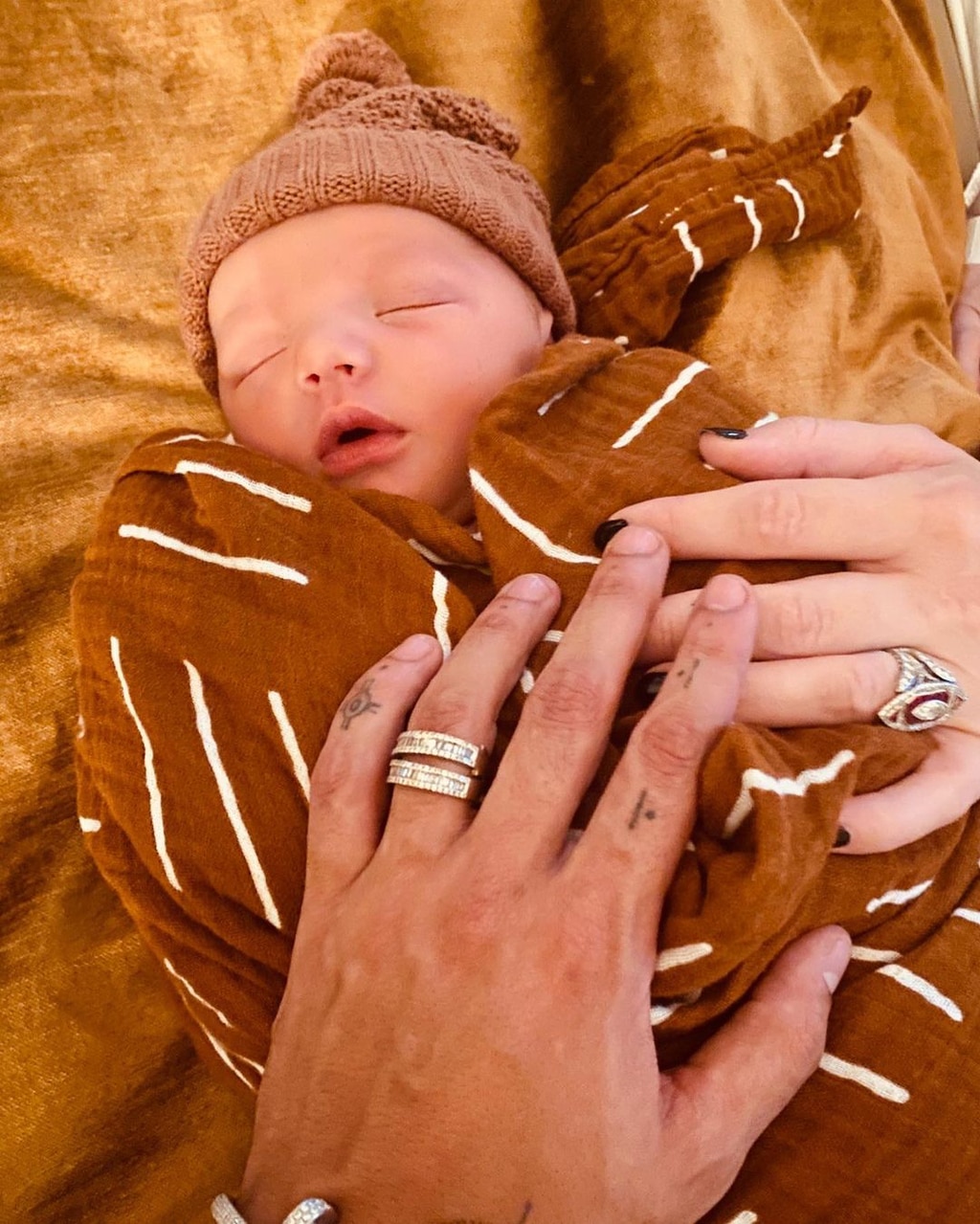 The "Pieces of Me" singer has given birth to a baby boy. This is the second child for the musical couple, who are parents to 5-year-old daughter Jagger Ross. Ashlee is also mom to 11-year-son Bronx Wentz, who she shares with ex-husband Pete Wentz.

"10-29-2020," the singer captioned her Instagram post on Saturday, Oct. 31. "Ziggy Blu Ross. Our sweet boy has arrived! I'm over the MOON we are so Blessed!" Evan expressed a similar message on his Instagram, writing, "Our son has arrived! I'm in heaven!"

The 35-year-old singer first announced her baby news in April 2020, posing for a photo with her husband and her pregnancy test. "We are pregnant and we are so excited to share it with everyone," she wrote to her social media followers. "Baby #3."

The Hunger Games alum also shared the news with his fans at the time. "The fam is growing," he wrote on Instagram. "Ash and I can't wait to welcome the newest addition."

A few weeks after announcing their pregnancy, the couple revealed the sex of their baby with the help of Bronx and Jagger. As seen in footage on social media, the kids helped mom Ashlee cut open a cake, which turned out to be filled with bright blue icing.

Ashlee and Evan, who is the son of the legendary Diana Ross, recently celebrated their sixth wedding anniversary. The two tied the knot in Aug. 2014 on his mom's estate. Diana also officiated the ceremony for her son.

For the ceremony, Ashlee wore a lace dress and headband and was accompanied by son Bronx as she walked down the aisle. Jessica Simpson served as the maid of honor while her daughter, Maxwell, served as the flower girl.

As fans of E!'S ASHLEE + EVAN may recall, the duo gushed about their romance on the reality series. "Evan walked in and he was really cute," Ashlee recalled. "You were really cute. It's like, 'Who's this, Mr. cool pants?'"

"You tried to dance with me," she told Evan. "You were like lifting your leg up, trying to show me that you dance better than me I think."

So what happened? As Ashlee revealed, "We made out and I left."