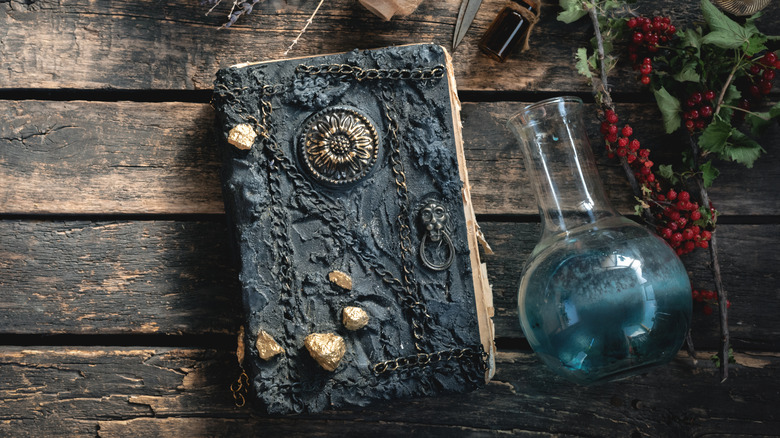 We are in the season of the witch. It seems that no matter where you look, the practices of paganism are on the rise. Sephora sold crystal kits, influencer witches post recipes for simmer pots and love potions, and TikTok tarot card readers tell you that good news is coming your way with seemingly every swipe on the “for you” page. There are many reasons cited for the rise in neo-paganism and witchcraft amongst millennials and Gen-Z — frustration with traditional religions, an attraction to a more inclusive practice, a desire to connect fully with oneself and the world around them, and the view of the “witch” as a feminist symbol are just a few (via The Atlantic).

But what does it all mean? With practices that are so subjective and social media being full of people who seem to be experts on the subject, it can be hard to parse out where to start. In fact, the lines of certain practices have become so blurred by the rapid rise of the “witch” trend that sometimes it’s unclear what to even call them. 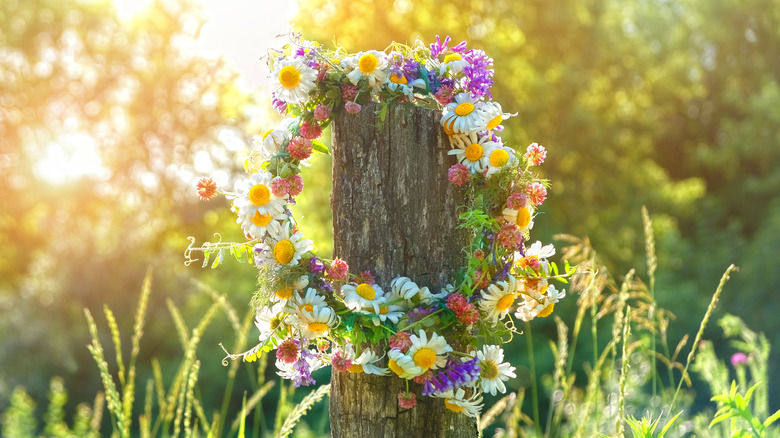 If you’ve had any interest in the rise of spirituality and witchcraft, you’ve most likely heard this word. Wicca is defined by the Encyclopedia Britannica as “a predominantly Western movement whose followers practice witchcraft and nature worship and who see it as a religion based on pre-Christian traditions of northern and western Europe.” The origin of witches is muddy at best, with almost every culture around the world boasting some form of witches or magic that date back centuries. Wicca as we know it was born out of the 1954 book “Witchcraft Today” by Gerald Gardener about his experiences with a coven — though it was later concluded that this was mostly a work of fiction (via The Atlantic).

So what does Wicca look like for the 2021 practitioner? There is no one right answer because there is no one right way to practice. There are a few common threads between Wiccan practices: celebrations of the solstices and the equinoxes, the use of herbalism and other nature worship, and the honoring of the elements — earth, air, fire, and water — in rituals (via History).

So what's the difference? 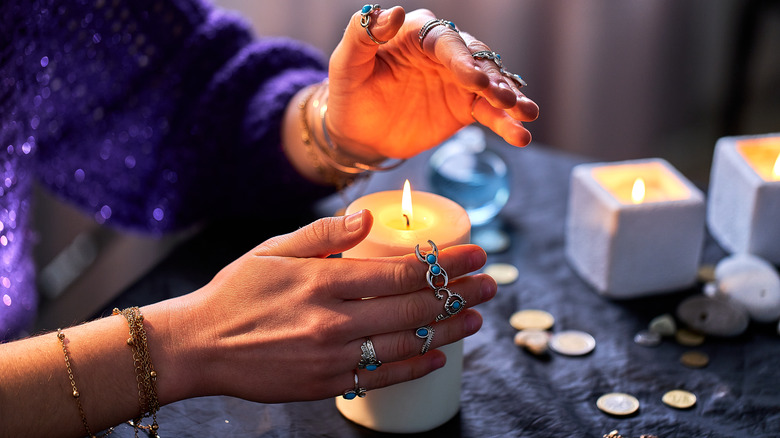 Today, the word “witch” can mean many things. It was once defined decades ago as “someone who causes harm to others by mystical means,” according to The Atlantic. Pam Grossman, host of the podcast “The Witch Wave”, has called the witch “the perfect symbol for anyone who wants to subvert the status quo and who wants to proclaim they belong to themselves” (via The New York Times). To some people, being a witch includes the religious affiliation with Wicca, but to others it does not. 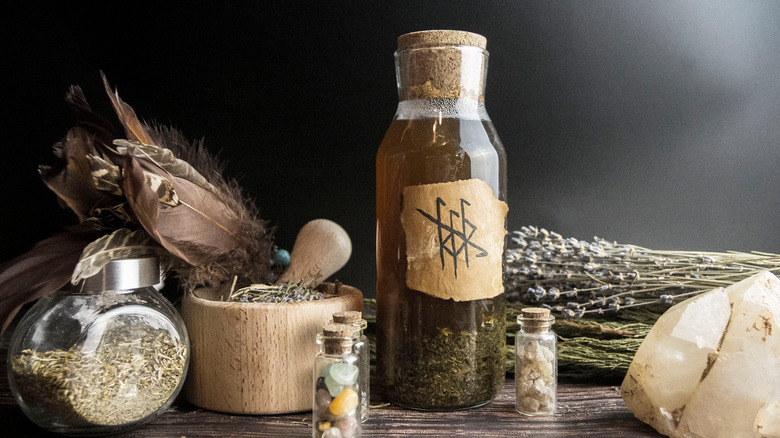 There are many ways to incorporate the practices of witchcraft into your life. If you focus on fitness, you may want to do research on healing and aligning your chakras through yoga. If you’re a kitchen wiz, the internet is full of recipes for magical foods and tips for cooking with intention (via Healthyish). The most important thing is to do your research, and do it thoroughly. The commodification of witchcraft has led to a variety of problems with the practice, one of the most severe being the issue of cultural appropriation.

Take for example the popular trend amongst modern witches of burning white sage in a practice called “smudging” to rid spaces of negative energy. Though many may have only become familiar with the practice recently, “smudging” is a ceremonial purifying ritual for many indigenous North American cultures that far predates TikTok witches. In fact, smudging — along with many other aspects of indigenous cultures’ religions — was illegal for native North Americans to practice until as late as 1978 (via Bustle). When non-Natives buy white sage for the purposes of smudging while having no knowledge of the ceremony and tradition, it both overharvests a plant that is sacred to indigenous people and disrespects the cultural significance.