Babies on the brain? Hailey Bieber (née Baldwin) and Justin Bieber are staying busy amid quarantine — and loving life as a family of two.

Justin Bieber and Hailey Baldwin: A Timeline of Their Relationship

“We didn’t make any babies, so that’s that,” the model, 23, said of their quarantine activities while promoting Justin Bieber: Seasons during PaleyFest LA presented by The Paley Center for Media on Friday, August 7. “Honestly, I really do think we’ve enjoyed this time.”

The Arizona native went on to say that her Grammy-winning husband, 26, was “supposed to be on tour” before his shows were postponed due to the COVID-19 spread, so they’ve been “enjoying” their extra time together. 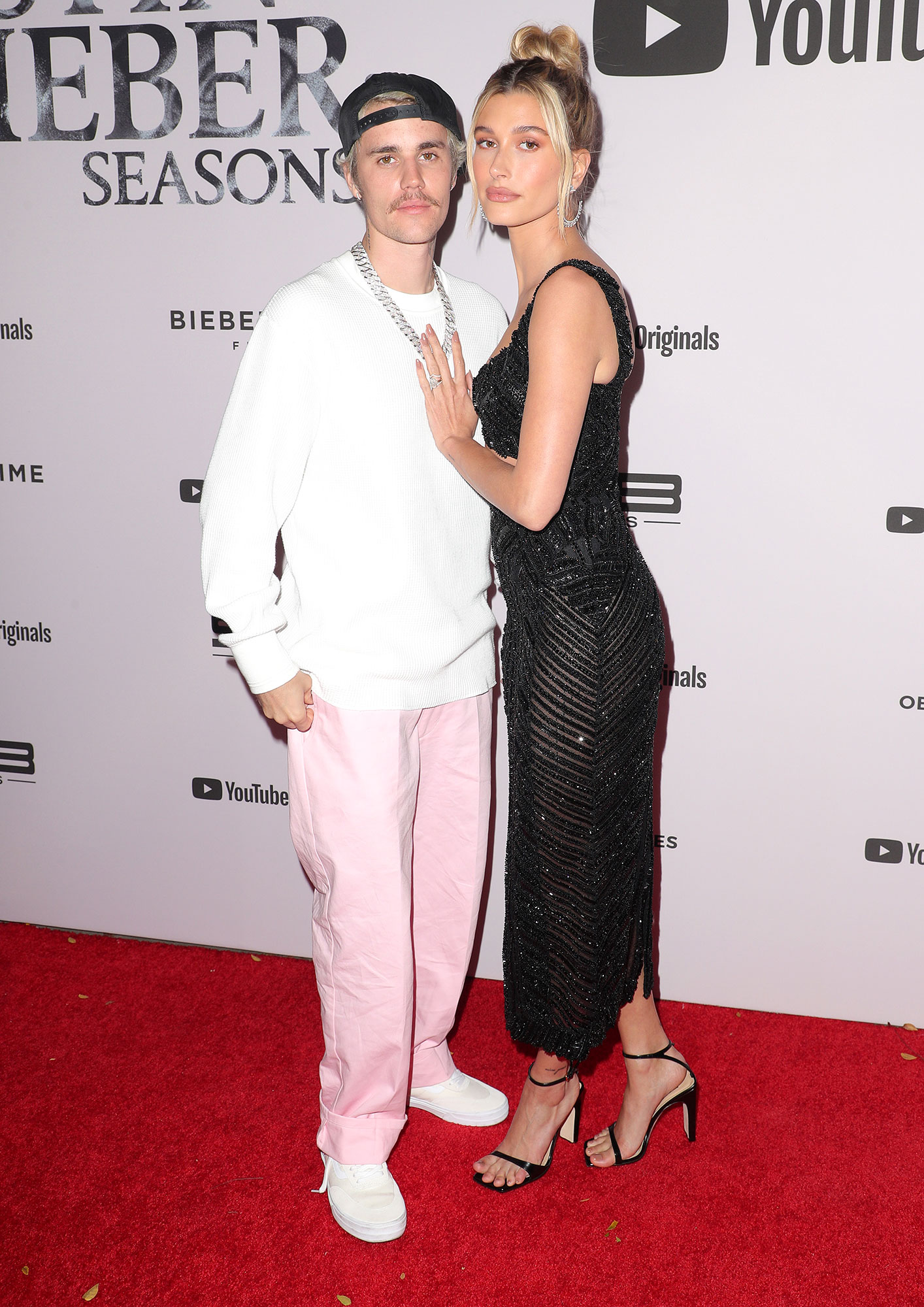 “Even through the quarantine, we’re still pretty newly married. We’ve just been … getting to know each other deeper,” Hailey explained. “We’ve been having a really fun summer, regardless of everything that’s been going on.”

Justin chimed in, “It’s surprisingly pretty good for us. Obviously, we have compassion for those who are really struggling and that hurts us. But for us, we’ve really been able to create a deeper bond with each other, spending a lot of time with each other and not traveling, but road-tripping.”

The couple first tied the knot in September 2018 in a New York City courthouse. They went on to wed a second time in front of family and friends in South Carolina the following year.

Nine months after their September 2019 nuptials, a source exclusively told Us Weekly that the pair “have been talking more and more about wanting to start a family together.”

The insider added in June: “Having kids in the near future has become a very real conversation between them.”

Hailey has previously spoken about her desire to become a mom, saying she “love[s] kids and can’t wait to have” her own. “I would say now that’s a closer reality,” the Drop the Mic cohost told Vogue Arabia in December 2018.

“They’re both super family-oriented and are excited about the next chapter of their lives together,” another insider exclusively told Us the following month. “Hailey can’t wait to be a mom.”