“Hot mom (bod) summer,” the model, 26, captioned a Thursday, July 1, Instagram photo of herself posing in a black and white bathing suit.

“Was I sleeping behind you?” the California native, 44, commented on his fiancée’s social media upload, and she replied, “You’re awake?” 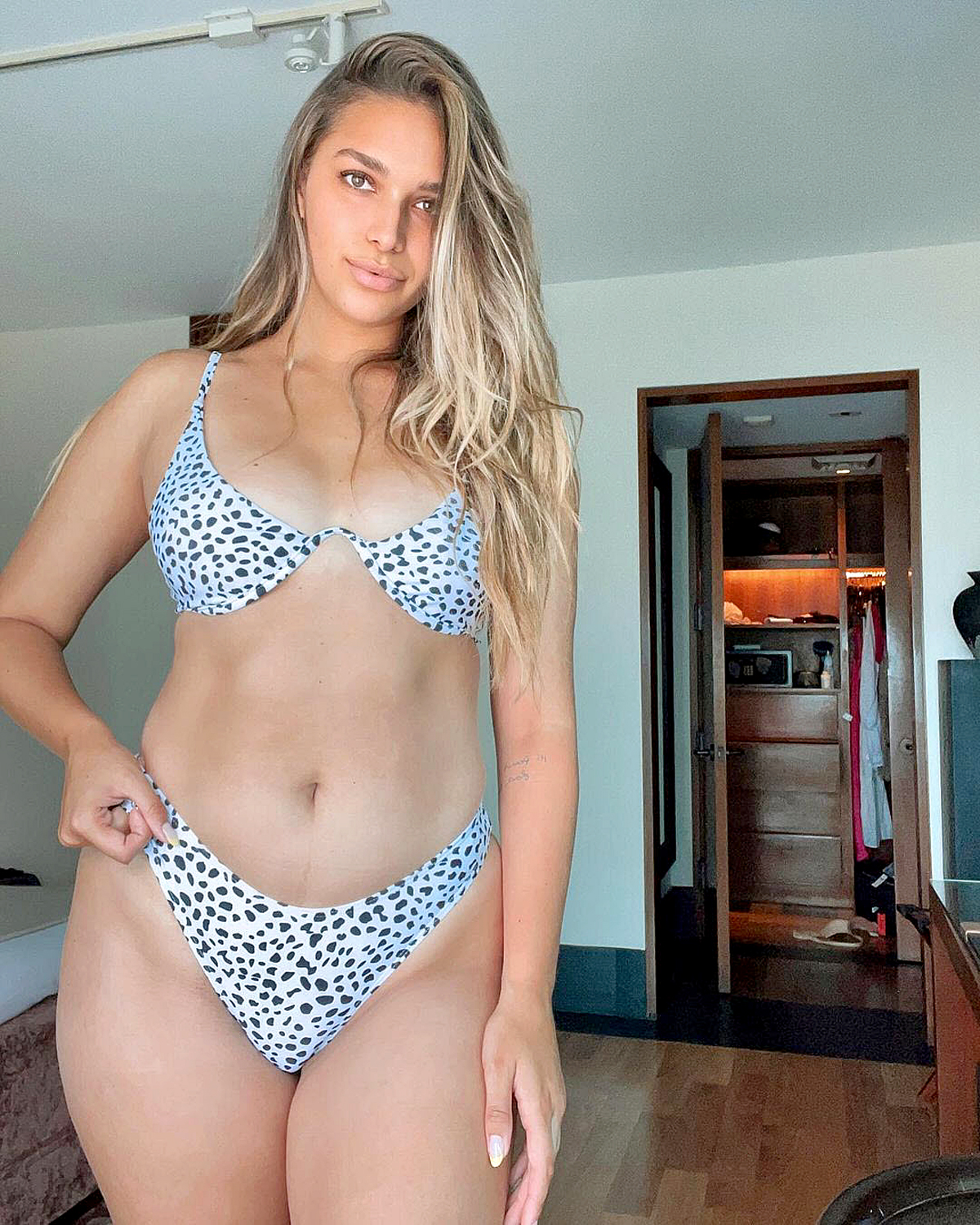 The pair welcomed their baby boy in December 2020. The infant joined the engaged couple’s daughters, Mia, 3, and Lola, 2, as well as the singer’s 11-year-old son, Julian, from his previous marriage to Paula Patton.

Us Weekly broke the news in September 2020 that she and the Masked Singer judge were expecting their third child together. Geary confirmed the news with a bikini photo the following month.

“Sorry we can’t hang out, there’s a pandemic and I’m pregnant again,” the then-pregnant star captioned a beach shot. “We love consistency.”

After sharing a nude bump update in December 2020, Geary clapped back at haters via Instagram. When one user asked what she was doing posing naked, Geary replied, “Mowing the lawn? What does it look like I’m doing???”

She and the songwriter, who got engaged in 2018, are “total believers” in couples therapy while raising their kids. The Grammy winner even does coparenting counseling with Patton, 45, he revealed during a March episode of the “Black Girls Texting” podcast.

“Therapy is not for everybody all the time, but it definitely opens barriers for us, even just to go once or twice,” Thicke explained at the time. “If you’re struggling in your relationship, one visit, one conversation with a third party can change things. … We’ve had a few sessions and it’s really helped for us.”

That same month, the “Blurred Lines” singer elaborated on their sessions, telling Extra that he and Patton did “bicker” immediately following their 2014 split. “Then we used coparenting couples therapy and that really opened the door for communication in a much better way for us,” Thicke said.