A little princess? Anne Hathaway is pregnant and expecting her second child with her husband, Adam Shulman.

“It’s not for a movie…⁣⁣ #2⁣,” the Princess Diaries star, 36, announced on Instagram on Wednesday, July 24, alongside a black-and-white photo of herself showing off her baby bump in a white tank top.

⁣”All kidding aside, for everyone going through infertility and conception hell, please know it was not a straight line to either of my pregnancies,” she wrote. “Sending you extra love.”

It’s not for a movie…⁣⁣ #2⁣ ⁣All kidding aside, for everyone going through infertility and conception hell, please know it was not a straight line to either of my pregnancies. Sending you extra love 💕

Hathaway and Shulman, 38, started dating in 2008, and tied the knot in September 2012 in Big Sur, California. They are already the parents of a 3-year-old son named Jonathan Rosebanks, who the couple try to keep out of the public eye. 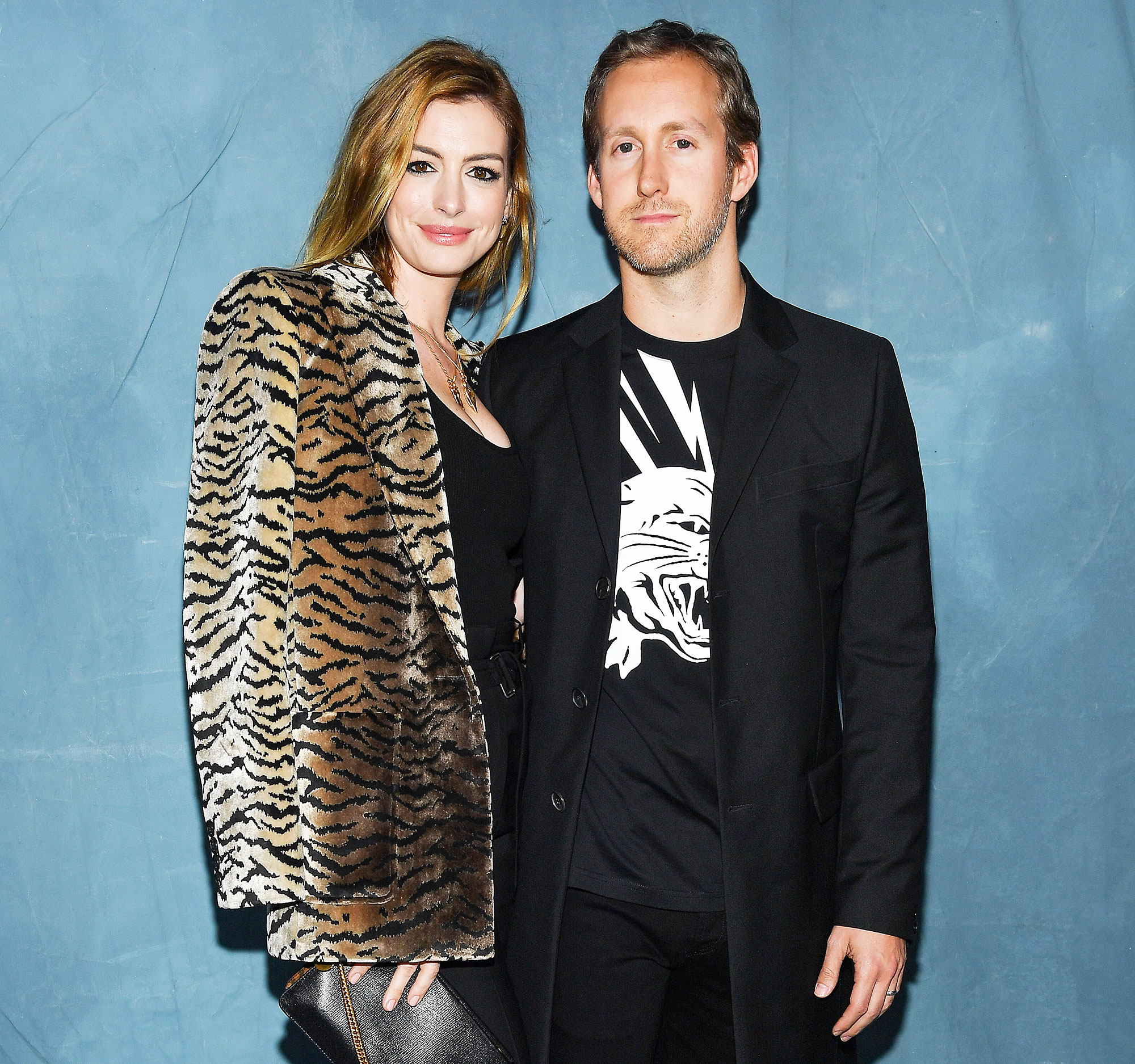 “I had never posted a photo of my son, and I decided to post a shot of the back of his head [in March 2017], and almost as soon as I’d done it, I wished that I hadn’t,” the Oscar winner told Jezebel later that year. “I felt like I had broken some kind of a seal in inviting people into my life. And even though I felt as though I had done it in as protective a way as I could, even though it was a moment I was incredibly proud of, I don’t know that I’ll ever do it again.”

Since becoming a mom, Hathaway has spoken about how her life has changed. “I feel a lot more confident,” she explained on The Ellen DeGeneres Show in May 2016. “When I walk into the gym — I work out in West Hollywood [where] you see, like, Thor’s trainer — it’s the people that have too many muscles to be in The Avengers. That’s who works out at my gym. I see them, and normally I would walk in and feel so intimidated, but [now] I walk in and I’m like, ‘Yeah, I’d work out with five-pound weights, but I pushed a baby out of my body. I feel good right now.’ So I don’t care what I look like. I feel great.”

The Les Misérables star is also famously private about her marriage to the businessman. However, he was right by her side in May when she received a star on the Hollywood Walk of Fame.

“He changed my ability to be in the world comfortably,” she told Elle magazine in March 2017. “I think the accepted narrative now is that we, as women, don’t need anybody. But I need my husband. His unique and specific love has changed me.”