It’s not uncommon for a mother to blame herself for any complications during childbirth, even though she is very rarely at fault. Anna Faris is sharing her personal story of self-blame for the premature birth of her son, Jack, in 2012. The Mom star spoke at a virtual fundraiser on May 6 for the Global Alliance to Prevent Prematurity and Stillbirth (GAPPS). There, she opened up about how she blamed herself for her son’s early arrival, even though she had no indications of complications with her pregnancy along the way. 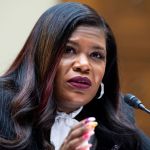 Are We Really Criticizing Rep. Cori Bush for 'Birthing People' Instead of Solving Black Maternal Mortality?

Preterm birth is the leading cause of newborn deaths around the world, according to the Global Alliance to Prevent Prematurity and Stillbirth. Although the cause is not often known, Faris is making it her mission to help GAPPS create awareness around the issue, improve maternal healthcare, and prevent future premature and stillbirths.

In her speech, the Scary Movie star recalled her water breaking in the middle of the night, nearly two months before her due date. After a week of bed rest, she went into labor. Her son, Jack, who was 3 pounds, 10 ounces at birth, spent a month in the NICU before Faris and then-husband Chris Pratt could bring him home.

“When I saw him again later, his left foot was bent so it was touching his shin,” she said of looking at her baby in the NICU. “I asked the nurse, ‘What do we do about his foot?’ She soberly said, ‘There may be other issues to worry about.’ And there were. And there still are, but I think that’s parenthood.”

Once home, Jack still had to undergo a series of surgeries and physical therapy in the first years of his life. During that time, Faris began to question what she could have done differently to prevent her preterm labor. She even wondered whether at 35, her age could have been a factor.

“After Jack was born, my dad joined the board of GAPPS, and a few years later I did as well. So, GAPPS’ No. 1 goal is prevention. And in order to prevent premature births, we need answers,” Faris said. Jack, who is now 8 years old, is doing well. Faris is hoping her work with GAPPS helps other families around the world.

These famous parents have been open about suffering miscarriages.