“I lost my mother in my thirties,” the Girl, Interrupted star, 44, wrote in the piece which was published on Saturday, May 9. “When I look back to that time, I can see how much her death changed me. It was not sudden, but so much shifted inside. Losing a mother’s love and warm, soft embrace is like having someone rip away a protective blanket.” 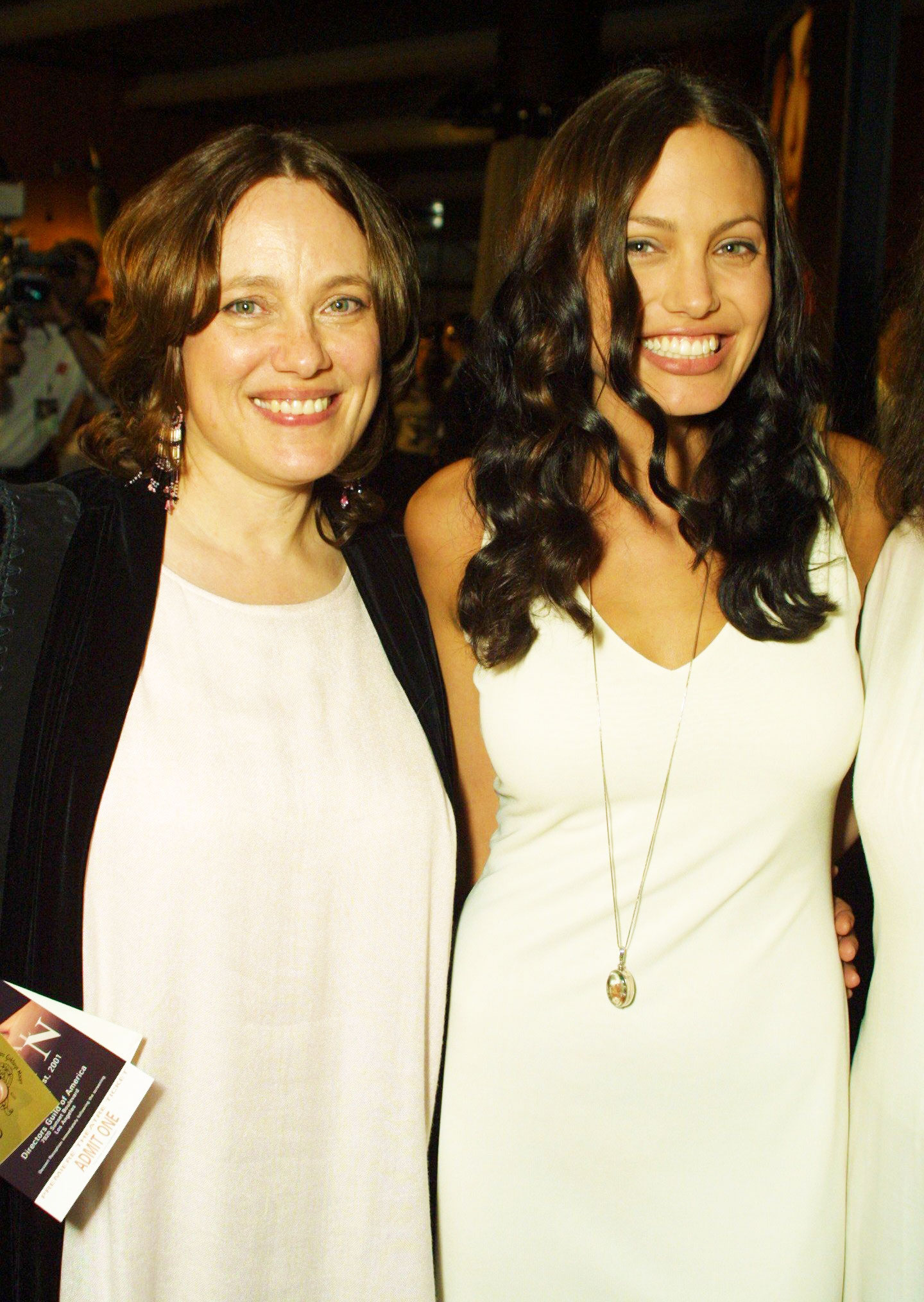 Bertrand died in 2007 at the age of 56 after a battle with ovarian and breast cancer.

Jolie later detailed how her mother’s split from the star’s father, actor Jon Voight, shifted her original life goals. Bertrand and Voight, 81, were married from 1971 to 1980.

“When my father had an affair, it changed her life. It set her dream of family life ablaze,” she wrote. “But she still loved being a mother. Her dreams of being an actor faded as she found herself, at the age of 26, raising two children with a famous ex who would cast a long shadow on her life.”

The Maleficent actress recalled that Bertrand used to sing the song “Winter” by the Rolling Stones in the wake of her split from Voight. Jolie explained that she realized her mother was afraid during that period of time but kept it together for the sake of her children. The Academy Award nominee decided to get a tattoo of the letter “W” on her right hand to honor her mother’s memory.

She added that looking at the tattoo helped her during a period of her “own loss.”

“As the ‘W’ faded on my hand, so did that feeling of home and protection. Life has taken many turns. I’ve had my own loss and seen my life take a different direction. And it hurt more than I imagined it ever would,” she penned.

The Tourist star revealed in April that she “never thought I could be anyone’s mom” in a candid post for Time magazine’s Parents newsletter.

“I remember the decision to become a parent,” Jolie wrote at the time. “It wasn’t hard to love. It wasn’t hard to dedicate myself to someone and something greater than my life. What was hard was knowing that from now on I needed to be the one to make sure everything was OK. To manage it and make it work. From food to school to medical. Whatever would come. And to be patient.”