Congratulations to the doting dad! Anderson Cooper revealed the most surprising phone call he got after the birth of his son, Wyatt, in April.

“I got direct messages from people who are, like, well known, who I’d met once or twice but who reached out and I thought that was really sweet,” the 52-year-old CNN anchor told best friend Andy Cohen during a new episode of Sirius XM’s Radio Andy on Monday, May 11. “People called me who I’ve never talked to on the phone but were really sweet and reaching out.”

Though at first Cooper was hesitant to name the famous friends who sent him well-wishes after his baby boy’s birth, he eventually explained which message meant the most to him.

“I got a call from Elton John,” the broadcast journalist said. “You know, I’ve interviewed him a couple of times … He paved the way.” 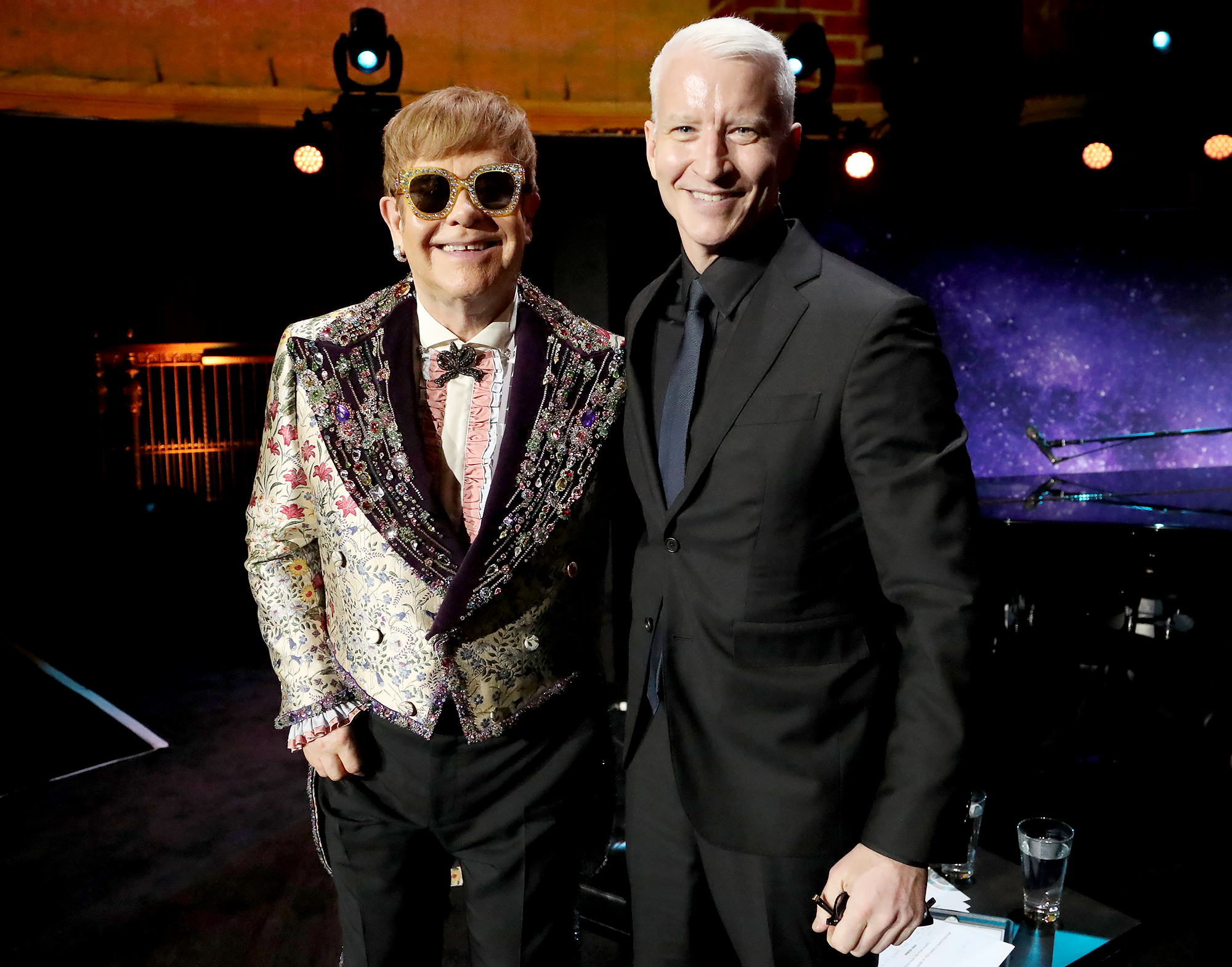 As Cooper trailed off, Cohen, 51, noted that his friend was now officially part of the Gay Dads Club. The Bravo mogul later shared a similar story about the “Your Song” singer, 73, who gave Cohen’s son, Benjamin, a special gift when he was born in February 2019.

“You know what, he sent Ben, like, this Gucci shirt and Gucci shorts. I was like, ‘How cool,’” Cohen explained. “I’ve met Elton John once, so maybe he is kind of welcoming us into the Gay Dads Club.”

The Anderson Cooper 360 host opened up about the birth of his first son, who was welcomed via surrogate, during an emotional broadcast of CNN Town Hall on April 30. Cooper shared his “joyful” news with his audience, describing the sentimental meaning behind his little one’s name.

“He is named after my father, who died when I was 10. I hope I can be as good a dad as he was,” he said at the time. “My son’s middle name is Morgan. It’s a family name on my mom’s side. I know my mom and dad liked the name Morgan because I recently found a list they made 52 years ago when they were trying to think of names for me.”

After celebrating his first Mother’s Day without his mom, Gloria Vanderbilt, who died from an advanced form of stomach cancer in June 2019, Cooper told Cohen that he knew she was proud of him for growing his family.

“I was able to tell her before she died that I was having a son. She had been wanting me to have a kid for a long time,” he said on Monday. “I think she would be amazed and thrilled to meet Wyatt, and I hope she can see him.”