Poking fun! Amy Schumer joked about her and her husband Chris Fischer’s decision to name their son Gene Attell before changing his middle moniker.

Oh, like you never named your kid Genital fissure!!!!!!!

Stassi Schroeder commented, “I mean. I’m not mad about it,” while La La Anthony wrote, “You’re a legend.”

The Girl With the Lower Back Tattoo author posted the serious shot to social media the same day she opened up about her little one’s new name. “Our baby’s name is officially changed,” the Inside Amy Schumer star explained on Tuesday’s episode of “Amy Schumer Presents: 3 Girls, 1 Keith.”

She added: “It’s now Gene David Fischer. It was Gene Attell Fischer, but we realized that we by accident named our son ‘genital.’”

Her podcast guest, Claudia O’Doherty, chimed in, “My mom pointed that out to me actually. My mom was like, ‘Amy’s called her son “genital.”’ And I was like, ‘What are you talking about?’ And then, she was right.”

The comedian and the Beetlebung Farm Cookbook author welcomed their son on May 5 and announced his name two days after his arrival. 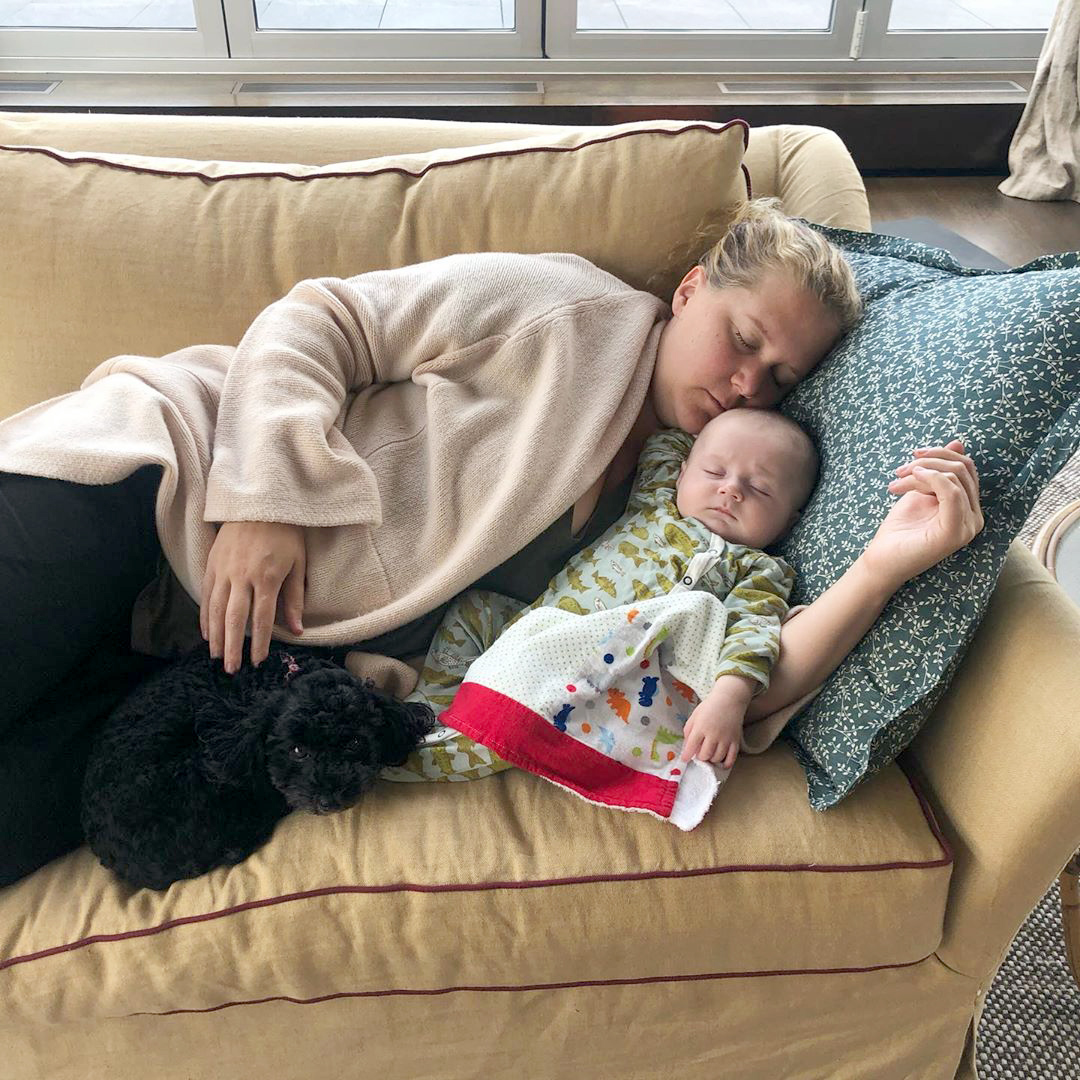 Schumer’s birth was “scary,” she revealed in a December 2019 podcast interview. “I was throwing up through the first hour of my C-section,” the I Feel Pretty star said during the “Informed Pregnancy Podcast” at the time. “It’s supposed to take about an hour and a half. Mine took over three hours because of my endometriosis.”

While the experience was “kind of brutal” and “torture,” Fischer was “great.” She gushed, “We just stared in each other’s eyes and he just held me there. Then they let me hold Gene for a good amount of time. I got to see him and hold him.”

Us Weekly confirmed in February 2018 that she and the Massachusetts native tied the knot in Malibu after a few months of dating. “It was a very chill wedding. It was thrown together last minute,” a source told Us exclusively of their ceremony at the time. “Most of the guests found out the wedding was happening on Tuesday from a text message sent out by Amy on Sunday. It was like, ‘Hey, this is happening. If you can make it, great. If not, no worries.’ People were in and out all night. It was a gorgeous day. Everyone was having a good time.”