Naomi Campbell may have surprised us all with her baby announcement on Tuesday, but maybe we shouldn’t have been so surprised after all. In a sweet Instagram snap shared today, the supermodel announced the arrival of her first child, which she may have been giving us clues about for years. 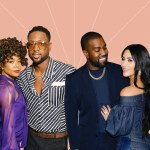 Celebrity Parents Who Had Their Kids Via Surrogate

Campbell captioned the photo, which features the new mom’s hand cradling two tiny baby feet:  “A beautiful little blessing has chosen me to be her mother. So honoured to have this gentle soul in my life there are no words to describe the lifelong bond that I now share with you my angel. There is no greater love.”

Though the announcement didn’t reveal the baby’s name or sex, Campbell hasn’t been shy over the years about dropping hints that a family might be in the cards when she was ready. In 2008, she revealed that she had struggled with infertility. “I was not able to have children until March,” Campbell told reporters at a fundraising event. “Now it’s in God’s hands. I would love to have a family.”

Knowing that she had talked about infertility, maybe people should have stopped asking her about having kids? But of course they didn’t.

“I think about having children all the time,” she told Evening Standard back in 2017. “But now with the way science is, I think I can do it when I want.”

And in 2019, she hinted to WSJ Magazine that maybe kids were in her future, saying, “Not yet — I’ll see what the universe brings me.”

Pregnancy and adoption rumors have swirled around Campbell for years, because apparently people just can’t seem to understand how a woman could not possibly want to join the motherhood club or fathom that a woman’s sole purpose in life is not to procreate. Similarly, when or if Campbell would one day have a family has always been a major talking point any time she makes headlines.

This time, though, the baby news is legit — it came straight from the mouth of the new mom herself, or at least from the social media feed of the new mom. We wish her and her new little one all the best and we can’t wait for the baby name announcement!

We wonder if Naomi’s baby’s name will make our list of unique celebrity baby names.