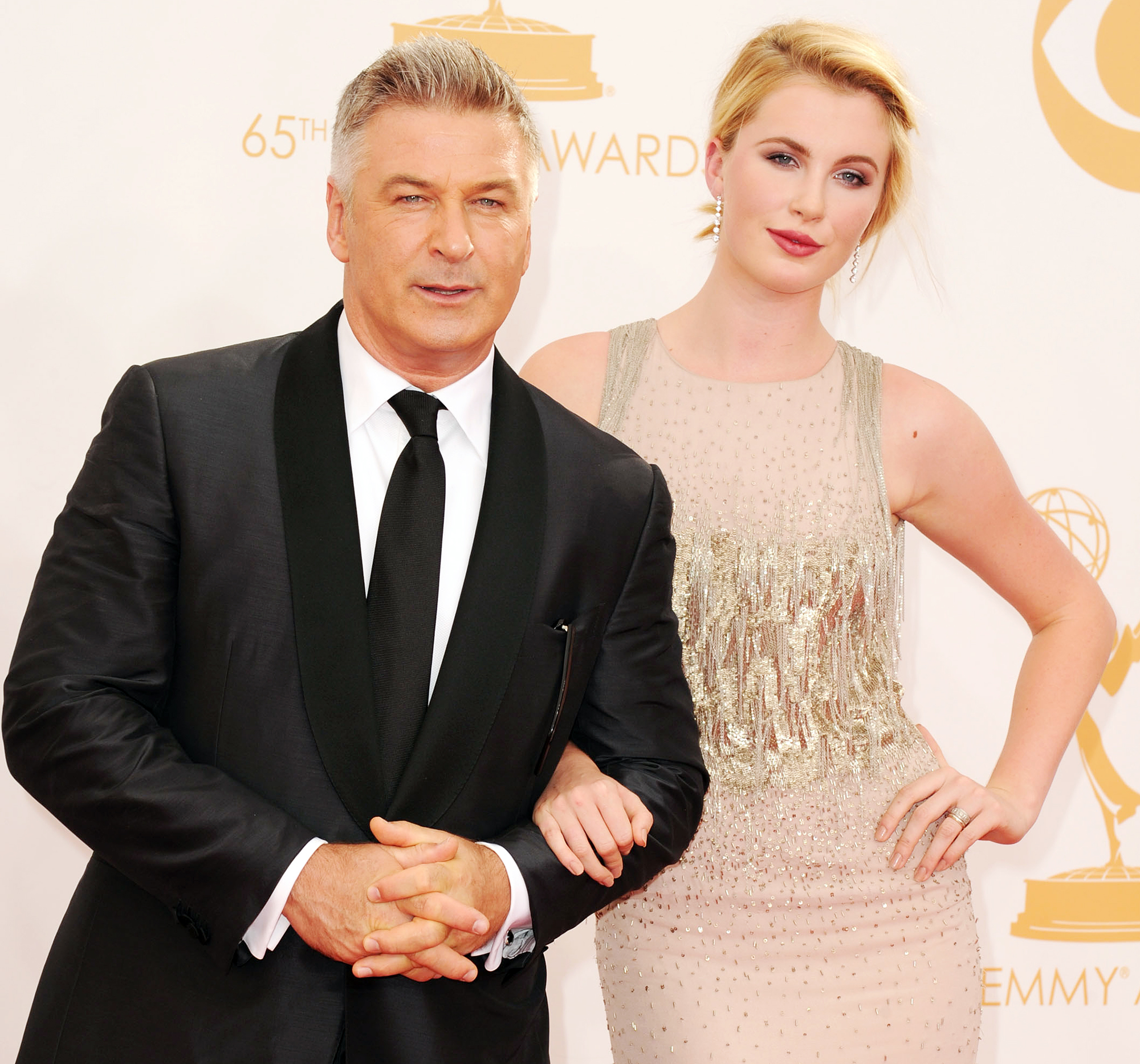 Well, this is awkward. Ireland Basinger-Baldwin’s sexy Instagram picture on Saturday, August 18, racked up more than 25,000 likes — and a disapproving comment from her dad.

“No. Just . . . No,” Alec Baldwin wrote in response to the shot of his swimsuit-clad daughter straddling a motorcycle.

Josh Brolin, however, didn’t have a problem with the shot that showcases the 22-year-old’s derriere. He replied with three flexed bicep emojis.

This isn’t the first time the three-time Emmy winner has expressed his discomfort over Ireland’s snaps on social media. In August 2017 , when the 6-foot-2 Guess model posted a topless photo, Baldwin, 60, wrote, “There you go again.”

Ireland’s mom is actress Kim Basinger. She and the 30 Rock alum split in February 2002 after nine years of marriage. He married yoga instructor Hilaria Baldwin in 2012 and they share four children: Carmen, 4, Rafael, 3, Leonardo, 23 months, and 3-month-old Romeo.

Alec may just have to unfollow Ireland, as it doesn’t appear she will be toning down her feed any time soon. The star explained in June 2017 that she shares racy images to encourage body positivity. “I am not going to be body-shamed for being pale or not stick thin,” she explained to Entertainment Tonight at the time. “I’m not going to spend hours Photoshopping my authenticity away. I’m not going to beat myself up for not looking like someone else.”

Ireland followed in her mother’s footsteps in February 2018 by posing nude for PETA. Basinger, 64, stripped down in 1994 for the animal rights organization.