Finn Wittrock may play a host of gruesome characters on the American Horror Story franchise, but in real life, he’s about to take on a role of a completely different nature: doting dad. The actor is expecting his first child with wife Sarah Roberts, Us Weekly can confirm.

The twosome was spotted headed to an event in L.A. on Tuesday, December 4. Roberts showed off her growing baby bump in a long white turtleneck dress with a tie around the waist. Her husband, meanwhile, walked alongside his wife in a sleek black suit over a gray undershirt. 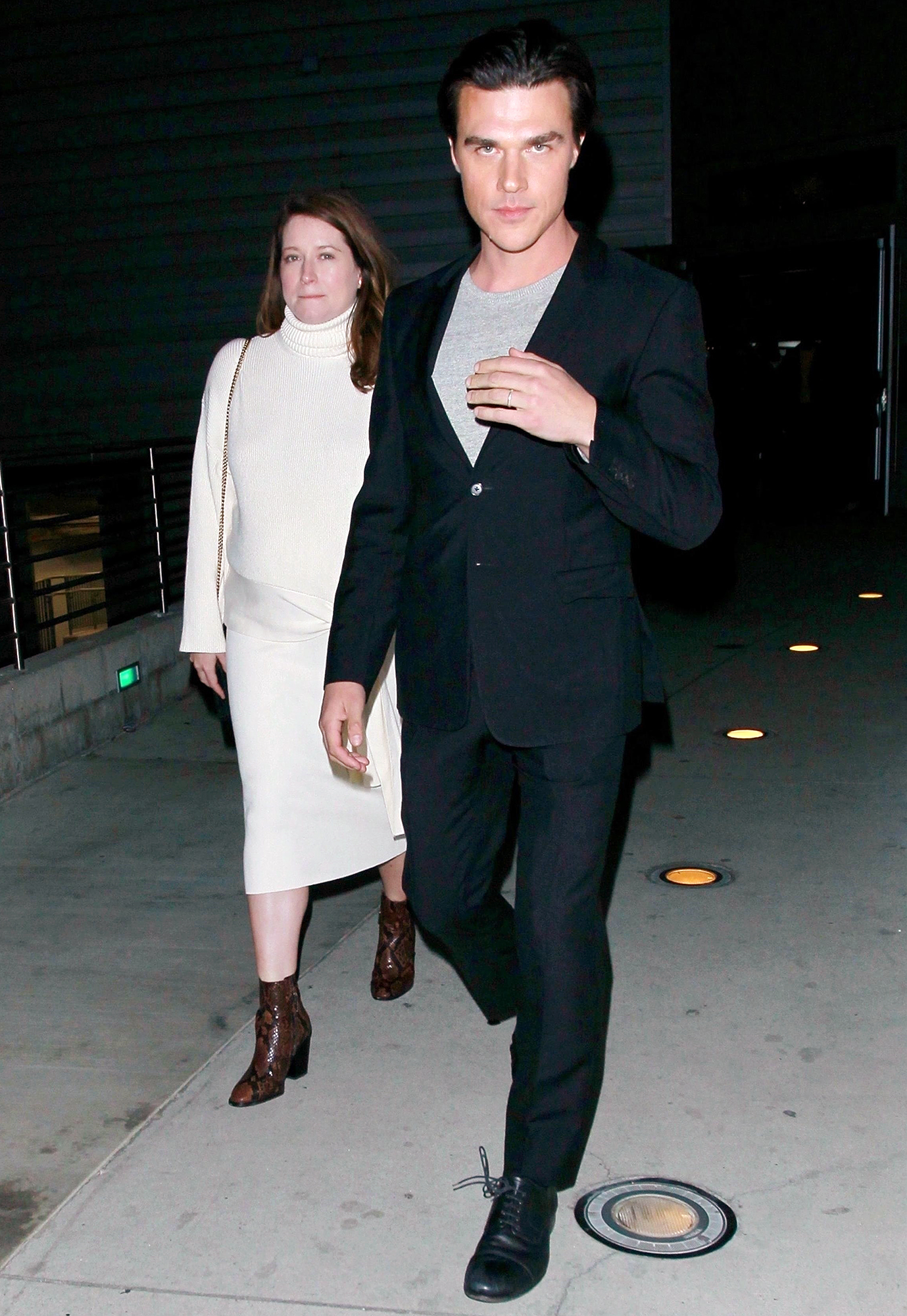 The Assassination of Gianni Versace: American Crime Story vet, 34, married Roberts in a sweet ceremony at the Columbus Park Refectory in Chicago.

The longtime couple attended Juilliard together in New York City.

Wittrock hinted that he had babies on the brain in November, telling Salon of his own upbringing, “It’s scary to raise kids in L.A. I got in some trouble, but I could have gotten in a lot more.”

The Write When You Get Work actor also revealed that needs a little help from his family when it comes to getting things accomplished around the house. When asked if he considered himself handy, he replied, “I would say yes, and then my wife would laugh out loud. I’m not the worst. My dad was pretty handy, and I can pick up stuff, but I can call him if I need s–t done.”