There’s so, so much news coming out of the British Royal Family these days, but this latest story doesn’t actually involve Oprah or that interview. In a very unexpected and somewhat un-posh way, a new royal baby has arrived. 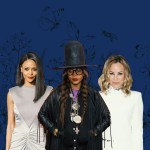 From Gigi Hadid to Erykah Badu, Celebrity Moms Get Real About Their Home Births

No, Meghan Markle didn’t pop early. Accomplished equestrian Zara Tindall, the daughter of Princess Anne and the eldest granddaughter of Queen Elizabeth II, gave birth to son Lucas Philip at on her bathroom floor in an unplanned home birth on Sunday evening in England. Whoopsies!

And unlike a royal birth announced with fanfare appropriate to the monarchy, the world learned of the arrival of baby Lucas on Tuesday’s episode of the rugby podcast The Good, The Bad and The Rugby, co-hosted by Mike Tindall, his daddy and Zara’s husband, who has captained the English rugby team.

According to Tindall’s podcast announcement, Lucas “arrived very quickly,” with one midwife on the scene right away because she was nearby, while another midwife joined just as the baby’s head was crowning.

“It was running to the gym, get a mat, get into the bathroom, get the mat on the floor, towels down, brace, brace, brace,” Tindall said in the podcast.

Whew! At least the birth wasn’t in the lobby of an apartment building like the second child for Seth Meyers and wife Alexia Ashe. Super awkward. (And so funny, the way Meyers tells it.)

Both mom Zara and baby Lucas, who weighed 8 lbs. 4 oz. at birth, are doing well. The Tindalls have two other children, Mia Grace and Lena Elizabeth.

Lucas is Queen Elizabeth’s 10th great-grandchild and is 22nd in line to the throne. A Buckingham Palace spokesperson told CNN that the Queen and her husband, the Duke of Edinburgh, are “delighted with the news” and hope to see the newest addition to the family when “circumstances allow.”

See the meaning of Lucas’ name and all our other favorite royal baby names from around the world.