A mom took to Reddit to share a really difficult story about her daughter’s behavior and the whole community is rallying around with support.

The Reddit user explained that she has three children — Lucy (F21), Diane (F17), Rosa (F15) — and her husband died in a work accident 11 years ago. In the years following Lucy’s 18th birthday, she’s started running into a lot of trouble and hanging out with “sketchy” people.

“She’s gotten into heavy smoking cigarettes and weed, partying at every opportunity, getting drunk everyday and I suspect she’s been doing hard drugs,” the concerned mom wrote. “She’s started treating the house like a BnB and is very disrespectful to me and her sisters. I didn’t raise her to act like this and I’m at my wits’ end.” This mom has tried to get Lucy into rehab and therapy but she refuses.

Lucy works a retail job and lives in the house rent-free. She buys her own groceries but her mom suspects that she blows the rest of her income. Three weeks ago, heirlooms that belonged to Diane and Rosa went missing from their rooms. When the mom approached Lucy about it, she claimed she had nothing to do with it.

“I pressed the issue and pointed out that she went partying and spent loads of money, and Lucy eventually admitted that she stole the jewelry and pawned it,” she wrote. “Even though it was kind of obvious that it was Lucy, I was still shocked that she would do something like that.”

The mom decided to kick Lucy out of the house. Her daughter moved in with her grandparents, who are accusing this Reddit user of being a “horrible mother” and “choosing favorites.” 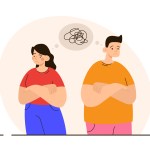 Now, she’s turning to the Reddit community for answers. Is she being TA here? Many people chimed in to reassure her that she was absolutely not in the wrong. However, lots of users emphasized that she should do what she can to get that jewelry back.

“OP – if you do not hold your eldest daughter legally responsible for the theft she committed in order to return the stolen property to your younger daughters, you will be fundamentally and clearly favoring your older daughter over your younger two,” one user wrote. “Simple as.”

Another person added: “NTA for kicking her out, but YTA for not reporting the theft to the police. You’re doing Lucy no favors by shielding her from the consequences of her actions. And I betting your parents will change their tune once Lucy starts stealing from them.”

Several people pointed at that, as hard as the decision was, this mom has to protect her two younger daughters.

“NTA. The fact of the matter is she showed little respect for her sisters privacy and their property as well as violated their trust. Not to mention what she did is a literal felony. You gave her plenty of notice to move out of YOUR home AFTER you attempted to help her get clean and her life back on track,” a user noted. “Unfortunately you had to make a decision for the betterment of your family and you only made that decision after multiple instances of wrong doing.”

What do you think of the OP’s decision? And what’s her next step here?