“We’re having another boy,” Faagata, 30, wrote on Instagram on Thursday, January 10, along with a family photo of herself, her 23-year-old husband and her 11-month-old son, Oliver. “I’m now 24 weeks and due at the end of April.” 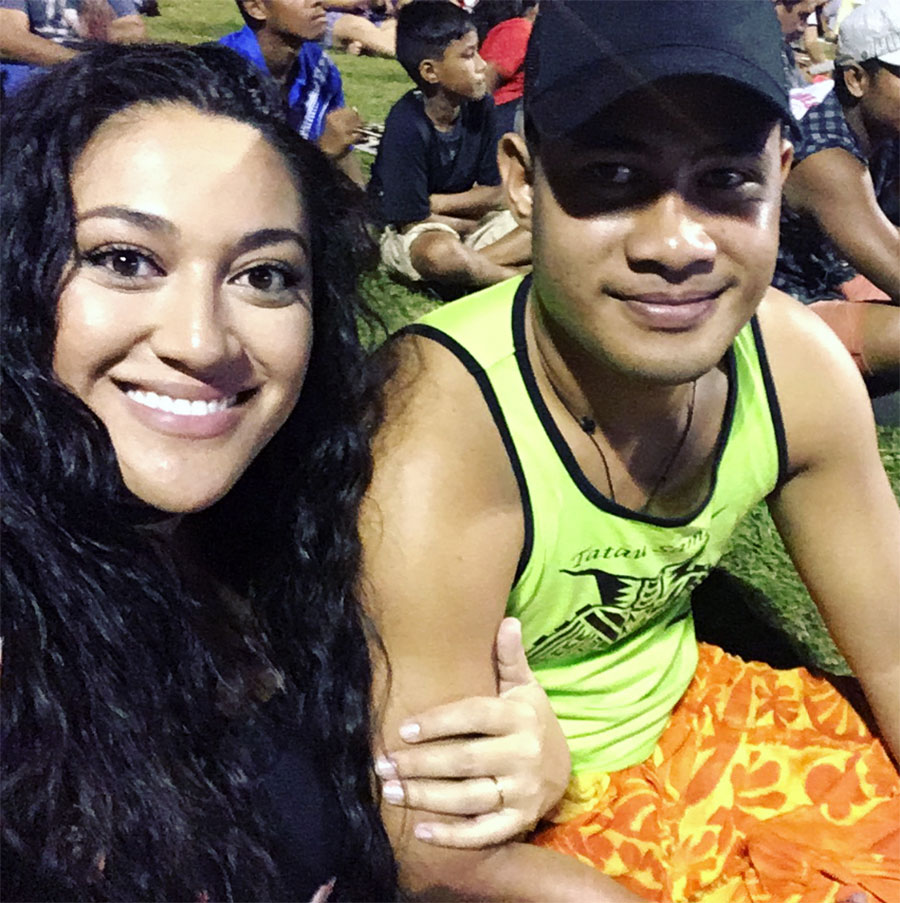 The family of three stood in front of a television screen that showed an ultrasound. Faagata added, “Anyone else think they look like twins?” referring to Oliver and his unborn sibling.

Pulaa posted the same snapshot on his Instagram page and captioned it, “Yaayyyyy it’s another BOY,” adding several joyful emojis.

The couple met in July 2016 when the Orange County native, who was raised Mormon, went to Samoa and stayed at the resort where Pulaa was working. Faagata lost her virginity to her now-husband and became pregnant, much to her family’s disappointment. The pair tied the knot with their son present on September 14.

Faagata was criticized after the 90 Day Fiancé episode in which she found out she was expecting again aired, because her reaction wasn’t completely positive. She later admitted that she went through several mental health struggles during her first pregnancy, which caused the slightly negative reaction.

“I had antepartum depression while pregnant with Oliver, to the point that I wanted to kill myself,” she explained on Instagram in December. “Once the baby came, I had postpartum depression: I wasn’t bonding with him, I cried all the time and wanted to die again.”

She continued: “Please know that I was concerned about the well-being of my son because of my mental state when I’m pregnant, not that I was ungrateful to be pregnant. Wishing you all the very best, and that all of the positivity and light you spread to others gets sent right back to you!”