Giving birth is an intense transformative experience that affects nearly every part of your body, including your brain. Sure, having a baby means you’re going to deal with about six or more weeks of physical pain and discomfort, but that’s certainly not all you’ll feel. Your hormones are totally out of whack, you’re exhausted and overwhelmed, and if this is your first time around, you’re experiencing entirely new worries and thoughts that can leave you feeling isolated and confused.

You’ll likely experience at least some degree of “the baby blues” or even postpartum depression — but that’s not all that happens inside your head. Experts seem to agree that giving birth can change your brain forever in certain ways, especially when it comes to the way you think and feel about your child. Having an idea of what’s going on up there might make you feel a little less freaked out by what you’re going through, so here’s a look at some of the strange things that can happen to your brain after giving birth.

A hormone is released that allows you to bond with your baby immediately.

If you’re a mom, then you know that the moment you meet your new little baby, your heart fills with an overwhelming love. Have you ever wondered where, exactly, that comes from? Dr. Daniel Atkinson, GP clinical lead at Treated.com, told SheKnows that this feeling of intense bonding comes from the release of the hormone oxytocin.

Dr. Atkinson explained, “It’s produced in the hypothalamus gland and you get a massive release of it during childbirth. It’s also released during breastfeeding, and it helps mothers bond with their child, providing a feeling of love and security and safety.”

Of course, even though oxytocin is released, not all mothers feel that immediate bond, and that’s okay too. Dr. Atkinson said that if you’re not feeling a closeness with your baby right away, there could be a number of reasons, saying, “There can be several factors involved: how many other children are there, what the circumstances were around the pregnancy, whether or not it was a planned pregnancy, whether they are still together with the father, whether they have support around them, or whether they have the means to provide for their child.” 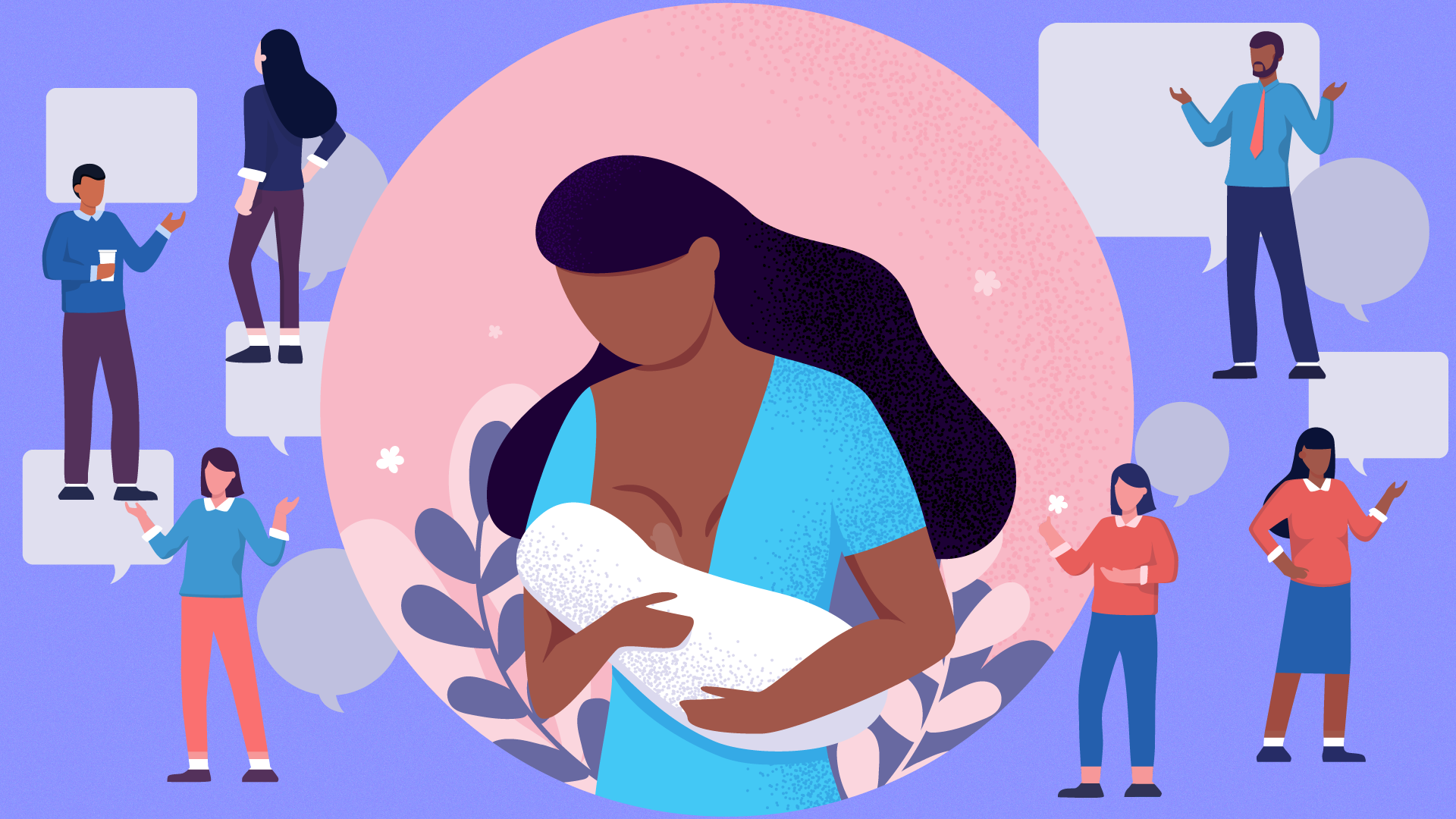 Some research using MRI technology on a pregnant woman’s brain has shown that a woman’s brain might actually decrease in size after pregnancy, but is that true? Dr. Atkinson explains the studies found “that the brain’s grey matter (the pink/grey tissue that surrounds the inner brain, which is involved in muscle control and sensory perception) does indeed decrease in volume.” That’s decrease has been seen for up to two years postpartum.

But while that might sound bad (you don’t want your brain shrinking – right?)it’s really not as terrible as it seems, and might even be beneficial. Dr. Atkinson explained, “The areas that shrink most have functions surrounding social cognition and caregiving, and some argue that the shrinkage is actually connected with a refining and enhancement of how these areas function and respond.”

That said, this is something that needs to be studied a lot more. Dr. Atkinson pointed out, “This is a very complicated area of medicine that we don’t know much about, so more research is needed.”

You’ll probably get a lot of headaches.

Add this to the growing list of physical pains you’ll feel after birthing a child: you’ll probably get some annoying headaches that will make everything you’re doing feel just a little bit harder. Sherry Ross, MD, OB/GYN, and women’s health expert at Providence Saint John’s Health Center in Santa Monica, CA, explained to SheKnows that this can be a side effect of the “hormonal transition” that includes “not getting enough sleep, baby blues, stress, fatigue, and not eating regularly or well-balanced meals.”

Want to avoid this? Dr. Ross recommends getting as much sleep as possible and eating better. She explained, “Eating a colorful and well-balanced diet keeps your blood sugar levels consistent. Drinking a lot of water, at least 10 to 12 8-oz glasses a day would also be a priority.” It doesn’t hurt to continue your prenatal vitamins either. 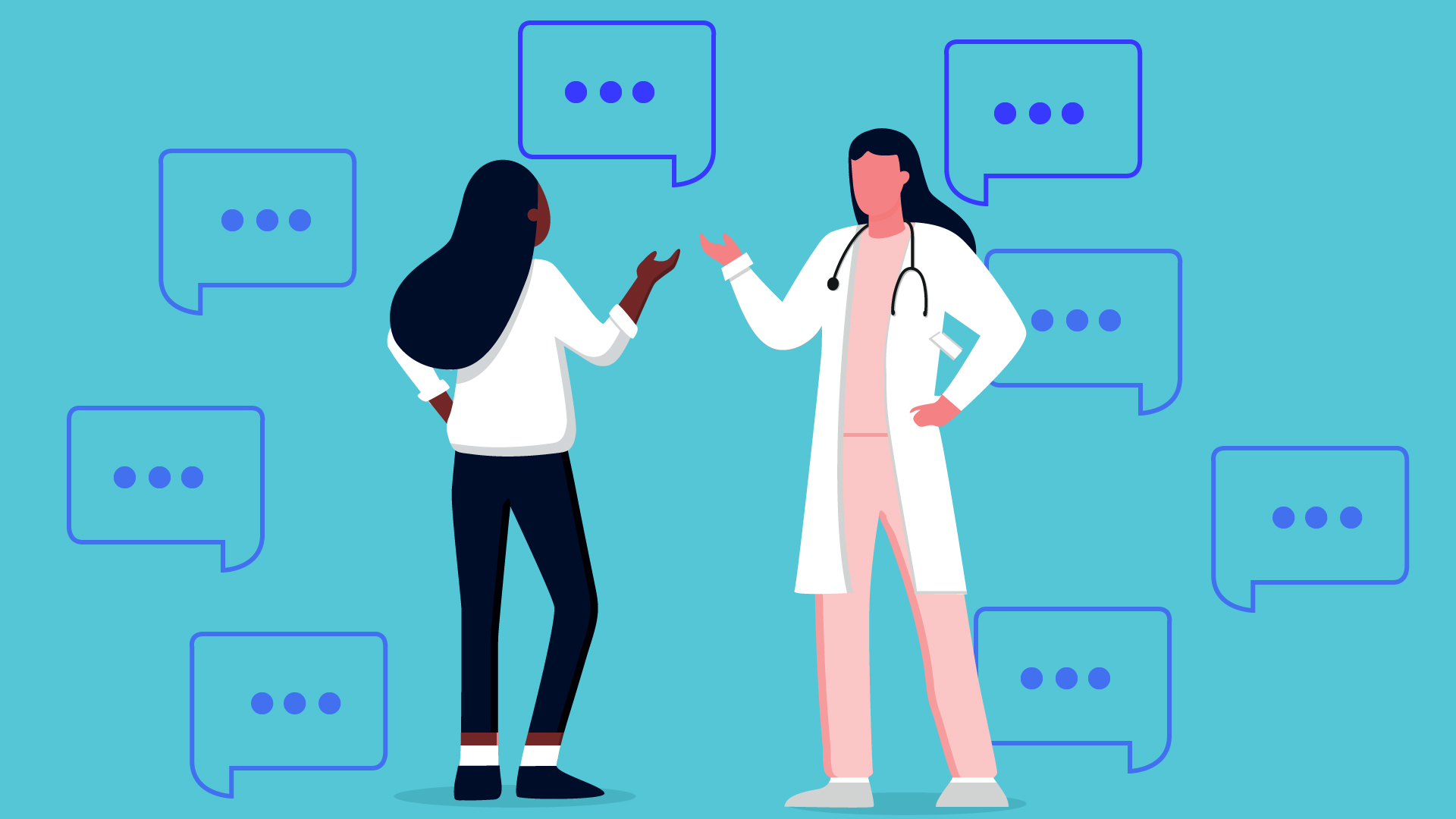 You may struggle with anxiety, even if you haven’t before.

Taking care of a brand new baby is beyond difficult, so it’s no surprise that it can cause anxiety in even the most relaxed parents. Felice Gersh, MD, OB/GYN, and author of PCOS SOS: A Gynecologist’s Lifeline To Naturally Restore Your Rhythms, Hormones, and Happiness, told SheKnows, “Many new moms experience significant anxiety over making the right decisions for the baby, worrying about if she can successfully breastfeed, and wondering how this new life will impact the relationship she has had with her husband.”

You may feel high just from being around your baby.

Your baby might be exhausting and stressful, but they’re also likely going to make you feel pretty happy as well. Research has found that mothers can feel sort of a natural high from maternal behavior. According to LiveScience, this is “fostered by a pleasure system in the brain that involves areas such as the substantia nigra, which creates dopamine, a chemical messenger that interacts with certain brain cells and causes a ‘feel-good’ high.”

For example, a 2008 study published in the journal Pediatrics found that when women saw their babies smile, the reward signals in their brains became activated. These are actually the same reward signals that would become activated by doing drugs.

Obsessive behavior tends to take over.

Don’t be surprised when your entire life starts to revolve around your baby, not just because it has to in order for you to take care of them, but also because you’ll become a little obsessive about certain things they’re doing. According to The Atlantic, many women find themselves partaking in obsessive compulsive behavior after giving birth, like constantly washing their hands or “obsessively checking whether the baby is breathing.” Researchers found that women start constantly thinking about things they can’t control, and worrying about how their baby is feeling all the time. This need to take care of your child is often referred to as “maternal motivation.”

At this point, you’ve almost definitely heard of postpartum depression, and chances are good that you know someone who has suffered from it. But this isn’t just something that happens once in a while – it can happen to anyone, and often does. Patricia A. Evans, NP, CNM, nurse practitioner and certified nurse midwife at MemorialCare Orange Coast Medical Center in Fountain Valley, CA, told SheKnows that “postpartum depression (PPD) is more common than most people think, and is more complex than baby blues.” She explained, “Feeling overwhelmed with new responsibilities that constantly surround a new mom, sleep deprivation, and pain from delivery are just a few of the events that can lead to feelings of anxiety, frustration, and lack of patience.”

She added that it’s extremely important to recognize these feelings as real because “they can deprive a new mom of the joys of motherhood.” Evans recommends leaning on family and friends for help with cleaning and eating meals, as well as joining support groups and even seeking professional help if needed. She said, “If the depression worsens, medication may be necessary. Talking to your healthcare provider is a great place to start and they can provide guidance for you and your family.”

In the end, your brain will adapt to all of the new changes, even if they seem out of control now.

Having a new baby and dealing with postpartum pain and emotional changes can be really, really tough. Luckily, our brains are strong enough to handle and adjust to everything. Dr. Atkinson said, “The brain has an incredible capacity to adapt to new situations. There are lots of basic instincts that come into play that are not taught or read about, that mothers (and fathers) pick up when looking after a child. Even though it’s one of life’s most challenging events, people adapt incredibly well.” So at least there’s hope!