The Cambridges’ eldest son looks just like his father, 39, in the new photograph, which the palace said was taken last month by his mother, also 39, at their family home in Norfolk. 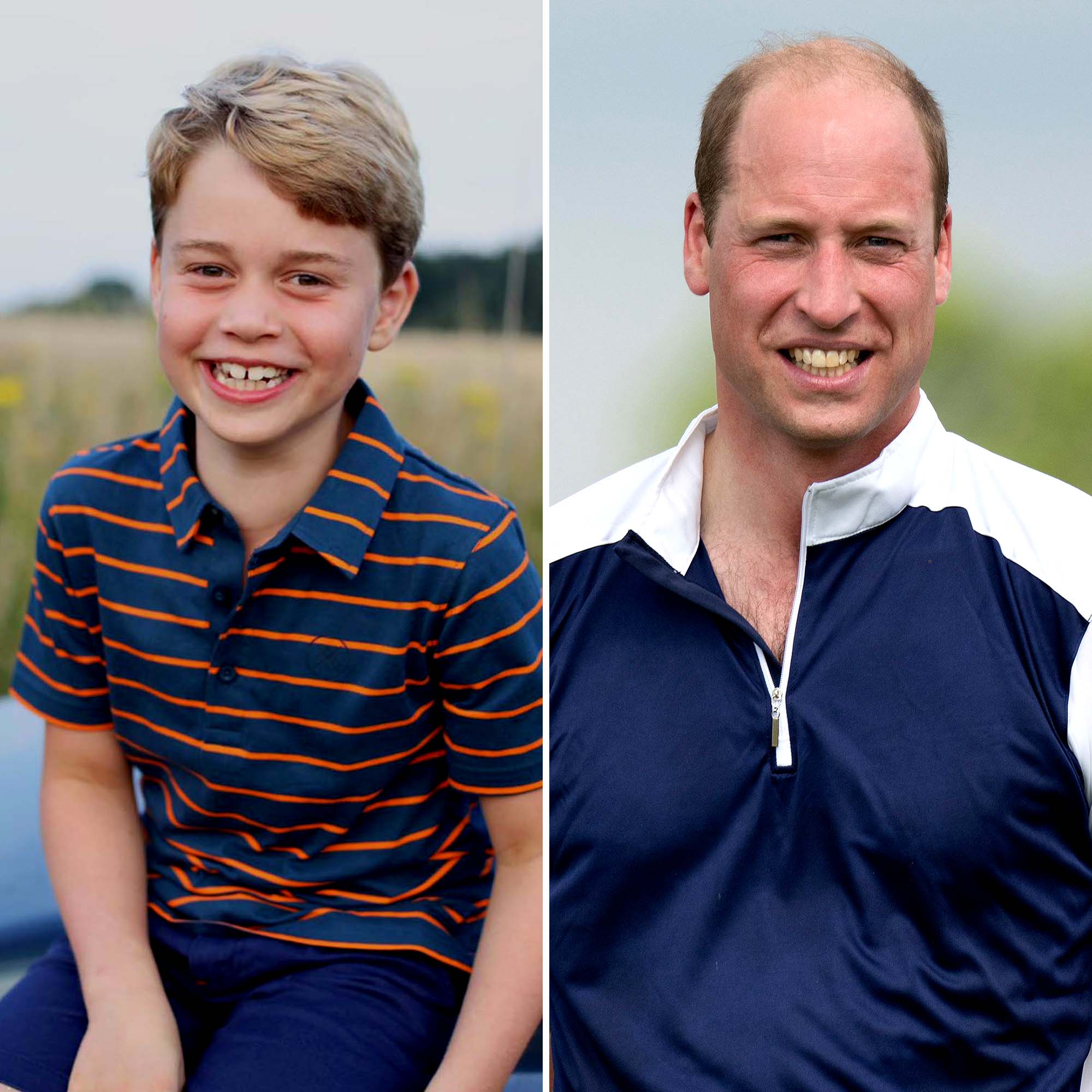 George celebrated his 7th birthday last year with a “camping-themed BBQ party” amid the coronavirus pandemic.

“He and Kate surprised the birthday boy with a yurt as his gift, and he received a new bicycle from Charlotte and Louis,” a source exclusively told Us Weekly in July 2020. “William wants to keep the kids busy over the summer holidays, so he’s planning to build furniture for the yurt with George.”

The birthday boy’s young siblings “helped Kate bake a chocolate sponge cake for George and decorated it with sprinkles, lollipops and colorful candy,” the insider said at the time.

George sported a camouflage shirt and a green polo in his birthday portraits that year, smiling at the camera in both shots.

That same month, another insider told Us that the little one has “come out of his shell” and is “confident.” The source added, “He’s kind-natured and thoughtful and looks out for his brother and sister.”

The “high-achiever” has a “competitive streak,” the insider said. “Kate and William joke that he ‘likes to be the best at everything.”

Another source exclusively told Us in August 2020 that George “is aware that one day he’ll be the King of England,” noting, “William already explained his future role to him, and he loves learning about his family in history classes. As George is only 7 years old, William tries not to overwhelm him with too much information, but George is aware that there’s a lot more to being king than how the role is portrayed in Disney movies and children’s books.”

Kate and William “go out of their way to keep” George and his siblings “grounded,” the insider explained at the time. “While the kids know there’s something special about them, they’re not spoiled.”

The duchess has taken many of her kids’ birthday portraits over the years. Keep scrolling to see her eldest child’s latest.