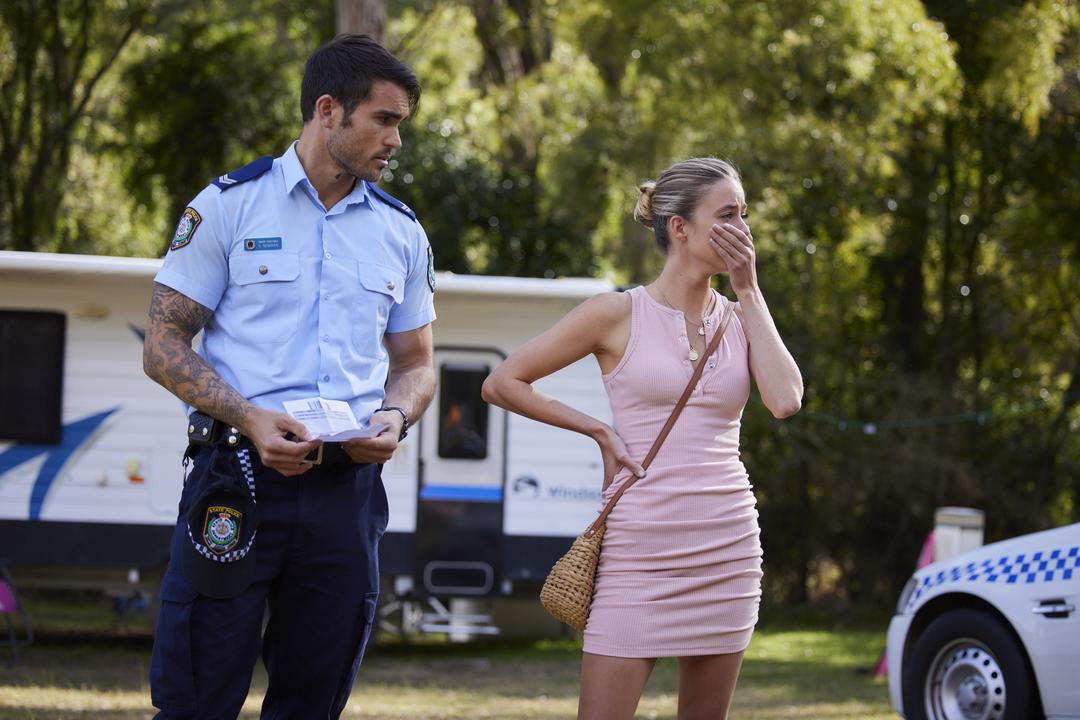 Felicity (Jacqui Purvis) has been under increasing pressure from the cops as they become convinced she is behind the devastating chemical attack which left several members of the Bay clinging to life. Despite Cash’s (Nicholas Cartwright) efforts to protect her, Detective Nasser (Julian Maroun) has shown up in the caravan park to do a raid on her van.

To Felicity’s horror, Nasser and his team find a bottle of pills in the van – the same ones which were used to sedate Tane (Ethan Browne) ahead of the attack. Nasser takes her down to the station for further questioning, and Felicity begs Cash to come with her, but Nasser tells her he’ll handle it and drives her away.

The next morning, Anne (Megan Smart) drops Felicity back home and she refuses to speak to her brother. Cash goes to speak with Nasser, who only confirms the situation is serious as toxicology has confirmed the pills found in the van are identical to those used on Tane.

Meanwhile, Felicity goes into her van and checks her phone, only to see the latest ‘toxic Felicity’ post from Nikau (Kawakawa Fox-Reo) which mentions the burnt pesticides receipt. Apart from Jasmine and Cash, the only person who knows about it is…Anne. Felicity’s nightmare becomes worse as she realises her best friend is the one framing her for the chemical attack.

Anne goads Felicity – prove it. Realising she’s stuck, Felicity makes a decision. Later, Nasser heads out with his unit to arrest Felicity for attempted murder, but she’s nowhere to be found.

Felicity’s absence only makes her look guiltier, and to make matters worse, Nasser tells Cash he believes he assisted his sister’s escape…