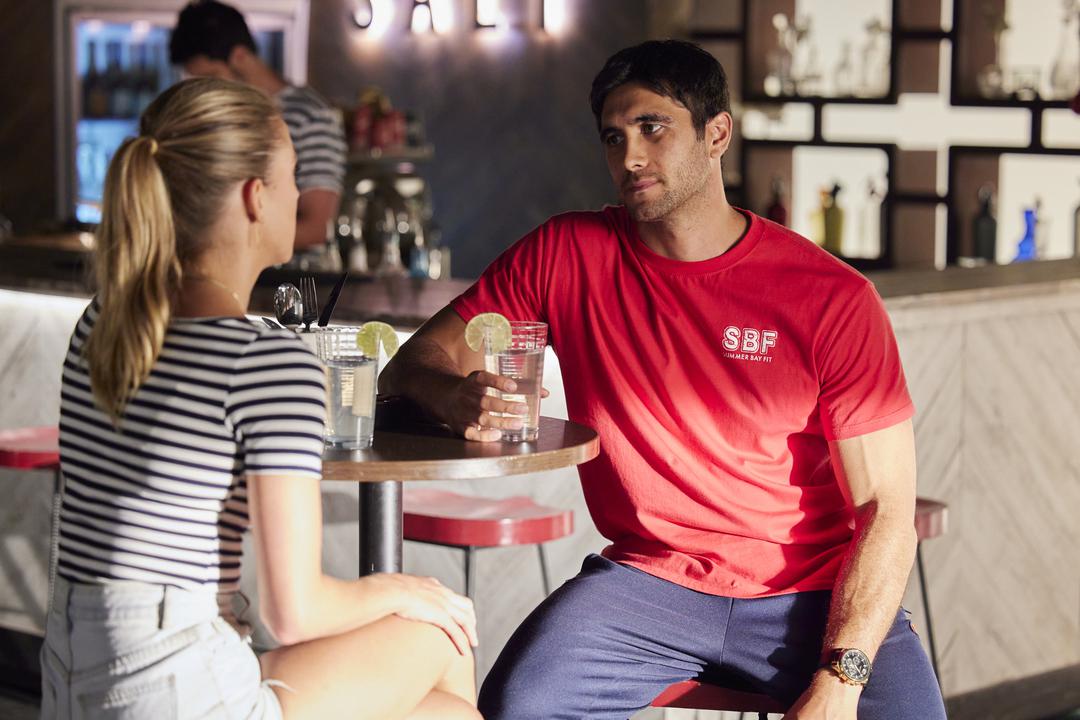 Mackenzie (Emily Weir) has recently been put through the wringer by a mysterious and wealthy gambler called PK (Ryan Johnson), who told her during a VIP poker night in Salt that the House had lost – so she owed all of the players $100,000. He ‘sorted it out’ and told her that in order to repay him, she’d have to spend the night with him.

Keen to get revenge, Mackenzie has been trying to get PK to host another event so she can take all of the winnings and use it for Salt’s debt. However, Nathan (Ryan Panizza) got wind of the conversation and came to the restaurant to warn her, only to have Mackenzie tell him to leave.

When Mackenzie closes up the restaurant for the night, with Dean (Patrick O’Connor) waiting at the bar, two men walk in and quickly begin to wreak havoc on the business, smashing it up, brandishing a knife and holding both Mackenzie and Dean hostage. Dean quickly understands the gravity of the situation and tells Mackenzie to do whatever the men say.

As the siblings kneel on the ground while the thugs continue trashing the restaurant, Tane (Ethan Browne) and Felicity (Jacqui Purvis) are closing the gym and making their way up to the bar for a nightcap. They are greeted with the chaos inside, and the two men react immediately – Dean tackles one thug, while Tane goes for the other.

Felicity and Mackenzie dive for cover while the men brawl, and eventually the thugs seem to have lost the upper hand. However, as they leave, Tane remains collapsed on the floor, and Felicity rushes to his side. Seeing blood on his hands and stomach, everyone realises he’s been stabbed…

Mackenzie begins dialling for help, but Tane weakly tells her – no cops. Dean reluctantly agrees; if they find out why Tane was stabbed, Mackenzie’s poker nights will be discovered and she could face jail time. But how will Tane get medical help if they can’t call the authorities? Will he survive?