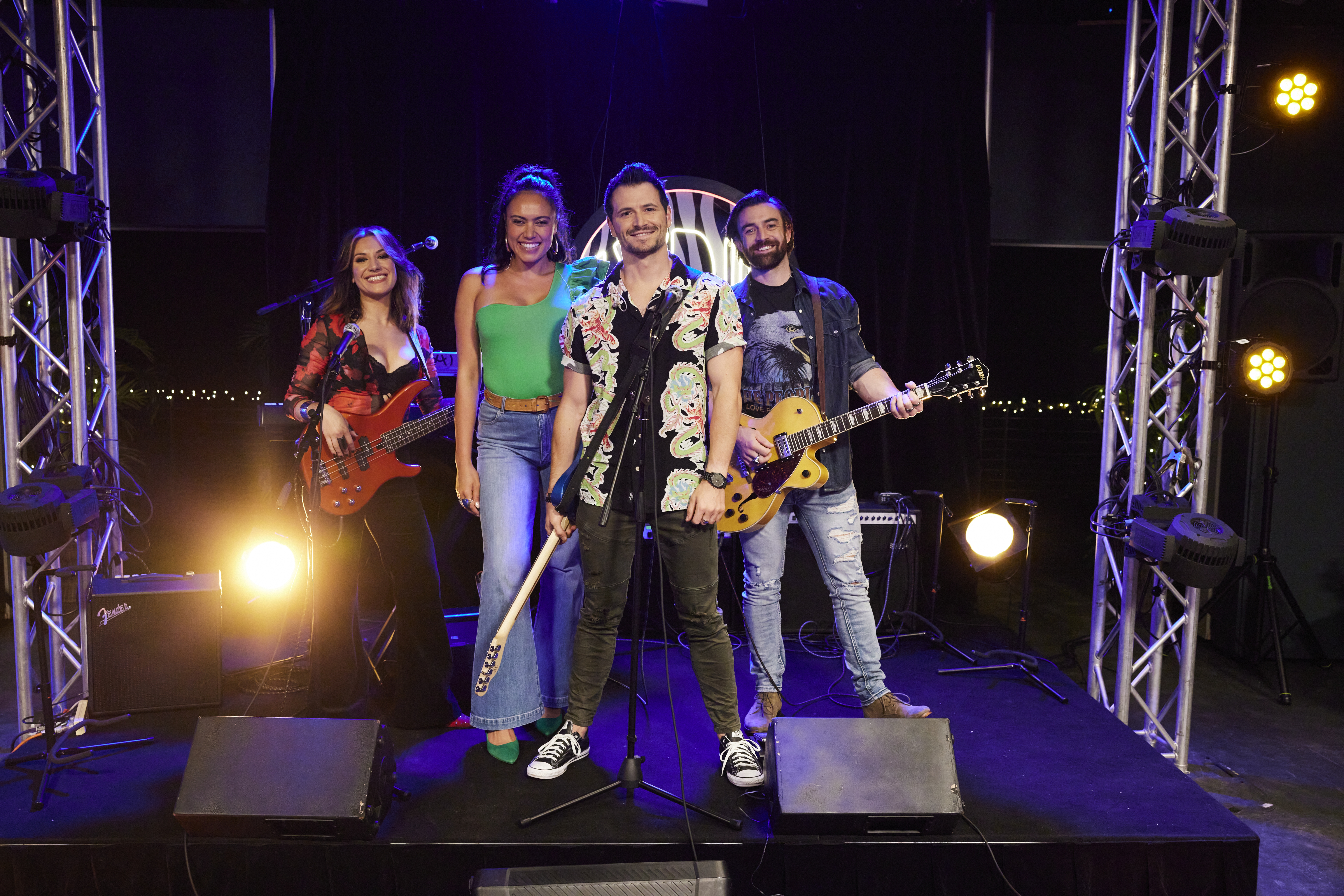 Bob (Rob Mallet) has recently returned to the Bay with a clear agenda – he wants to win Kirby (Angelina Thomson) back.

However, he’s surprised that nobody is giving him a warm welcome, instead making it clear he’s free to leave again. To his dismay, Kirby makes it clear that she and Theo (Matt Evans) are solid, and Lyrik is doing better than ever without him.

He tries to speak with Remi (Adam Rowland) and Eden (Stephanie Panozzo), but the pair never liked his attitude in the past and they’ve always been Team Kirby. Next, he tries to taunt Theo by suggesting that his relationship with Kirby has always followed this pattern. They break up, they get back together…Theo is just a rebound. Theo is temporarily thrown, but it soon becomes clear nothing Bob can say will impact him.

Becoming desperate, Bob drops his arrogant attitude and begins pleading with Kirby. He asks if he can play onstage with Lyrik one last time in a bid to boost his music career, which has been lagging since he left the band. Kirby is surprised to see how vulnerable Bob is – it’s not like him. She considers his offer and reluctantly agrees…

The pair head out to the van, and Remi and Eden are far from happy at the prospect of going back onstage with the man who nearly tore them apart. However, they reluctantly agree to just one song, purely because Kirby works hard to get them on side. Kirby leaves Theo a voicemail to update him, and when Theo receives it his heart drops.

Meanwhile, at Salt, Justin (James Stewart) has invited a reputable journalist to see the gig and Mackenzie (Emily Weir) has hired extra staff for the event. The band arrives, but they can’t find Theo anywhere.

Bob takes the opportunity to gleefully tell them he can replace Theo – after all, he knows all of the songs. Will Lyrik go back to Bob and leave Theo behind?