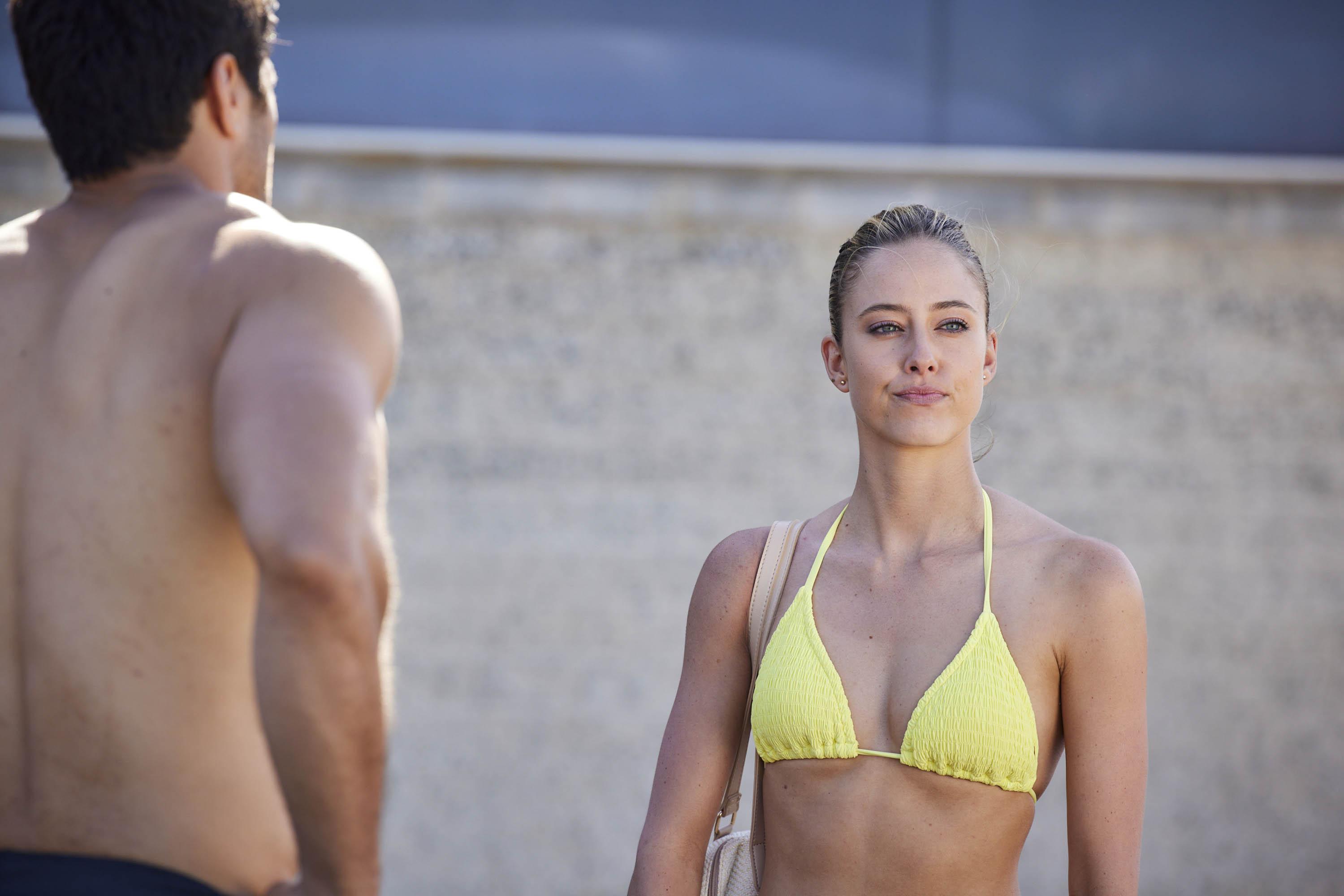 Tane (Ethan Browne) has been getting increasingly frustrated with Felicity (Jacqui Purvis) as he continues receiving roses in the mail, along with various messages indicating the sender is heartbroken by his behaviour.

Although Felicity is adamant she isn’t behind the packages, Tane can’t think of anyone else who would do it – especially as she is the one he recently rejected.

When Mackenzie (Emily Weir) tells Tane that she believes someone followed her to her car the night before and she suspects it was Felicity, Tane’s anger reaches boiling point and he marches straight for Felicity in the Surf Club.

In front of a crowd of shocked onlookers, Tane proceeds to tear strips off of her, saying that her behaviour is disgraceful and she needs to get over herself – they’re over, so she needs to stop stalking him and playing tricks on his friends.

Felicity is left horrified and upset by the onslaught, especially as she insists she has no idea what he’s talking about. She is left shaken and breaks down crying, convinced that Tane is paranoid and delusional by pinning everything on her and refusing to listen to her.

Alf (Ray Meagher) is furious to overhear the showdown and drags Tane away to the gym, where he gives him a thorough telling-off and lecture about how to speak to women with respect. Outside, Alf makes it clear he is available to support Felicity, and Roo (Georgie Parker) steps in too.

Felicity is relieved to have some people on her side at last, but will it be enough to stop Tane from verbally attacking her again?