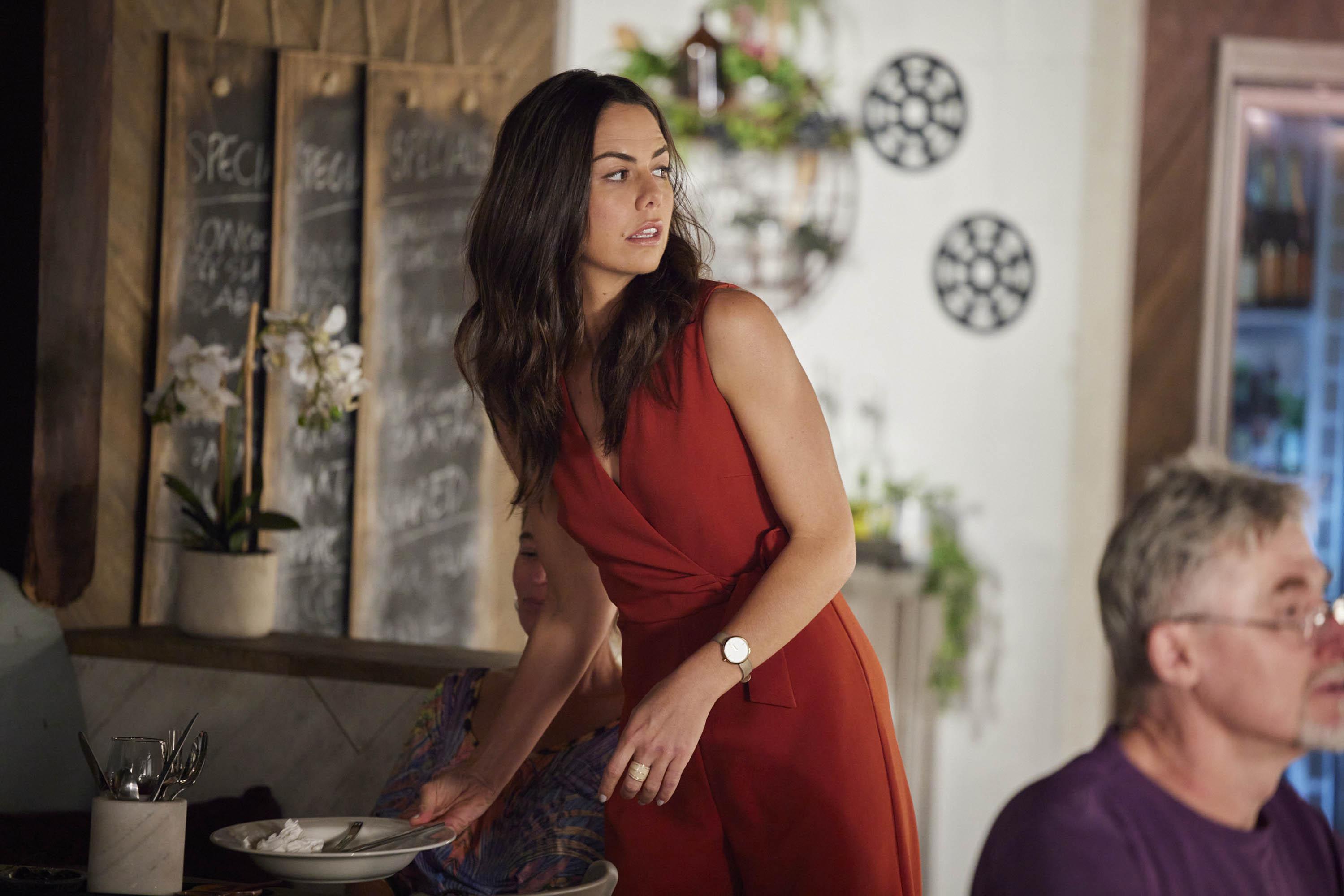 Mackenzie (Emily Weir) is behind the bar at Salt when she notices a patron who is a little wobbly and slurring his words. She wonders if he needs cutting off and sending home, but then disaster strikes as he suddenly collapses onto the floor.

To her surprise, she finds herself frozen and unable to call for help – or do anything, for that matter.

Fortunately, Xander (Luke Van Os) is also in Salt and he immediately leaps into paramedic mode. However, Mackenzie just looks on helplessly as the ambulance arrives and takes the man away. Afterwards, she beats herself up and wonders why she was so unable to take charge – she is usually a woman who’s completely in control!

Trying to make amends, she goes to the hospital later and asks for the man who collapsed in Salt. However, she is floored to learn that he’s in ICU in a coma. Rattled, she realises it’s time to get serious about first aid and take a course. She sets up a meeting with Felicity (Jacqui Purvis), who says she already has a certificate.

Mackenzie realises that not being trained in first aid could be a serious oversight for her, particularly as the manager of a bar. The situation gets worse when she goes back to the hospital and learns that the patron died. Filled with new resolve, she insists that all staff must get trained in first aid.

Overhearing, Nikau (Kawakawa Fox-Reo) gives Mackenzie some kind advice – when disaster strikes, no amount of knowledge of training can prepare you. Sometimes you just can’t control your reaction to a situation.

However, while Mackenzie appreciates Nikau’s generosity, she still feels upset with herself for being able to help the patron who is now dead…