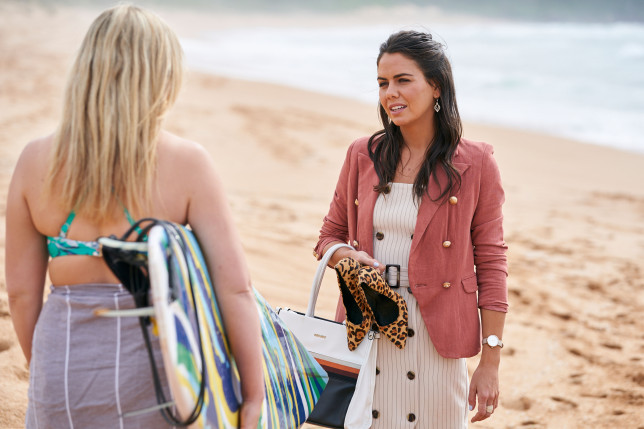 Mac (Emily Weir) has been pushing people away as she tries to decide how to proceed with her shock pregnancy news.

Leaning towards termination, she books in an appointment at the clinic, but makes plans to go alone after Dean (Patrick O’Connor) expresses his disapproval over the fact she refuses to tell Ari (Rob Kipa-Williams) anything.

Although Ziggy (Sophie Dillman) tries to keep her friend company, Mac all but pushes her out of the house, so she goes out with Tane (Ethan Browne) and the pair end up partying until dawn. Little do they know, Mac has collapsed on the floor in excruciating pain with nobody nearby to help her…

While Ziggy and Tane pile out of a cab the next day, Mac remains on the floor and manages to get the phone close enough to make a call. She dials Dean’s number, and he is concerned when she weakly says his name before the phone goes dead.

After his sister doesn’t pick up his follow-up calls, he goes round to the Farm House and sees her on the floor through the window. He kicks in the front door in his haste to get inside and rushes her to hospital.

Tori (Penny McNamee) immediately assesses the situation – Mac is having an ectopic pregnancy and it has ruptured one of her Fallopian tubes. Ziggy and Tane get to the ER as Mac is rushed into emergency surgery, and everyone realises Ari is just down the hall. Is he about to discover Mac’s secret?