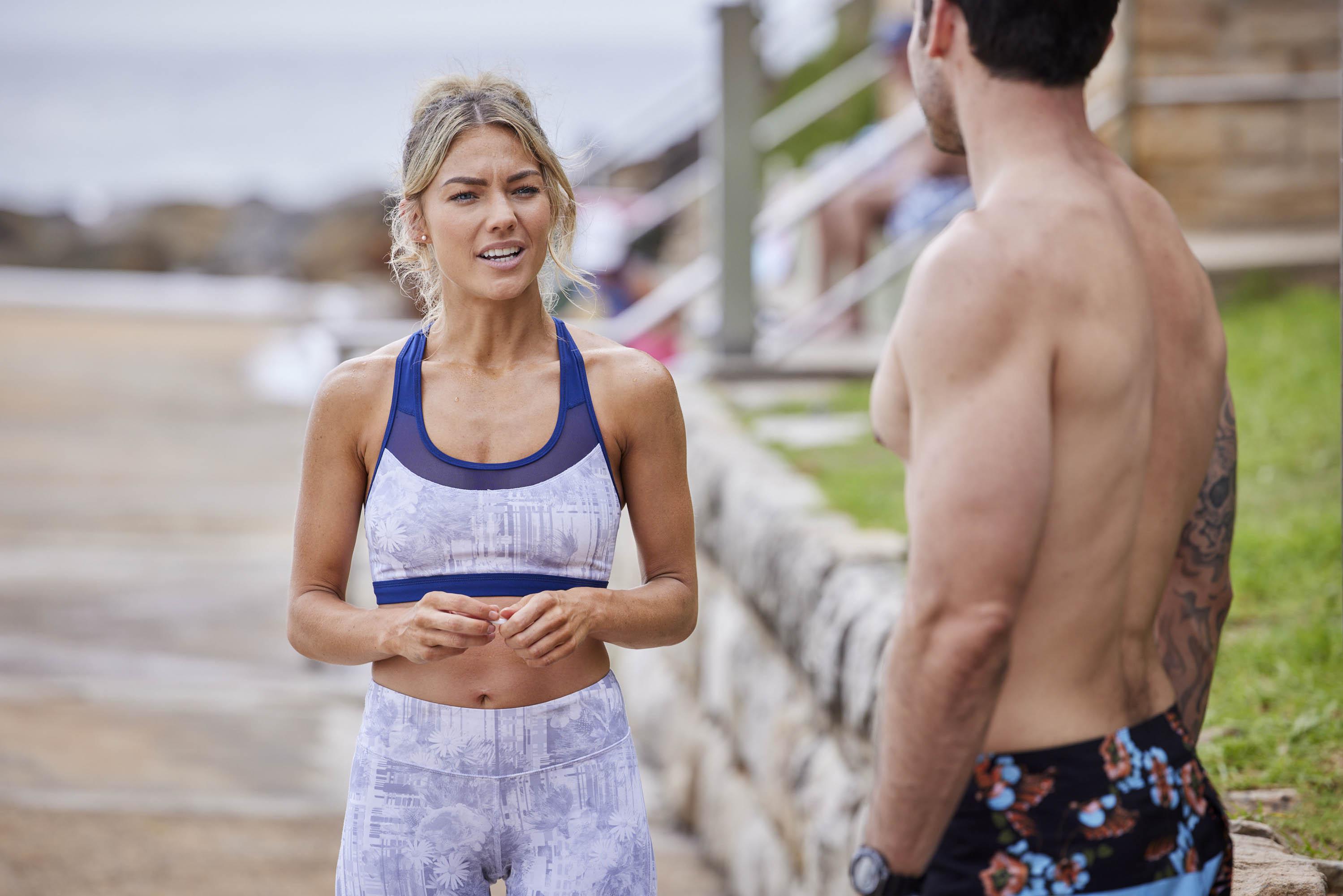 Jasmine (Sam Frost) has had some time to be single after the drama with Lewis (Luke Arnold), but is the next guy who’s interested in her going to be the right fit? While she’s out running, she stumbles across Cash (Nicholas Cartwright) as he is out in the water. The pair are immediately intrigued by each other.

Later, Cash runs into Jasmine again at the Surf Club and tries to convince her to join touch football. They awkwardly begin walking in the same direction once their conversation is over, and when Cash says he wants to check out the gym, Jasmine admits she’s the owner.

Jasmine offers to show Cash around and an attraction begins to develop between them. In Salt, Cash sees her again and offers to buy her a drink. However, any further plans are ruined when John (Shane Withington) spots them from his table with Irene (Lynne McGranger) and ushers them over for an awkward group meal.

The next morning, they catch up about the strange night in Salt, and Cash says he’d like the opportunity to go out, just the two of them. Realising he’s asking her on a date, Jasmine panics and says she’s got to go, hastily walking off and leaving Cash bewildered.

Later, while on shift with Murray (John-Paul Jory), Cash is distant and inattentive. Murray asks him what’s going on and Cash confesses he’s interested in Jasmine.

Murray says she used to be married to one of the cops, and Cash begins grilling his colleague for information about Jasmine’s past…