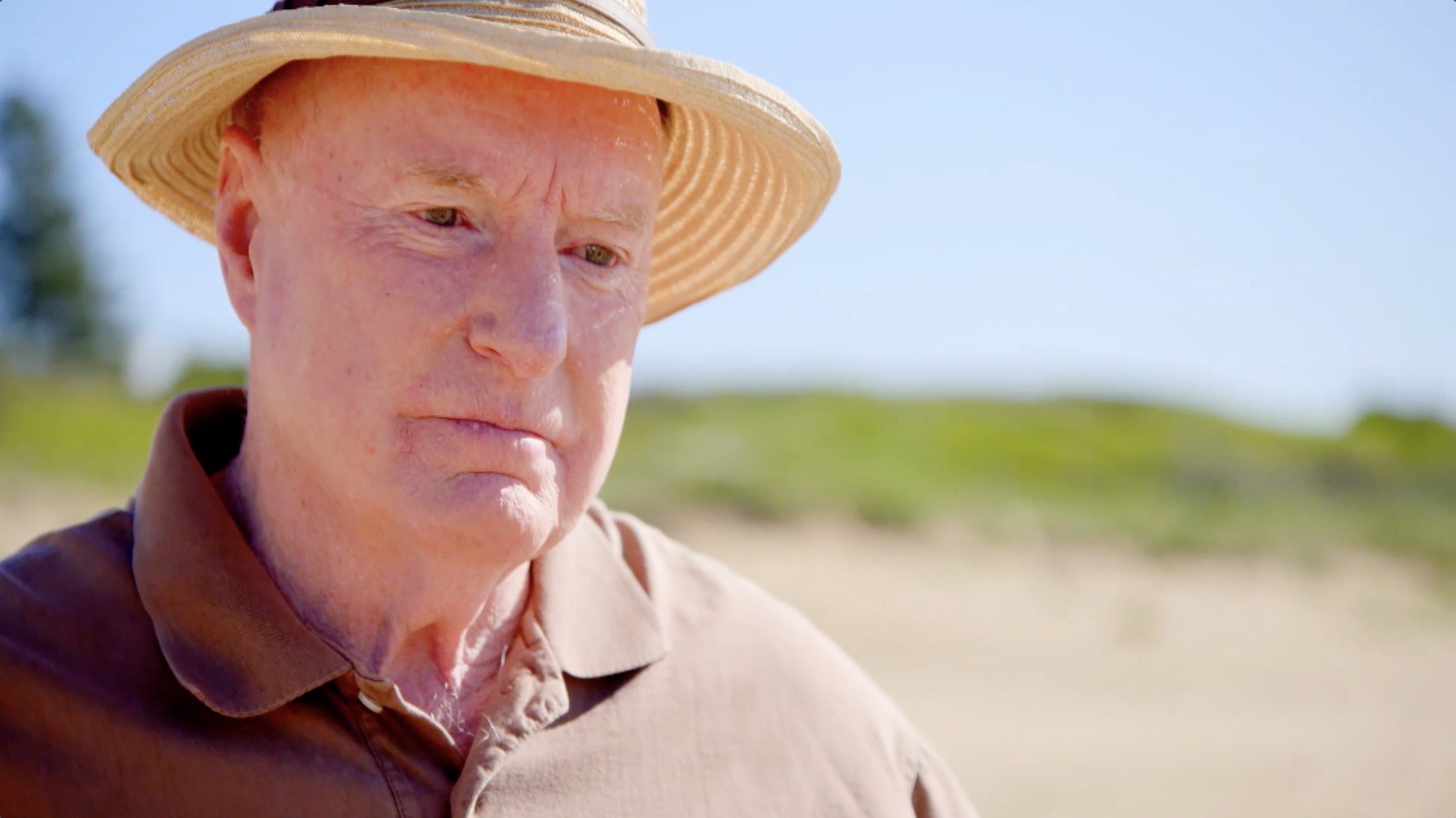 Alf Stewart (Ray Meagher) stunned us all in Home and Away when he informed daughter Roo (Georgie Parker) that he planned to depart Summer Bay and start a new life with soulmate Martha (Belinda Giblin).

Home and Away without Alf? Say it ain’t so!

The Summer Bay legend began to contemplate a life away from the Bay earlier this week, when he returned from a trip to Merimbula in a foul mood.

Roo, concerned, decided to do some digging, and she eventually found out the reason why her dad hasn’t been himself since his comeback, realising that Martha is staying put in Merimbula.

‘[Roo] is not happy about it at all,’ actor Ray Meagher told Metro.co.uk. ‘She wants them to get back together and be happy. That’s why she gave the woman her kidney in the first place, you know? So they could have a longer life and be happy together, have more time together.

‘And from Roo’s point of view, her mother’s pulling that apart by being a bit intransigent about moving there, it’s not helping the relationship.’

Alf, meanwhile, struggles with his next move, so to speak, and thus he starts to contemplate leaving the Bay and joining Martha in Merimbula!

Ray admitted that, while it’s not necessarily explored in the script, Alf would miss Roo greatly if he was to move away, explaining that there is a ‘huge amount’ of love between the two characters.

Ray is spot on, as Roo soon suggests that Alf split his time between the two locations, but he’s ultimately not keen on that suggestion, and thus resolves to leave – for good!

Subsequent scenes will then see Alf depart. The question is: is this really it? Have we seen the last of Alf Stewart in Summer Bay?

‘Well, I don’t know,’ said Ray. ‘He’ll go to Merimbula and I would have thought that one of the missions in Merimbula would be to try to bring Martha back to Summer Bay.

‘The options really are to get Martha to come back to Summer Bay, or Alf stays in Merimbula for good, or there’s some sort of compromise where they both spend time in Merimbula and some time in Summer Bay.

‘The fourth possibility would be for Alf to go back to Summer Bay and keep these businesses running and all of those friendships going and visit Martha on a regular basis.’

Ray added that Alf would be ‘devastated’ at the thought of leaving the Bay forever, explaining that there is a lot of people he ‘loves dearly’ who reside there.

‘So, it’s a big deal for him to leave the bay, and not just for selfish reasons, he’d probably be naive enough to think: “Well, I don’t know how the bay’s gonna get on without me!”

Home and Away air weekdays at 1:15pm on Channel 5, with first look episodes airing at 6:30pm on 5Star.