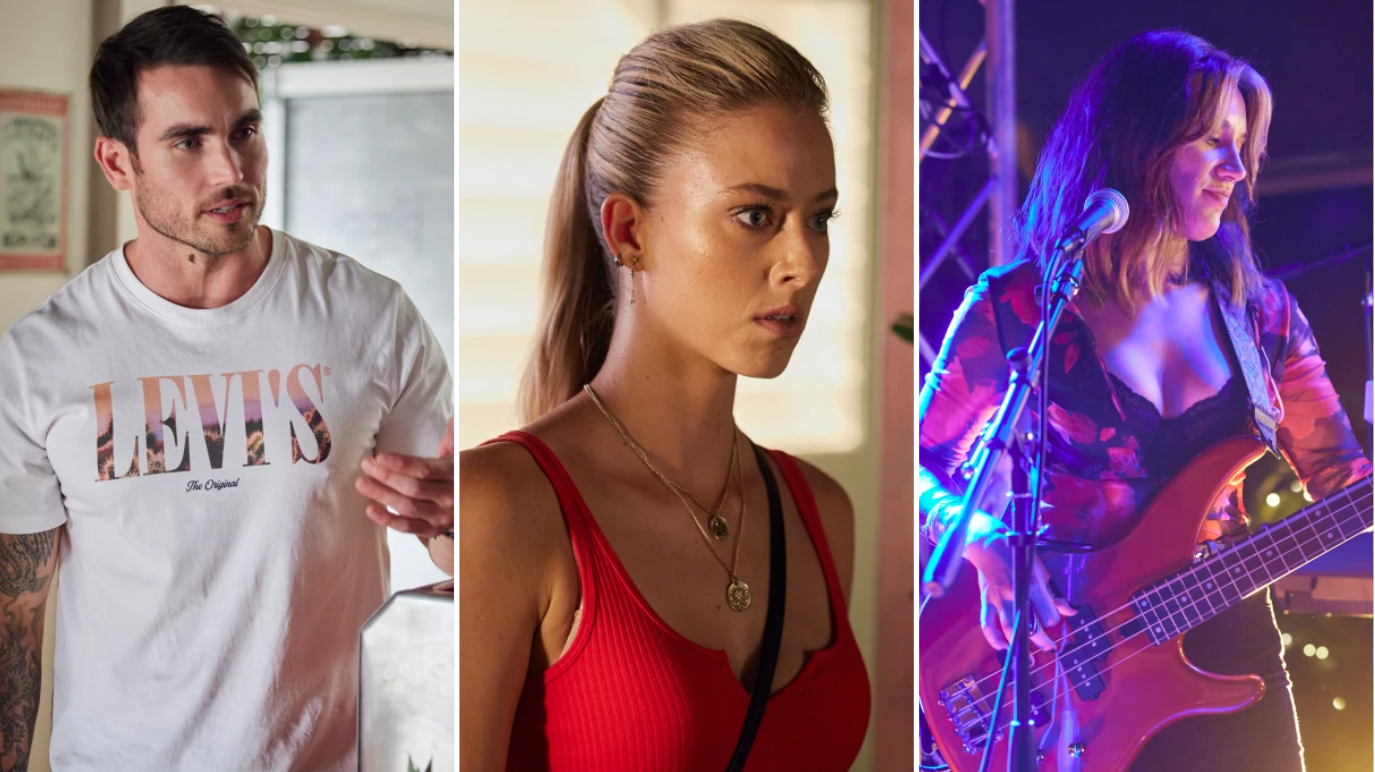 Eden (Stephanie Panozzo) and Cash (Nicholas Cartwright) have been enjoying their secret romance, taking every opportunity to sneak off together.

When Eden is walking outside the Surf Club with Remi (Adam Rowland), Cash grabs her and they make out in the bushes, giggling away while Remi rolls his eyes and keeps going. Eden warns that Felicity could catch them at any moment, but Cash feels like living a little dangerously.

Later, Felicity (Jacqui Purvis) asks Eden if she can keep an eye on Cash as he’s been strangely absent later. Eden is filled with guilt and agrees, while Remi can’t help but grin. Eden struggles to keep her composure – how is she meant to navigate this obstacle? Remi warns her that if she’s falling for Cash, she’s entering dangerous territory as Cash isn’t in a good place, but Eden is happy to keep going as she is.

That evening, in Salt, Felicity is wondering if Cash is working and Eden blurts out that he is. Felicity frowns, wondering how Eden would know that. As she watches Eden obsessing over her phone, Felicity begins wondering if Eden is doing more than just keeping an eye on Cash. At home, she tries to start a conversation with her brother, but he darts out of the house.

Watching from the window, Felicity sees Cash walking over to Lyrik’s place and she realises what’s happening.

Not one to watch quietly from the sidelines, Felicity wastes no time in cornering Remi and asking him – how long has Eden been sleeping with her brother? Remi can’t lie to Felicity, but he isn’t going to give any details either. It’s not his business – or Felicity’s.

However, Felicity is a woman on a mission and she decides it’s time to hunt down her best friend and her brother.

Oblivious to what’s coming, Cash and Eden are waking up in bed together and beginning to enjoy a romantic morning under the sheets. But they’re suddenly interrupted by Felicity bursting through the door, catching them in the act. She’s furious, Cash is awkward and Eden is devastated…