The Duchess of Cambridge has Kensington Palace, Anmer Hall and Adelaide Cottage to call home, but she once lived in a London flat with her sister Pippa Middleton.

Before marrying Prince William, the Duchess resided in a stunning apartment on Old Church Street in Chelsea, London, sharing with her sibling. The Duchess’ parents Carole and Michael bought the property for £780,000 back in 2002 and sold it for £1.88million in September 2019.

Now, the Duke and Duchess of Cambridge share their home with their three children Prince George, Princess Charlotte and Prince Louis. Kate’s sister Pippa lives close by to their former Chelsea property at a £17million mansion with her husband James Matthews and their son Arthur.

When it went on the market, photos were released showing its cute country interiors, including a look at the master bedroom, complete with London bus cushions, which was previously occupied by the Duchess herself…

It was decorated with white walls and cream carpets, and featured a large window with white frames and cream and red floral curtains draping on the floor at either side. Kate had a large white wardrobe with brass handles, and a matching chest of drawers at the end of her bed. Her bed, meanwhile, had a cream headboard and was dressed with blue bed linen and two cushions featuring London’s iconic red buses.

MORE: Inside Kate Middleton and Prince William’s beautiful country retreat where they are currently living

Two wooden bedside tables were positioned at either side, holding identical desk lamps with white shades. There was also a cream patterned rug on the floor, and a white wooden radiator cover beneath the window, and the room had its very own en-suite bathroom. Two further bedrooms and a family bedroom were located on the same floor, the third. 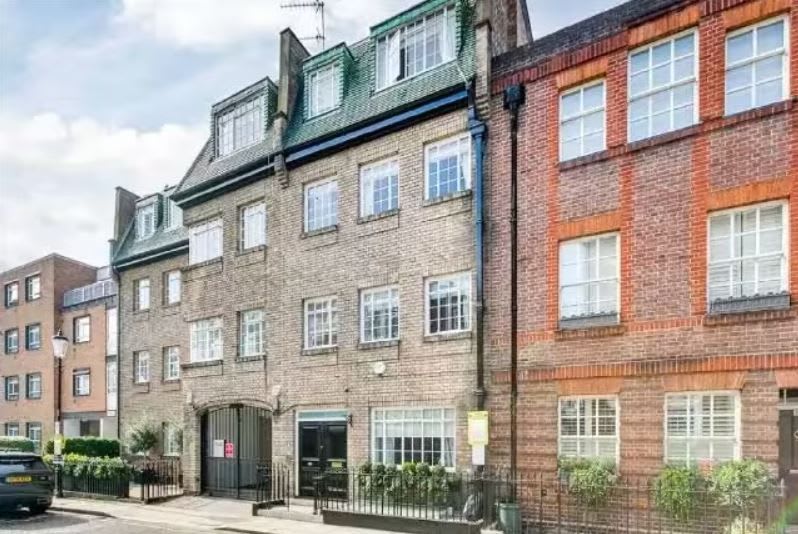 According to the flat listing in 2019, the bedroom also boasted “a picturesque view onto Justice walk and over the chimney pots of Old Chelsea.”

In total, the home is formed of three storeys with three bedrooms, two bathrooms, a large living room, dining room, kitchen and an additional guest bathroom.

Make sure you never miss a ROYAL story! Sign up to our newsletter to get all of our celebrity, royal and lifestyle news delivered directly to your inbox.