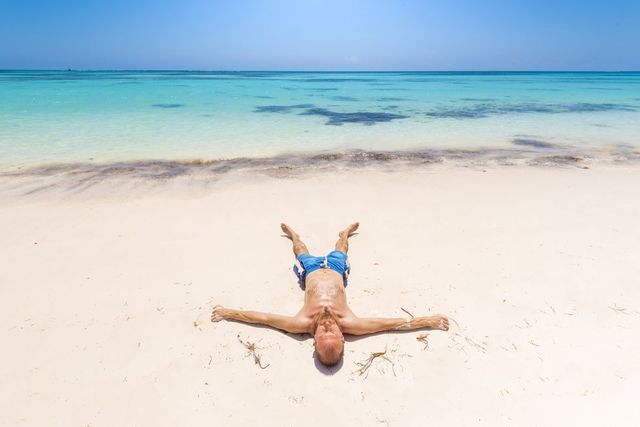 Now that we’re officially in the swing of summer, you’ve probably got an exotic beach getaway or weekend island jaunt planned — and everyone knows that one of the best parts of traveling is indulging in new and delicious foods.

But what if you sit down for your highly anticipated vacation meals and discover you have no appetite at all? In fact, the taste of food — or just the thought of it — makes you feel sick. So instead of sampling the local cuisine, you’re inexplicably battling nausea, fatigue, and crankiness.

As it turns out, vacation-induced constipation (VIC for short) (and its polar opposite, traveler’s diarrhea) aren’t the only potential gastrointestinal side effects of travel. Some people find that they can’t eat when they travel, which can put a serious damper on their summer vacations.

So what causes this and how can it be prevented? Here’s how to keep your stomach happy while you’re away from home, so you can truly enjoy all those places you bookmarked on Yelp.

Why do you lose your appetite when you travel?

Travel involves changing up your daily routine, which can throw your body’s rhythm out of whack. “There are stresses — both positive and negative — associated with travel,” Poppers says, citing everything from the excitement of going somewhere new to the hassle of getting to the airport.

For some people, travel can yield tremendous health benefits, from improving your sex drive to helping you lose weight. But for others, it can have the opposite effect. That’s because the changes to your daily routine actually cause the body to activate its fight or flight response, which is triggered by chemicals called catecholomines that can help us mobilize for action. And the body responds by temporarily shutting down the appetite centers in the brain and slowing digestion to send blood to body parts needed for the fight or flight response — mainly the heart, lungs, and muscles.

People with baseline anxiety and gastrointestinal issues are especially prone to having trouble eating while traveling, and disruption of sleep patterns, jet lag, and dehydration can also contribute to the problem. But Poppers says it can be an issue for pretty much anyone.

“There are tremendous connections [between the brain and the gut],” Poppers says. “So that’s why when some people are stressed, they may have anxiety that causes alterations of appetite.”

How can you avoid gastrointestinal issues when you travel?

If you’re worried about losing your appetite during your weekend beach getaway, Poppers says to try to maintain your daily routine as much as possible by doing activities that relax you. This could involve yoga or meditation, but if these aren’t typically a part of your routine, opt for whatever is — whether that’s listening to your favorite music or watching a TV show you like.

If you do encounter food issues when you travel, Poppers recommends documenting them in a food diary and avoiding common triggers, such as caffeine, alcohol, and gassy vegetables.You should also try to avoid exotic foods and instead opt for your favorites and go-tos.

“You know your body better than anyone, and that’s the ultimate weapon to combat these symptoms,” he says. As long as you listen to your body and take it easy on yourself, you can enjoy those lobster rolls and strawberry daiquiris on the boardwalk.