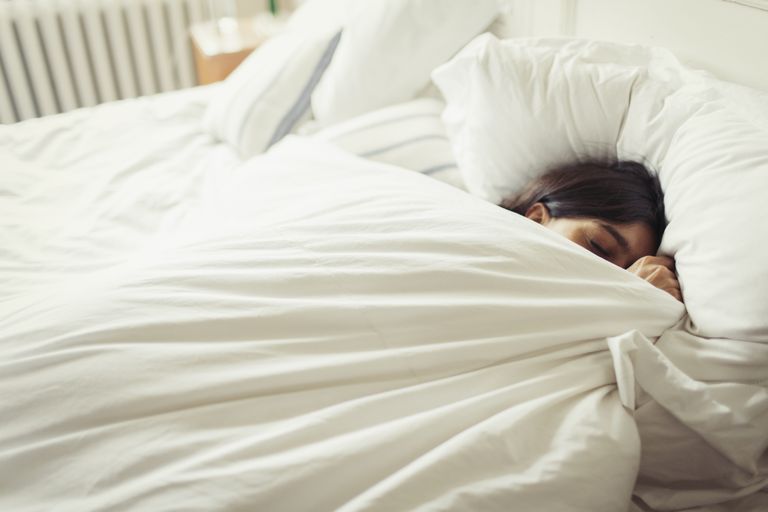 So, finally, afternoon shut-eye—once associated with laziness and cranky toddlers—has become cool, says Philip Gehrman, Ph.D., an assistant professor of psychology at the University of Pennsylvania.

Thirty minutes of sweet slumber at a trendy nap studio will cost you about 20 dollars.

And for good reason: Midday sleeps can reduce drowsiness while seriously improving performance, productivity, creativity, memory, and mood. They may even rev your immune system and slash your risk for cardiovascular disease.

That said, mistreat nap time and you compromise p.m. sleep, negating all your best efforts. Here’s how to nap like a pro.

If you need a quick pick-me-up, a nap that lasts between 15 and 30 minutes (not including the time it takes to conk out) will spike alertness, says Gehrman.

Feeling mentally blocked? Opt for a longer hibernation. “A 90-minute nap can help you decompress and get creative juices flowing, because it covers a full sleep cycle, taking you from the lightest to deepest stages of sleep and back so you wake up refreshed,” says Sara Mednick, Ph.D., an associate professor at the University of California at Irvine, and author of Take a Nap! Change Your Life.

But, be vigilant about your nap timing: Waking mid-cycle (when you’re in the deepest rest stage) can cause sleep inertia, that groggy feeling that can be hard to shake, so set an alarm, and don’t hit the snooze button.

To fend off post-nap fuzziness after slumber of any length, plan an activity (like dinner with a friend) that requires you to make decisions (e.g., what to wear) 20 minutes after you rouse. This gives your mind and body time to awaken and a reason to perk up.

Debating whether to gym it before or after your nap? Choose the latter. Exercise can stimulate the brain, making sleep more diffiult. And you don’t want to miss out on those Zs: “While exercise has its own energy-boosting benefits, it doesn’t give your brain and body the rest they need to recoup,” says Gehrman.

Want more incentive? Many fitness experts swear a power nap (half-hour, tops) can pump new life into your sesh. If this strategy really doesn’t suit your schedule, don’t stress; just sweat at least two hours before you hope to crash. That’s plenty of time for your elevated heart rate and body temperature to drop back to normal so you can pass out quickly.

Be as consistent with your naps.

Try to nap around the same time every day (even if you can only fit in weekend rests). “By sticking to a schedule, your body learns when to power down, so you can fall asleep faster and be less disoriented when you wake up,”says Gehrman.

Most people naturally feel fatigued between 2 and 4 p.m., but if your body gives tiredness cues (your head starts to drop, you feel foggy, or you can’t stop yawning) earlier or later, that’s the time you should curl up.

The exception: if you don’t get a chance to fulfill the urge until three or four hours before bedtime. Snoozing that late can sabotage nighttime winks, so instead, try to hit the hay a half-hour earlier.

Make yourself as comfortable as possible.

Some people claim napping sans blanket or with a light one prevents oversleeping, but you’ll likely end up tossing and turning because you’re not comfy, Gehrman says. Worse, you’ll condition yourself to link putting your feet up with wakefulness, which, in the long run, can mess with your ability to fall and stay asleep.

So go ahead and find a snuggly spot to get cozy—may we suggest the couch? “I wake up easier from my sofa, because my mind separates it from actual bedtime,” says Mednick. Once again, the most important factor in great napping is consistency.

Don’t push yourself to take a nap if you just can’t.

Here’s the thing: Not everyone is a napper. In fact, about 50 percent of people don’t benefit from naps in terms of alertness and productivity, according to Mednick’s research.

If you’re a non-napper, you probably have a monophasic circadian rhythm, which is a fancy way of saying you rise and fall (into bed) with the light-dark cycle, rather than being able to doze whenever. But it could also mean you’re simply well rested (props!).

Give yourself a month of thrice-weekly attempts before formally denouncing naps. If by then you still can’t snooze, or you wake up more tired or cranky, try meditation or “quiet rest”—where you’re awake in a dimly lit area but not taking in new info (so no reading or Netflix!).

This article originally appeared in the July/August 2018 issue of Women’s Health magazine. For more great advice, pick up a copy on newsstands now!