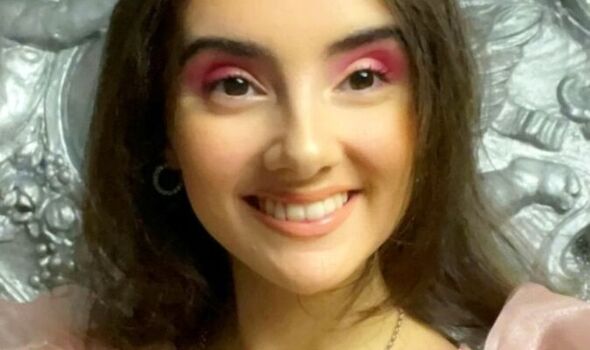 Ellie Musgrove started experiencing severe headaches and neck pain after her 21st birthday in January, but she knew it was more than just a hangover after only celebrating with two alcoholic drinks. The 21-year-old then realised she couldn’t see properly when she was plucking her eyebrows – her vision was impaired with black spots and double vision. Her GP prescribed antibiotics over the phone for an ear infection, but when her symptoms didn’t improve she decided to book an appointment with the opticians.

Assuming she just needed glasses, Ellie visited Specsavers with her dad, Mike, 54, a commercial landlord, on March 20, before being rushed to Salford Royal Hospital, Greater Manchester, after the optician noticed swelling of her optic nerve.

Just 12 hours later, she underwent emergency brain surgery to drain excess fluid around her brain, before undergoing an MRI the following day which revealed she had a brain tumour which had caused Addison’s disease – an uncommon disorder that occurs when your body doesn’t produce enough of certain hormones.

Ellie will now need to take steroids for life to manage the uncommon condition, but is thankful she went to Specsavers when she did after being told by doctors that another day without action could have proved fatal. 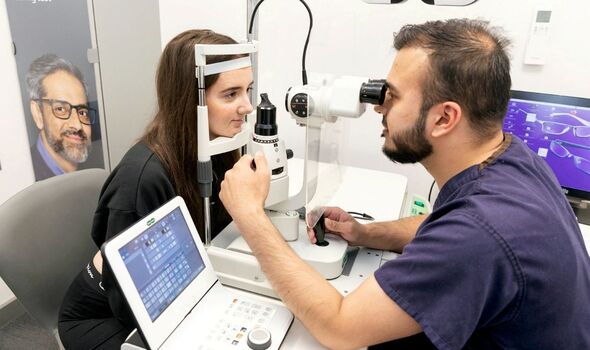 Ellie, a support carer from Manchester, said: “I knew my headaches weren’t down to being hungover because we celebrated my birthday with a quiet family meal out – nothing crazy.

“I never get headaches, but these were terrible. I thought I’d just slept funny which was making my neck hurt.

“My life has been turned upside down, but it could have been a lot worse – I keep reminding myself of that.

“I’m glad I went to Specsavers when I did – I’m grateful to the optician and the doctors for saving my life.” 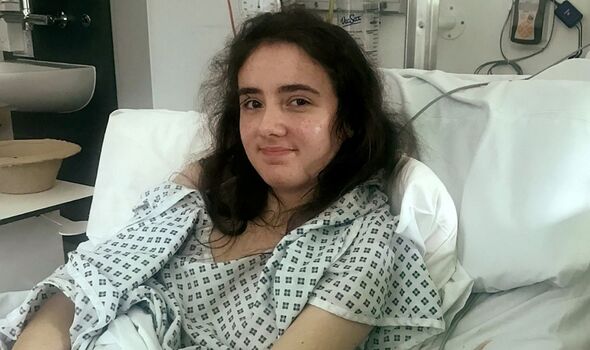 Ellie’s symptoms started just after her 21st birthday on 5th January 2022, when she was experiencing severe headaches along with neck pain.

“I also had blurred and double vision, black spots and started to hear pulsating whooshing heartbeat sounds,” she said.

“My headaches and neck pains seemed to be worse in the mornings and evenings but were still in the background throughout the day.

“My GP suspected I had an ear infection and prescribed antibiotics and Ibuprofen, but my symptoms didn’t improve.

“I decided to make an appointment to see my optician at Specsavers.”

Heaton Park Specsavers optometrist, Aqeel Mahmood said: “At the time, Ellie made an appointment when she couldn’t get to the bottom of her severe head and neck aches and impaired vision.

“I noted swelling of the optic nerves in both eyes and this, in conjunction with Ellie’s symptoms, indicated that something was seriously wrong.

After numerous scans and tests that day, Ellie was transferred by ambulance to the neurology department at Salford Royal Hospital.

She was diagnosed with hydrocephalus – a build-up of fluid deep within the brain – caused by a brain tumour and required emergency surgery to drain the fluid.

“I went from having my eyes tested at 11am to having emergency brain surgery by 11.30pm on the same day,” Ellie said.

“An MRI scan the following day confirmed I had a benign brain tumour between the pineal and pituitary glands, which was blocking the fluid flow around my brain.

“I was also diagnosed with Addison’s disease. The tumour is affecting my pituitary gland, which is a devastating blow as I will have to take hydrocortisone steroids for the rest of my life.

“I am slowly but surely recovering and will now have regular MRI scans to keep check on the tumour.

“The neurosurgeons think it’s a slow-growing tumour, that only 1% of people develop, so hopefully I won’t need surgery to remove it anytime soon.

“I may well need further surgery if the fluid builds up again, but at least I know what the symptoms are now.

“My life has been turned upside down, but I, along with my family will be forever grateful to Aqeel and the Specsavers team.

“If it weren’t for them, I would not be here today, they saved my life.

“I would also like to thank the medical teams at Manchester Royal and Salford Royal Hospitals – they looked after me so well and were so caring.”