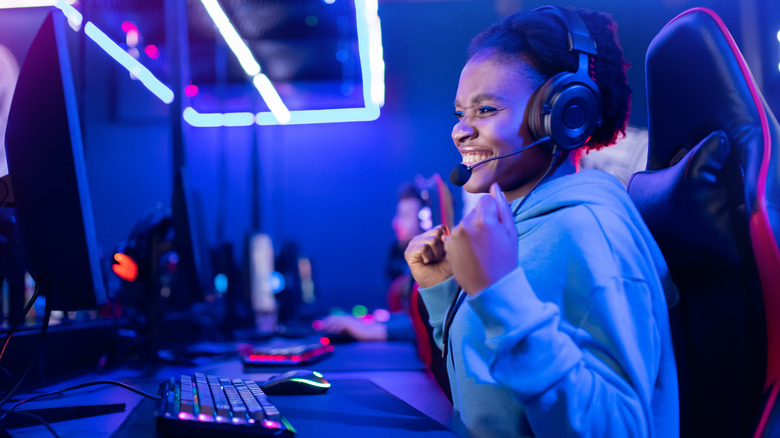 If you listen to the scare stories, you might think one of the greatest ills to befall society over the past few decades has been the invention of video games. Parents are warned that if they let their child play too many games, those kids will wind up dropping out of elementary school, taking up residence in their basements for all eternity, and surviving off nothing but Mountain Dew and Skittles. (Mountain Dew actually embraced its role in this cliché by developing a product called Game Fuel, an energy drink designed with gamers in mind.)

On the much, much darker side, the increasing popularity of video games has even been correlated with a horrific rise in mass shootings. From the Columbine shooters to the lone gunman who took the lives of 17 people at a high school in Parkland, Florida, anecdotal evidence has seemed to pile up that people who play violent video games may themselves be prone to committing atrocious acts of violence.

What this so-called evidence seems to ignore, however, are the nearly 3 billion people worldwide who also enjoy gaming, per Statista, but nevertheless go about their lives in a relatively peaceful way. In fact, as Polygon points out, much of the “video games cause mass shootings” narrative is driven by the National Rifle Association, an organization that would prefer a ban on games rather than guns. Despite the hype, video games are not the root of all evil, but may actually do far more good than harm.

Violent games can actually help you let off steam 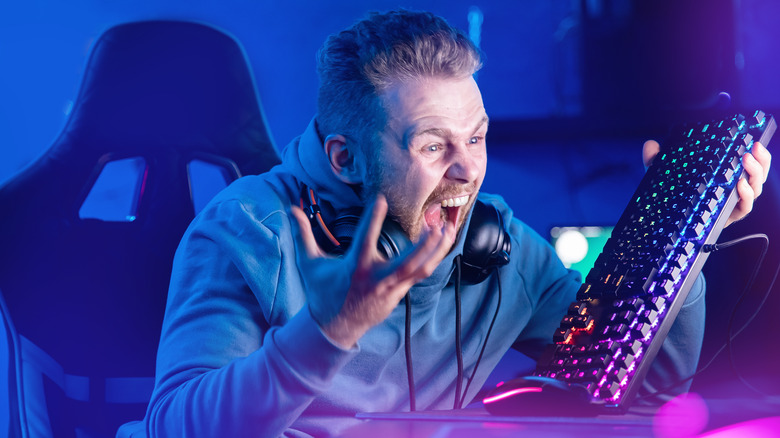 To start with the worst accusation made against video games, that violent gameplay can lead to real-world violence, it seems the opposite might be true. Violence in media is nothing new. As long as there have been movies, TV programs, books, even drawings on cave walls, humans’ inhumanity toward their fellow humans has been a popular topic. While no one wants to be the victim of crime and very few of us wish to commit them, there’s no denying they make for some high-quality entertainment.

Drawing a parallel between the so-called behavioral effects of violent video games on 21st-century youth and that of violence in movies on young people half a century earlier, a Stanford University study drew some surprising conclusions. The survey result, as reported in Vice, shows that while the 1950s saw a slight increase in violence that may have paralleled rising rates of movie violence, after that high-water mark, real-life violent acts decreased even as cinematic bodies continued to pile up.

When it came to video games, the 12 to 17-year-old gamers they studied were even less likely to commit acts of violence than their non-gamer peers, which actually makes a lot of sense if you think about it. Not only does gaming allow you to release aggression vicariously, but it also, as the old folks used to say, keeps you off the streets where you might be getting into trouble. 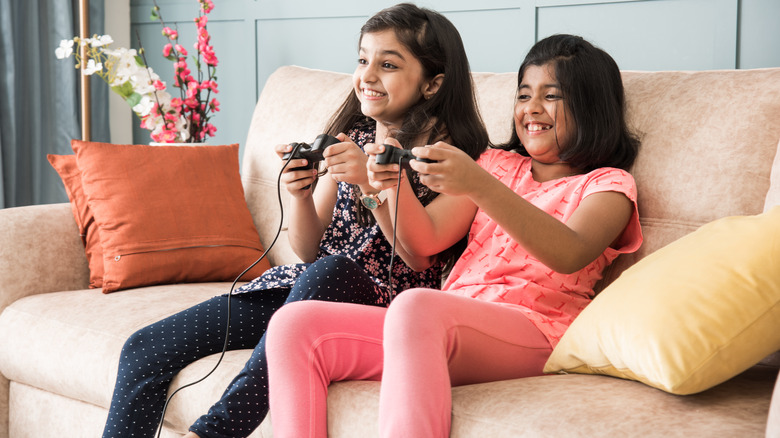 Yet another stereotype associated with gamers is that they tend to be socially withdrawn. In fact, spending a lot of time gaming was part of the diagnostic criteria proposed by researchers for determining whether hikikomori, the Japanese term for social isolation in its most severe form, qualified as a psychiatric disorder (via the National Center for Biotechnology Information). What people may be overlooking, however, is that most gamers don’t play in isolation, but may in fact be interacting in a virtual space with people from all over the world.

Data compiled by the Pew Research Center cites the fact that the vast majority of teens, ranging from 59% in rural areas to 78% in urban areas, play video games with others, whether these are IRL friends or acquaintances or online-only ones. Andrew Fishman, LCSW, a Chicago-area social worker, considers gaming to be largely beneficial, allowing as it does for people to interact with others even when their opportunities for face-to-face meetups are limited.

Writing for Psychology Today in 2019, Fishman noted, “This is particularly true for people with difficulty spending time with others in-person, like those with major depressive disorder, autism spectrum disorder, and social anxiety disorder,” characterizing video games as “a safe place to experiment with social interactions for vulnerable people.” A year later, National Geographic pointed out that in-game socialization was also a lifesaver for the millions of kids isolated by the COVID-19 pandemic. 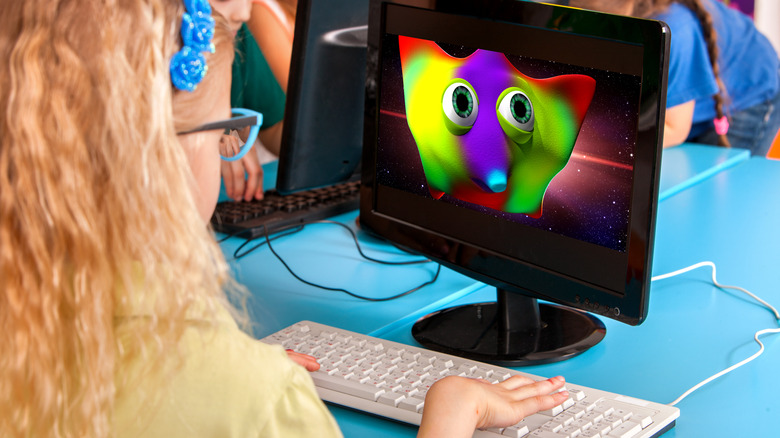 It is ironic that one of the stereotypes often associated with kids playing video games is that the more they play, the poorer their school performance will be. As it so happens, gaming is actually a powerful learning tool, and not only if the games themselves are of the intentionally educational variety. Fast-paced action games, in particular, may increase brain capacity, according to studies performed at the University of Rochester.

According to Daphne Bavelier, a professor whose area of research encompasses brain and cognitive sciences, “Prior research by our group and others has shown that action gamers excel at many tasks.” As she explained, “In this new study, we show they excel because they are better learners and they become better learners by playing the fast-paced action games.”

Many educators have also embraced the use of video games as learning tools. An article in Education Week notes that not only does gaming increase the spatial skills necessary to succeed in the STEM fields, but that other areas across the curriculum can also be enriched by gameplay. Classroom teachers are now making use of tools like iCivics, a game developed for the specific purpose of allowing students to gain an understanding of how the political system works without falling asleep from boredom. Teachers are also getting creative by designing humanities lessons around games like World of Warcraft and using Rome: Total War to shake the dust off ancient history (via Roman Army Talk).

The military is looking for a few good gamers 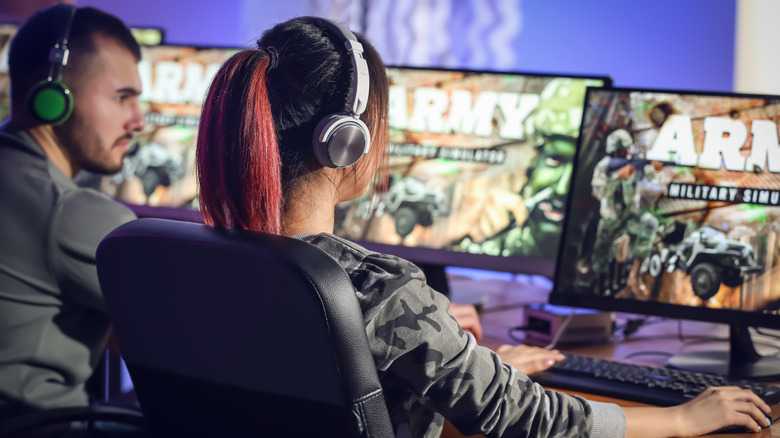 Military-themed video games are a favorite with many players. Whether these games take place in the past, present, or future (the Call of Duty franchise alone spans a wide range of time periods and settings), they all feature the gamer acting as part of a team of soldiers consisting of fellow gamers or NPCs. As the research from one Ph.D. candidate at the University of Massachusetts shows, there is some correlation between interest in military video games and the likelihood that a gamer will support or even enlist in the military.

The Department of Defense must be thinking along the same lines, as The Nation speaks of recent recruitment campaigns that are specifically targeting gamers. Not only do the Army, Navy and Air Force all field their own e-sports teams, but they’re having those teams live stream on Twitch. These streamers not only play military games, but they also slip in a bunch of comments about how these cool in-game experiences parallel their real-life ones.

They also spend hours on end chatting with anyone who wants to hear more about the whole military experience. Not only does reaching out to Twitch’s millions of users greatly expand the military’s pool of potential recruits, but it allows them to reach people with the skills they’re looking for. Today’s high-tech military operations, for example, often involve the use of drones, and they’ve found that gamers make the best drone operators.

Yes, you can make a living playing games all day 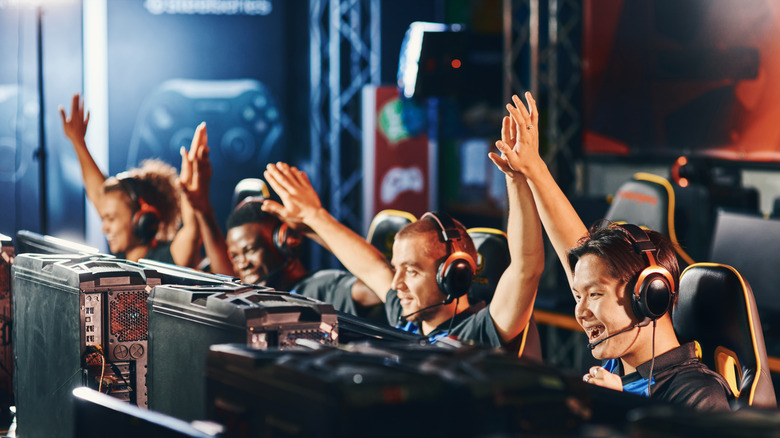 As long as there have been “fun jobs” such as those in sports or entertainment, there have been moms and dads telling their kids, “You’ll never be able to make a living from [insert name of enjoyable activity here].” Well, statistics are sadly on Mom and Dad’s side, since the more fun the job is, the more competition there’s likely to be to land it. Jobs in the glamour-free fast-food industry, on the other hand, tend to have a much lower bar to entry.

Still, with a lot of hard work, as well as an enormous amount of luck on your side, there’s always a chance that you’ll be able to realize your rock & roll or sports star dreams someday, and the same holds true for being a professional video gamer. Yes, extremely out-of-date parents, that is a thing now, and has been for quite some time.

According to SuperJump, the average eSports pro could make nearly $75,000 per year, although winning a major tournament could result in a nice bonus of a few million. You can also make money via streaming, with the top-tier streamers also earning hundreds of thousands or even millions per year from sponsorships and paid subscriptions. While Make Use Of notes that there’s very little room at the top in either field, there are other ways to make money from gaming ranging from creating guides and tutorials to writing about gaming to selling in-game items. 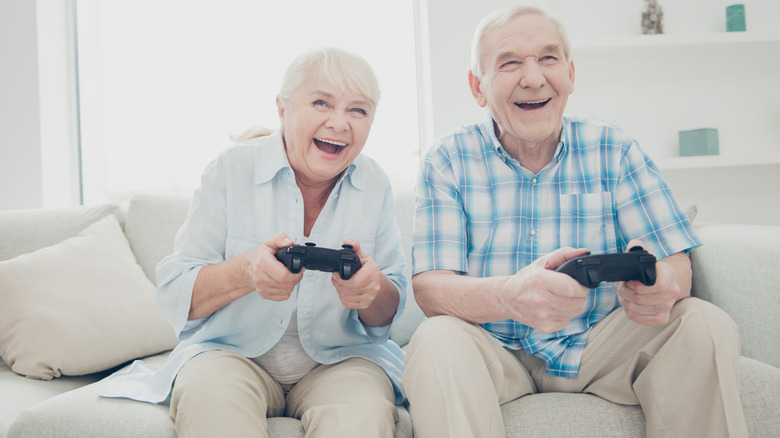 While the stereotype of a gamer tends to be someone in their teens or early 20s, gaming isn’t just a Gen-Z thing. Game consoles have been around in some form or other for a few decades now, so first-generation gamers may well be Millennials or even Gen Xers. Yet another group, though, could well be the biggest beneficiaries of certain benefits gaming has to offer: aging Baby Boomers.

According to the National Institute on Aging, one of the best ways to prevent age-related cognitive decline is to be exposed to new places, but health and/or finances often prevent people from getting out and about in pursuit of stimulating experiences. Luckily, it seems that video games may also serve to bring new horizons right into our homes.

Super Mario 64, in particular, has been the subject of at least two different studies. NIA researchers found the 3-D game to improve memory in test subjects after several weeks of gameplay, and this improvement persisted even after they were no longer playing the game every day. Another research study (via PLOS) found that playing Super Mario 64 increased the number of those “little gray cells,” as Hercule Poirot would say, in 3 different areas of the brain: the hippocampus, the cerebellum, and the dorsolateral prefrontal cortex. The more gray matter in our brains, particularly in the hippocampus, the more likely we are to avoid experiencing neurological difficulties as we age.