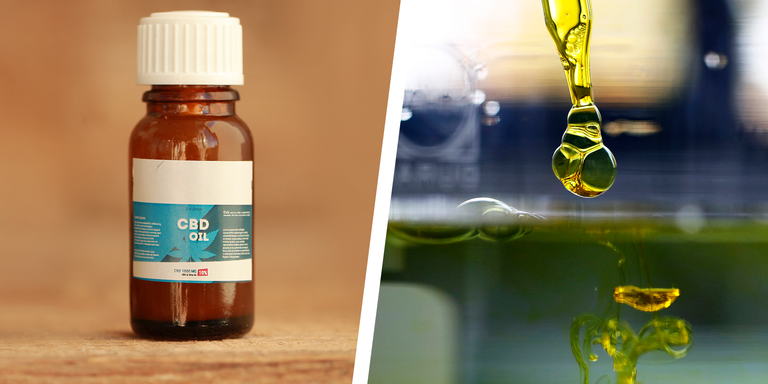 What is CBD, or cannabidiol, that everyone’s buzzing about? If you don’t already, you’re about to see this stuff everywhere.

We’re on the edge of a CBD explosion. The U.S. market for CBD products is estimated to be worth $2.1 billion by 2020, up 700 percent from 2016; the World Anti-Doping Agency removed CBD from its list of banned substances; the Food and Drug Administration just approved an epilepsy medication containing CBD oil for the first time.

You can rub CBD oil on your skin or drop it under your tongue; you can eat it as a sugarcoated gummy or drink it as a Goop-approved cocktail. There’s evidence (some scientific, plenty anecdotal) that it helps with epileptic seizures, opioid addiction, PTSD, arthritis, anxiety, insomnia, nausea, chronic pain, and much more. If you believe the hype, CBD can do just about anything for your physical and mental health — and it won’t get you high as a kite.

Since CBD seems to be on everyone’s lips — literally — let’s run through what CBD is, what CBD does to your body, and whether CBD is legal.

The cannabis plant contains more than 100 different chemical compounds known as cannabinoids, which interact with the body’s endocannabinoid system in ways that researchers are still working toward understanding.

One of those cannabinoids is CBD, or cannabidiol (pronounced cann-a-bid-EYE-ol). CBD is non-psychoactive, which means it won’t get you high — and there’s a growing body of evidence that it has a number of health benefits.

CBD vs. THC: What’s the difference?

The main one is that CBD will not make you high. Of all those different cannabinoids found in the cannabis plant, the two best known are CBD and THC, or tetrahydrocannabinol.

CBD and THC are both found in marijuana, but it’s the THC that’s responsible for weed’s mind-altering effects. THC is psychoactive; CBD is not. As long as your CBD products don’t contain THC — or contain very small amounts of it — you can reap their potential benefits without going full Pineapple Express.

What are the benefits of CBD?

There’s plenty of anecdotal evidence that CBD helps treat a variety of ailments. People are turning to oils, gummies, and other CBD food and drink products to relax at the end of a long day. Retired NFL players are using CBD to manage physical pain, debilitating headaches, and sleeplessness. Spa clients are even using CBD skin products to fight signs of aging.

We’re still in the early stages of understanding CBD’s effects on the body, but there’s already scientific evidence — some of it funded by the U.S. government — that CBD has legitimate medical benefits, too.

To name just a few: Animal research and small-scale human studies have pointed to CBD’s anti-anxiety and anti-inflammatory properties, NPR reports. A study is underway to see how CBD helps patients with PTSD and alcohol use disorder, and another is exploring how CBD might help curb drug cravings in people with opioid addiction. Cannabinoids like CBD may also be effective at treating cancer-related side effects, according to the National Institutes of Health.

You’ve probably come across a viral story about CBD’s seizure-fighting capabilities in patients with epilepsy.

“I have seen cases where a child who’s having hundreds of seizures a day got put on CBD and had a truly phenomenal benefit,” Dr. Orrin Devinsky, MD, director of the Comprehensive Epilepsy Center at NYU Langone Health, tells MensHealth.com — though he adds that those miracle cases happen fairly infrequently.

“We should absolutely test CBD across as many epilepsy syndromes as possible.”

Devinsky puts more weight behind the scientific advancements: In June, the FDA approved an epilepsy drug called Epidiolex, which contains a purified form of CBD oil. In controlled clinical trials, the drug was proven to reduce seizures in people with Dravet syndrome and Lennox-Gastaut syndrome — and it didn’t produce as many of the unpleasant side-effects that come with other epilepsy medications.

“It’s exciting,” Devinsky says — but he still has questions. Dravet syndrome and Lennox-Gastaut syndrome comprise “well under 5 percent” of epilepsy cases in the U.S. “What about the other 95 percent, with regard to CBD?” he asks.

Studies on CBD and epilepsy with focal seizures, for instance, showed the compound was no more effective than a placebo.

“The jury’s still out,” Devinsky says. “This is why we do science. People who think they know ahead of time are often wrong. My own view is to be humble, skeptical, and open-minded. We should absolutely test CBD across as many epilepsy syndromes as possible.“

Effectively. While the U.S. Drug Enforcement Administration still classifies marijuana and its extracts — including CBD — as illegal, because the FDA’s declaration that Epidiolex is a “safe and effective” treatment option, CBD has to be reclassified lower on the DEA’s Controlled Substances Act, and it must happen in the next 90 days, per a DEA spokesperson.