A vitamin B12 deficiency is far more common than people think, with many living their lives suffering from ailments which could be improved by simply adding more B12 into their diets. A strange-looking tongue could signal you are lacking in the vitamin and need to make some vital changes.

Studies have shown that a swollen and inflamed tongue that has long straight lesions on it could be an early sign of vitamin B12 deficiency.

Additionally, some people with a B12 deficiency may experience other oral symptoms such as mouth ulcers, feelings of pins and needles in the tongue or a burning and itching sensation in the mouth.

An early sign of a B12 deficiency may be a red and swollen tongue. 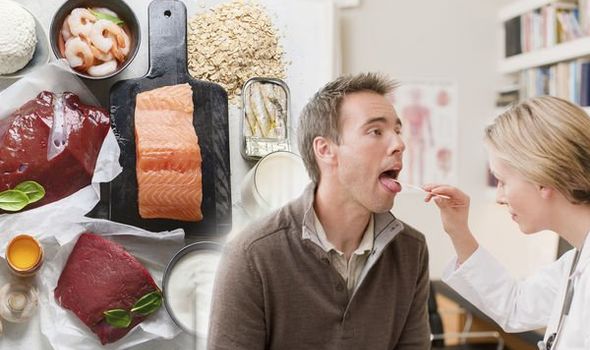 In a study published in the National Library of Medicine, glossitis with linear lesions being an early sign of a vitamin B12 deficiency was investigated.

The study noted: “The classic oral manifestations of vitamin B12 deficiency is considered nonspecific.

“We describe four patients with oral linear lesions associated with vitamin B12 deficiency.

“Patients were free of neurologic symptoms and anaemia at diagnosis. We believe that glossitis with linear lesions is an early clinical sign of vitamin B12 deficiency.”

In another study, the clinical manifestations of the mouth revealing vitamin B12 deficiency was analysed.

“The association of manifestations in the mouth and Vitamin B12 deficiency is already known,” said the study.

It continued: “The signs are not specific to Vitamin B12 deficiency; however, they may reveal the deficiency, and this is often ignored and leads to delays in diagnosis.

“Since the oral signs appear before the modification in the systemic markers of deficiency, it is crucial that these signs be recognized and diagnosed before the occurrence of severe aftereffects.” 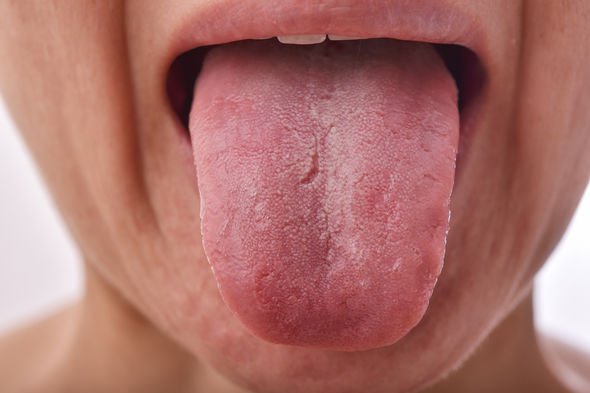 Symptoms of a B12 deficiency tend to develop slowly and may not be recognised immediately.

As the condition worsens, common symptoms include:

If you’re a vegetarian or vegan or are wanting alternatives to meat and dairy products, there are other foods that contain vitamin B12.

According to the NHS, alternative sources include yeast extract (including Marmite), as well as some fortified breakfast cereals and soy products.

“Check the nutrition labels while food shopping to see how much vitamin B12 different foods contain,” advises the health body.

It is important to note that if you have had neurological symptoms that affect your nervous system, such as numbness or tingling in your hands and feet, caused by a vitamin B12 deficiency, you’ll be referred to a haematologist and may need to have injections every two months, it adds.