Bachelorette star Clare Crawley, 40, has shared a new update on Instagram to let fans know that she is recovering after undergoing surgery to remove her breast implants. Clare, who was battling breast implant illness (or BII for short), has been very candid about her journey to surgery on social media.

Earlier this week, Clare explained to fans that she was getting her implants removed after learning “the toxicity that these implants can cause on our bodies, as it has done to mine.” “So I am stepping away from something that no longer serves me… not my heart, and certainly not my health,” she continued.

Then, on July 31, Clare shared that the surgery had been a success. “Surgery is officially done + I am on the road to healing!” she wrote in her latest Instagram caption. She thanked her doctors, saying “it wasn’t an easy decision, but they truly are the most compassionate team who truly want to help women like me heal from BII (Breast Implant Illness).”

Clare also thanked friends, family, and fans for their support. “And so I will continue to pass It on to anyone else who needs to hear this… our body shape does not define us or make us any less lovable or worthy. We are perfectly made just the way we are!” she finished.

While in recovery, Clare answered fans’ questions about her breast implant complications in videos posted to her Instagram Story. She explained that she had had her implants in for five years and experiences a variety of health problems she could never get to the bottom of. That’s a common complaint for many women with BII, which has been around since the 1990s.

To show fans the difference she’s noticed since the operation, Clare posted a picture comparing the dark circles under her eye the day before and the day after her surgery: 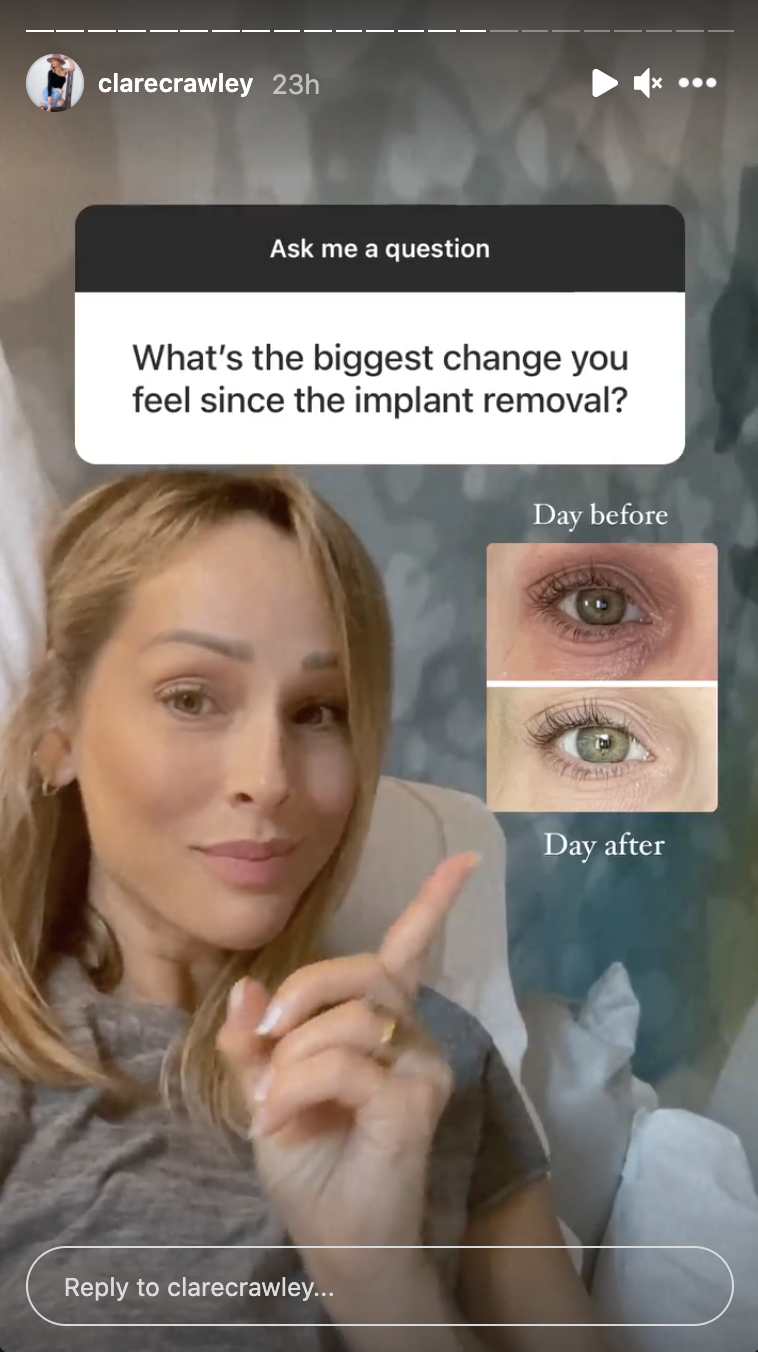 The difference is clear—her dark circles are almost completely gone in the “after” photo. Other symptoms of BII can include brain fog, joint and muscle pain, anxiety, depression, and hair loss, according to the FDA.

Clare also mentioned how stressed out she was in the days leading up to her surgery. “I was so nervous too,” she said about her decision to have the implants removed. “I was so scared, and I think that is so natural when you’re going into a surgery like this.” 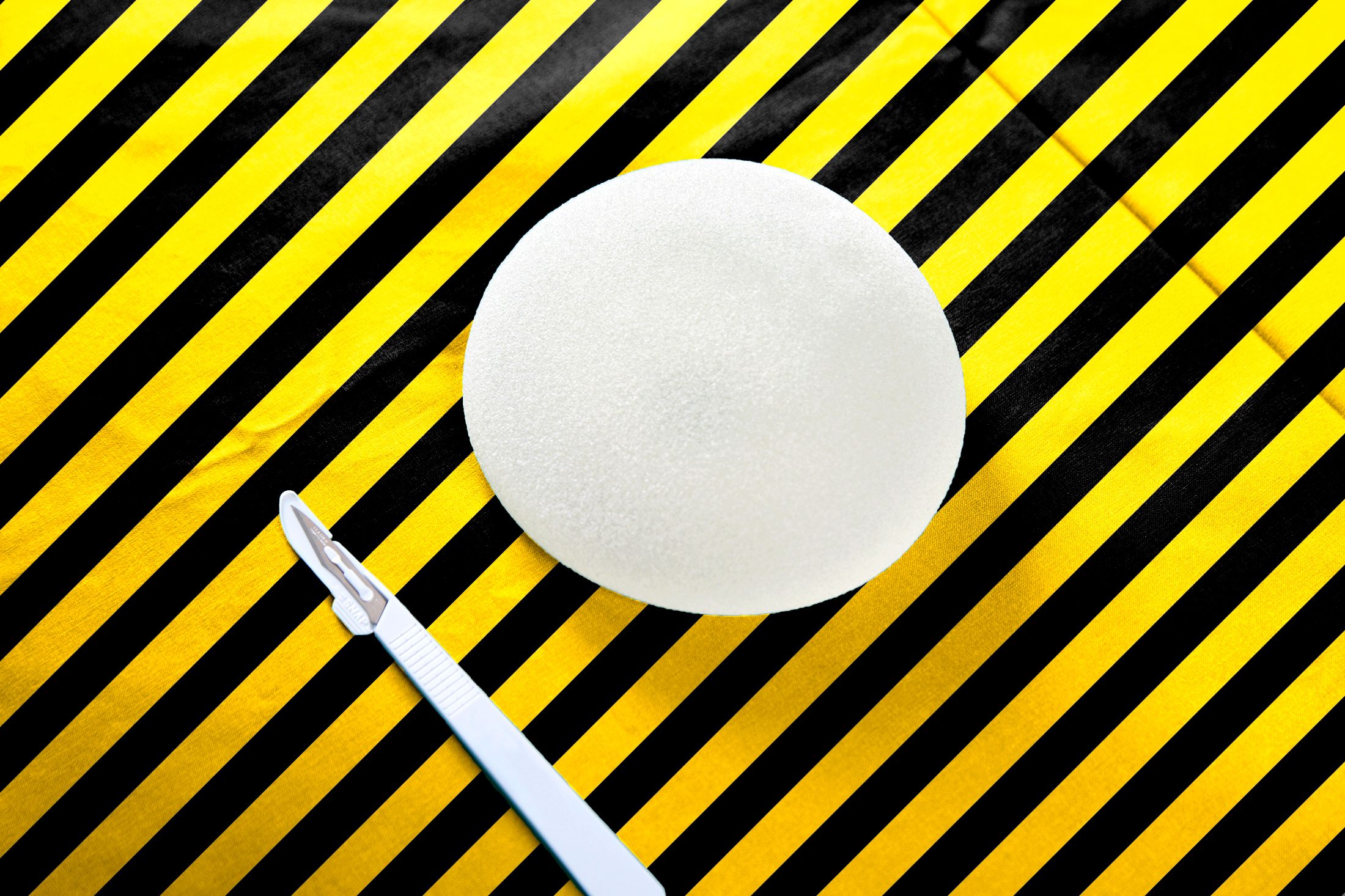 So far, Clare says she’s doing well and isn’t in any pain. “I have luckily, knock on wood, not had any pain,” she said, noting that she received a nerve block to help with any discomfort. “The most uncomfortable thing is having to wear two bras, it’s just really tight,” she added.

(A nerve block is when doctors use a needle to inject pain-relieving or anti-inflammatory drugs near a nerve to reduce pain. Epidurals are a common example, according to Johns Hopkins Medicine.)

When she woke up after the two-hour-long procedure, Clare said she instantly felt better. One fan asked if she regrets getting them removed, to which Clare replied, “not for one second.”