This article originally appeared in the December 2020 issue of Men’s Health.

YOU MAY not know the name Eric Goode, but he’s responsible for keeping you entertained and giving you something to talk about during the early part of the COVID-19 shelter-in-place.

As as one of the directors of Tiger King: Murder, Mayhem and Madness, and long before the term ‘new normal’ was near near anyone’s mind, the Netflix docu-series phenomenon gave audiences stuck at home nationwide a juicy, can’t-look-away obsession.

Like the rest of us, Goode has gone through a lot in 2020. He’s worked on new projects, traveled and even seen one of his previous projects reach heights that even he couldn’t possibly have expected.

But like everyone else, too, it’s been a year of learning, and a year of transformation.

Even though Goode is one of the people behind Tiger King doesn’t mean he was any more prepared for the way this year has gone—but he is also a conservationist. This aspect of his character, he says, is something he’s leaned on—and reaped the rewards from—in 2020.

The pandemic simultaneously began with The Tiger King. I had this captive audience at that very moment, which was surreal.

We did not want The Tiger King to be preachy. We wanted people to come to their own conclusions. 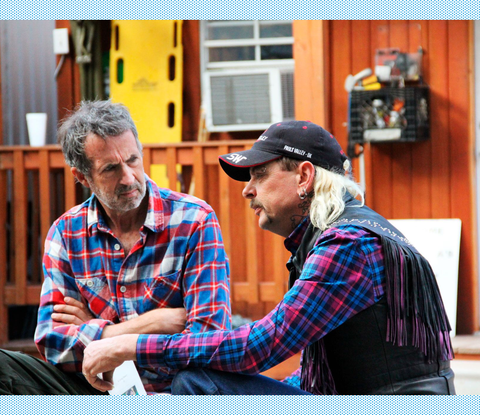 I think there are so many secret worlds outside of urban America that are fascinating.

As I’ve gotten older, I recognize that I can still be incredibly productive and arguably more productive without distractions.

I run something called The Turtle Conservancy which is a place, an organization, that mostly protects land around the world.

We bought 60,000 acres in Mexico with Leonardo DiCaprio and a number of other organizations. It’s one of the largest tracks of land ever purchased in Mexico for conservation, which protects mountain lions and all kinds of species.

The core issue for me right now is the existential issue facing life on earth, which is climate change. With things like COVID, it’s basically Mother Nature saying, “Stop, put on the brakes.”